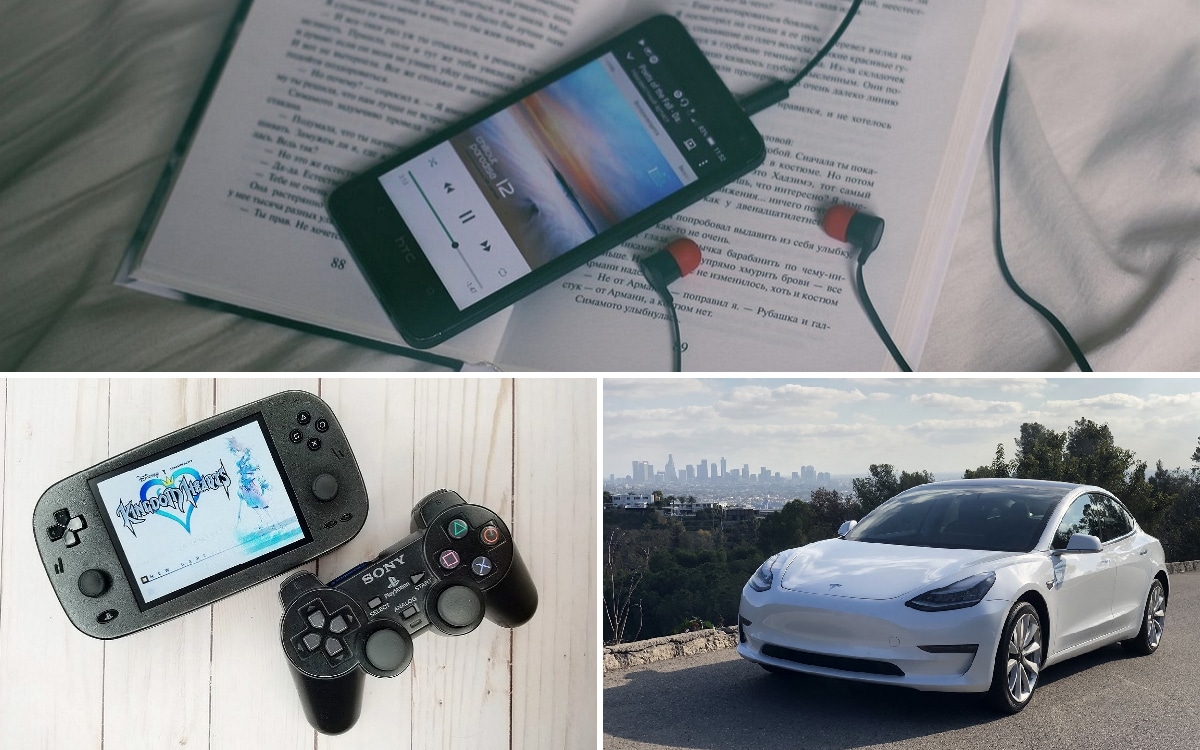 A Bluetooth headset explodes and kills its owner, a player sets up his own portable PS2, Antutu unveils its monthly ranking of the most powerful smartphones, here is the recap of the week!

Like every week, we offer you a recap of the news that marked the world of tech. We were delighted with news, such as this portable PS2 which made us all dream in the 2000s, or the AnTuTu ranking which once again crowns Xiaomi’s Black Shark 4 Pro. Tesla tries to cut a good figure with the price of its Model 3, but arranges reality to its sauce, and pCloud provides us with the list of 20 applications that consume the most battery.

20 Android apps that drain your battery

pCloud, an online data storage solution, has listed the apps that consume the most battery. On the podium, we find Fitbit, Verizon and Uber. Social networks also have pride of place in the ranking, with the presence of Facebook, Instagram, Snapchat or even LinkedIn. Couriers also want the autonomy of your smartphone, in particular WhatsApp, Telegram and Skype. As pCloud points out, “Facebook, Instagram, Snapchat, YouTube, WhatsApp and Linkedin allow 11 additional features to run in the background, such as photos, wifi, locations and microphone,” which explains this abusive use of the battery. Only solution : opt for alternative solutions.

A user dies because of his bluetooth headset

28-year-old Indian Rakesh Kumar Naga died of a malfunction in his Bluetooth headset that led to his explosion. While the student listened to music while studying, a power surge problem caused the explosion. It was indeed plugged into an electrical outlet. The accident severely affected the ears of its owner, who was immediately taken to hospital. Unfortunately, the latter did not survive his injuries and is died of cardiac arrest shortly thereafter. According to local reports, the helmet is an inexpensive model from a store in the area. A sad example of never leaving your electrical appliances plugged in during a power failure.

A little genius creates his own portable PS2

Who has never dreamed of taking their PS2 everywhere with them? While the PSP was a pretty good solution at the time, it lacked Sony’s extraordinary console catalog. Also, modder GingerOfOz took to the task of creating what everyone was waiting for: a portable PS2. For this, he used the same components as the classic console in a 3D printed chassis. According to him, it is thus possible to play all of the 4000 games included in the game library. All on a 5-inch 480p screen with built-in speakers. However, the device is not without its flaws: it does not have a CD player, which means that you have to download the games to a USB stick. In addition, it only offers 2.5 hours of battery life.

Antutu unveils the most powerful smartphones of July 2021

Each month its Antutu ranking. In July 2021, it is again Xiaomi Black Shark 4 Pro which rises to the top of the list. The smartphone has been unbeatable for 5 months in a row. The same goes for the rest of the podium, consisting of the ZTE Nubia Red Magic 6 Pro and OnePlus 9 Pro, each equipped with the Snapdragon 888. The processor is also present in all of the smartphones mentioned, proof of its relentless domination. On the mid-range side, we find the Mi 11 Lite in the lead, followed by Honor 50 and Honor 50 Pro. As for the SoCs present, we find both Snapdragon and Dimensity. 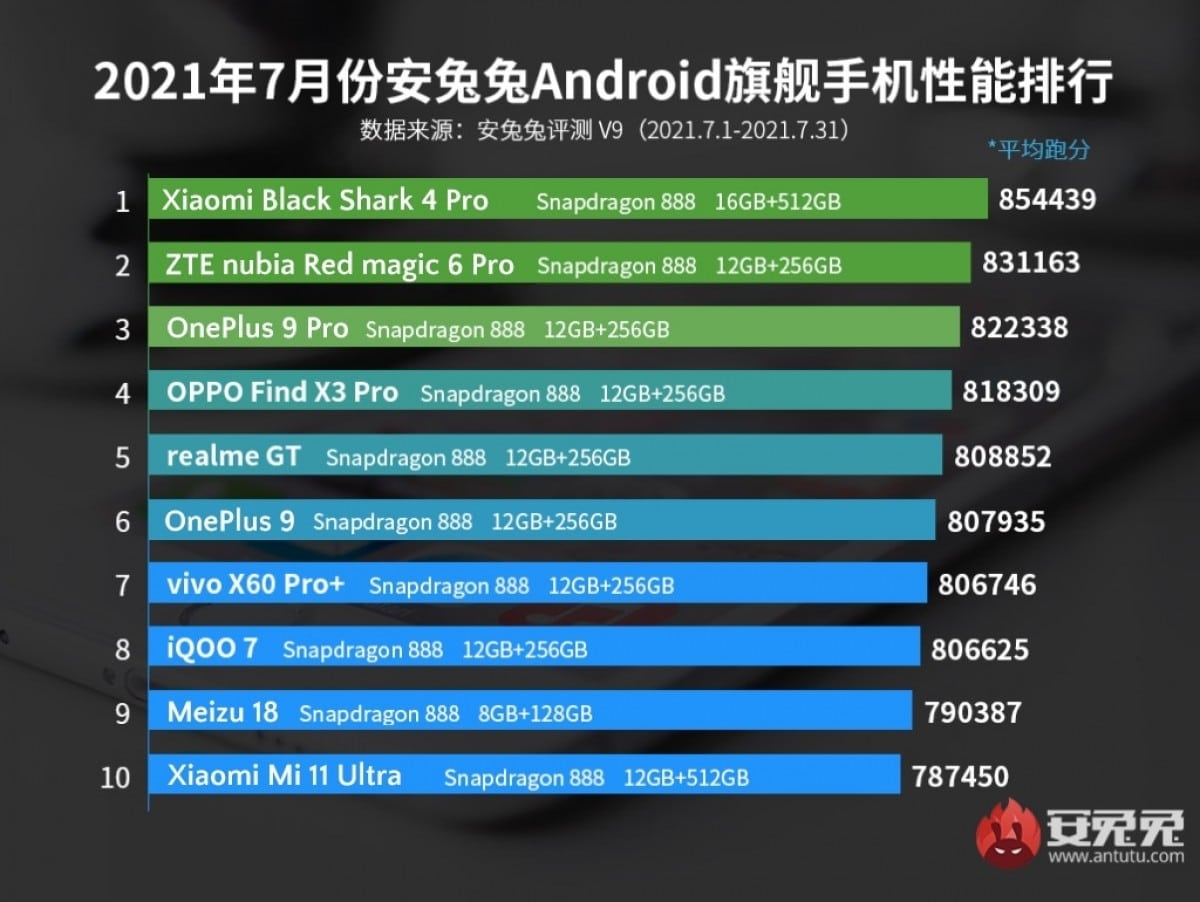 Tesla claims to be cheaper than petrol cars, but matches reality

It is not without some pride that Tesla announces in its annual report that the Model 3 has become cheaper than some petrol cars. Indeed, the latter is displayed at $ 39,990, while the BMW 3 Series and Mercedes C-Class both exceed $ 40,000. Good news for electric aficionados, but best taken with a grain of salt. Indeed, Tesla failed to include the delivery price of its vehicles, which costs more than 1000 dollars. In addition, the report concerns figures from 2020, while the manufacturer has several times increased the price of his cars during this year.

This week, we had the chance to get our hands on the Galaxy Z Flip 3 in preview, as well as the Yoga Tab 13 from Lenovo. Alongside its counterpart the Z Fold 3, the Z Flip 3 left us with a very good impression. Its two screens, both main and secondary, are a real pleasure to handle as they are easy to use. Its atypical design nevertheless seduced us, especially accompanied by an affordable price for the first time, namely 1059 €. For its part too, the Lenovo tablet surprises with its design, but its rear support makes it an excellent second screen. Despite everything, at the cost of € 799, we regret the lack of performance that the Samsung Tab S7 + will offer better for 100 € more.