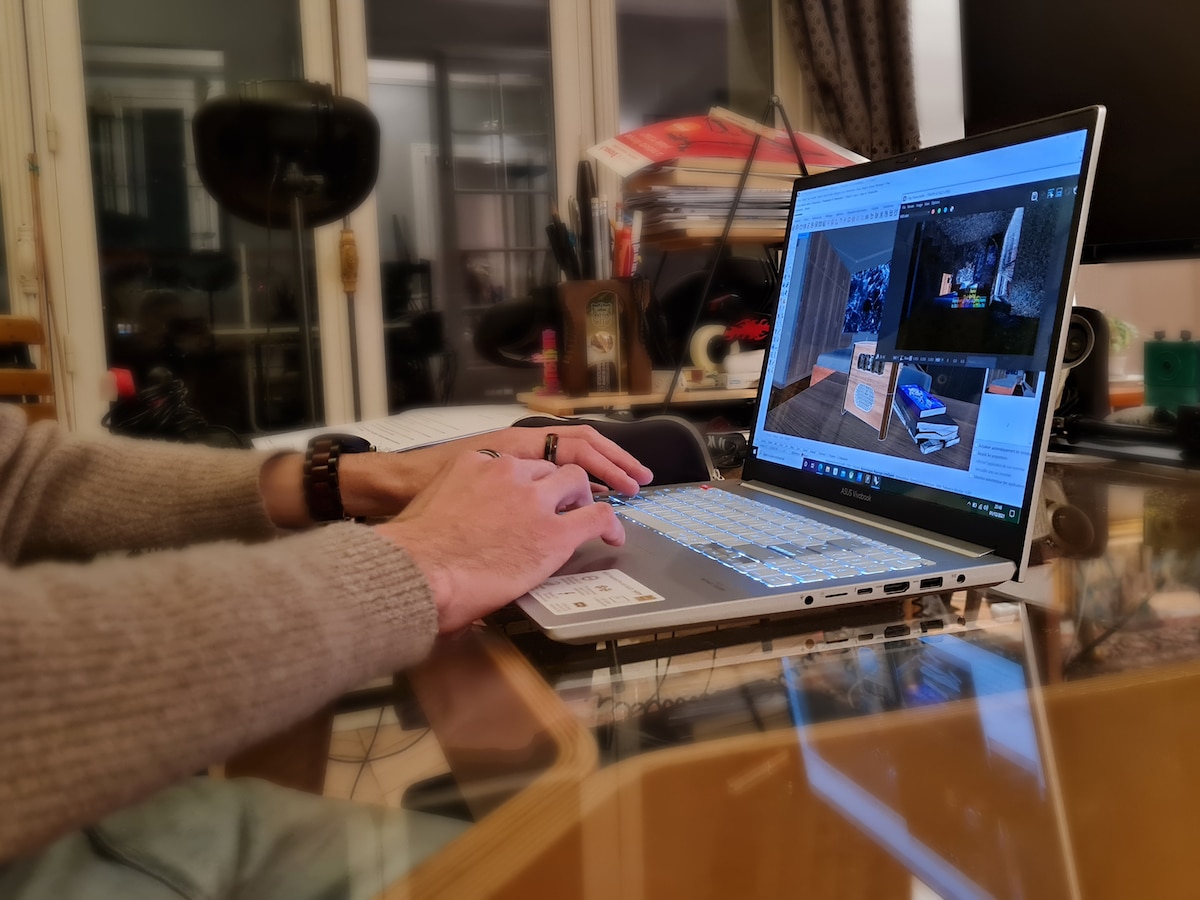 “With the Vivobook Pro 16X OLED, when I run a 3D rendering, I can continue working on my model without it becoming sluggish and jerky” 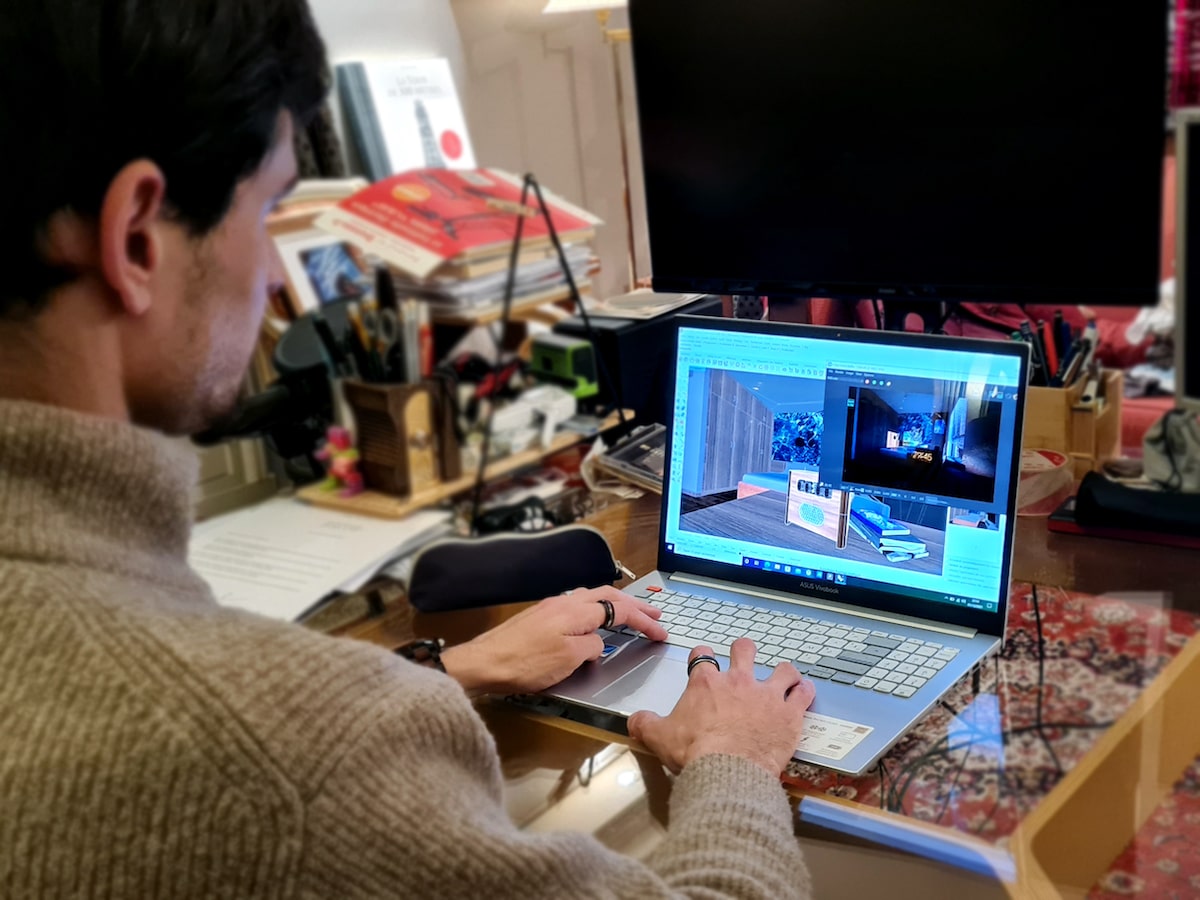 Benjamin, 36, is an independent architect in the Paris region. For reasons of compatibility with the professional software that he uses on a daily basis, he works exclusively on a PC. For that, he has “a big bike” at home, but also a portable model of good power, essential for his trips on the sites that he visits in Île-de-France or even in the provinces. For a few days, he used the Vivobook Pro 16X OLED, loaned by ASUS to replace his Surface Pro.

Benjamin, after this week with the ASUS Vivobook Pro 16X OLED, can you tell us what appealed to you the most about this machine?

The first thing I want to talk about on this Vivobook Pro is its screen… the smoothness of its rendering and its quality in terms of finesse that I found extremely pleasant as a demanding user. With Autocad (Editor’s note, Autodesk’s computer-assisted drawing software), I do a lot of wire work, 3D plans made up of wires that represent three-dimensional shapes and for which display finesse is essential. With the Vivobook Pro and its very high definition screen, I can display my plans finely and work much more easily than with lines that would be too thick.

Beyond its definition, did the Vivobook Pro 16X’s OLED screen meet all your expectations?

Sure ! When I do 3D renderings, especially photorealistic 3D renderings with Rhinoceros 3D software, I need the real materials to be rendered as best as possible. When I present to clients the project that will be proposed to them, I need this preview to be faithful to reality. Sometimes the color rendering with an OLED screen is a bit too saturated for my taste, but this is not the case. We have a lot of contrast, but we are not overwhelmed by the saturation, it remains very natural. I was able to compare the quality of the colors on this Vivobook Pro on works that I had already done, compared to my usual device and I was very pleasantly surprised. If I can use a slightly technical term, I really have a perceptual rendering of the colors. 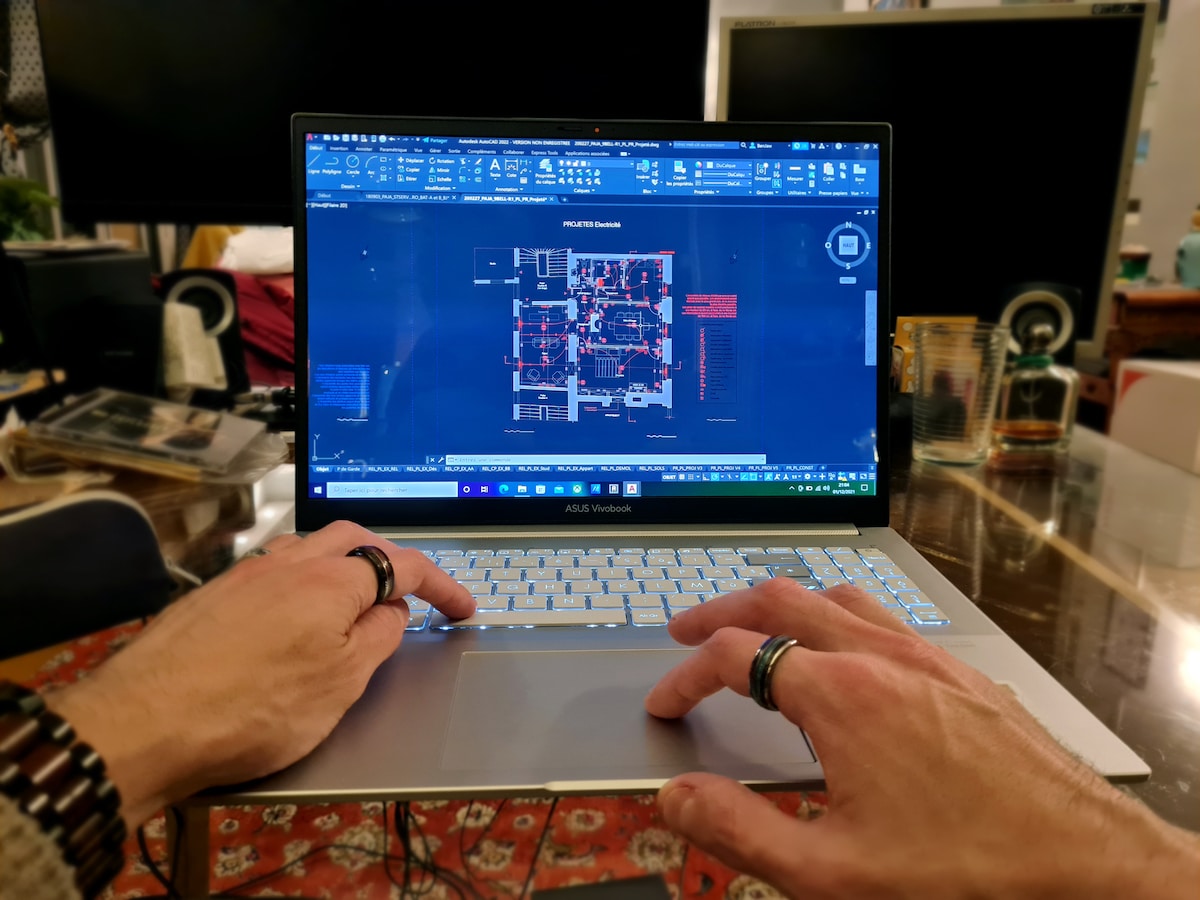 Have other major features of the Vivobook Pro 16X OLED made your daily work easier?

I particularly liked this laptop PC for its ability to work in silence. When I do a 3D rendering, this is usually the moment when the CPU starts to turn full and the ventilation kicks in, with the impression that the PC is going to take off. With the ASUS machine, the silence is remarkable. Of course, I heard the fans come on, but the noise generated remained incredibly low. Launching a rendering consumes all the power of the computer and whether it is on a fixed or portable model, the fans are used to the maximum. And casually, when you work two or three hours in a row on renderings, it quickly becomes unbearable.

So, I imagine that the heating is limited on this laptop?

Now that you tell me about it, I haven’t noticed anything! But by grabbing the ASUS PC after a couple of hours of modeling and rendering, I can confirm that I didn’t feel anything special. Whereas usually with the Surface Pro, the feeling of heat is very important.

Did the ASUS VivoBook Pro 16X OLED get you through all your usual tasks?

In terms of the power offered by this Vivobook, it went very well. I opened files that I know are usually heavy for a PC to manage, which require a lot of computing power, and everything was running perfectly. It must be said that in addition to Autocad and Rhino 3D, I also use the Adobe suite for edits and presentations, so I need a lot of CPU and GPU resources. For this test, I of course tried to push the machine to its limits! When I run a render in Rhino, I have the V-Ray plug-in that opens in a separate window, which gives me the flexibility to work in parallel on the model. Unfortunately, more often than not as all of the PC’s performance is pumped up by the renderer, it becomes very difficult to draw at the same time. Everything generally starts to lag. With the Vivobook, when I run a 3D render, I can continue working on my model without it becoming sluggish and jerky. The real-time display of the 3D model remains very fluid and that was a great surprise!

Did other features of the Vivobook Pro make your work easier?

On the Surface Pro, I only have two USB ports, so I have to carry adapters when I want to project over HDMI, for example. With this 15.6-inch model from ASUS, I have a much more comfortable workspace and can have multiple devices plugged in at the same time. It is much more efficient in the context of my travels. Besides, I often work in a remote office on construction sites with TeamViewer. I tested it with the Vivobook to which I was able to connect remotely from my smartphone in all fluidity and without noticing any latency. It’s very useful. I can open, view and annotate documents remotely. With the Vivobook Pro, I got a taste for a certain comfort on the move which I will miss!

This article was written in partnership with ASUS.