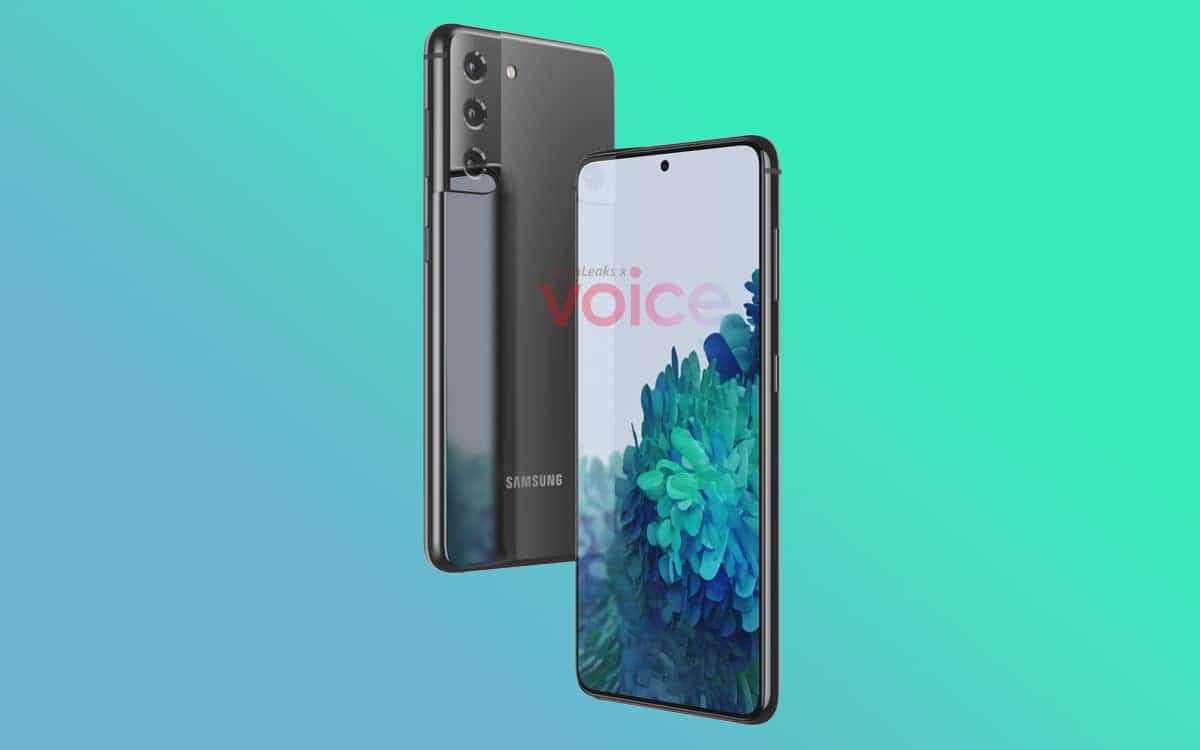 The Galaxy S21, S21 + and S21 Ultra continue to unveil. A few weeks before Samsung’s presentation, a specialized media unveiled all the technical sheets for the 3 smartphones. The range is distinguished by 8K recording at 30 FPS, an Exynos 2100 SoC and the arrival of the S-Pen stylus.

This November 14, 2020, Max Weinbach, famous leaker and journalist at Android Police, published the complete technical sheets of the Galaxy S21, S21 + and S21 Ultra. The informant claims to be based on several sources and on official reports intended for the press.

All three models in the range are powered by a Snapdragon 875 or Exynos 2100 SoC. As always, Samsung will use its in-house SoC on models sold in Europe and South Korea. Qualcomm’s chipset will be reserved for variants in the US market. Unsurprisingly, they are compatible with 5G, WiFi 6 and enhanced with a 120 Hz screen. On the software side, the three phones run on Android 11 with the One UI 3.1 overlay.

This year, Samsung is going to put the package on video recording. In addition to being compatible with 4K recording at 60 frames per second, smartphones will be able to shoot in 8K at 30 frames per second. An option of One UI 3.1 should allow simultaneous filming via the front camera and the rear camera. You will then have the choice of splitting two recordings into different files or of placing them in the same video.

Android Police also details the technical specifics of each variant. So the standard Galaxy S21 would be built around a 6.2-inch FHD + 120Hz display. The autonomy would be entrusted to a battery of 4000 mAh compatible with 25W fast charging. On the photo side, Samsung is betting on a triple photo sensor consisting of a 12 megapixel sensor, a 12 megapixel ultra wide angle lens and a 64 megapixel telephoto lens. Like the Galaxy Note 20, the smartphone would be covered with a plastic back.

For its part, the Galaxy S21 + would be covered with a 6.7-inch FHD + 120 Hz screen. This large format version differs from the standard S21 only by a larger battery. The terminal is powered by a 4800 mAh battery, which is 300 mAh more than the Galaxy S20 +, and would benefit from 25W charging.

Finally, the Galaxy S21 Ultra, the most high-end model of this new generation, would be built around a 6.8-inch WQHD +. On this model, Samsung relies on an LTPO panel instead of the LTPS panel of the S21 / S21 +. LTPO (low-temperature polycrystalline oxide thin-film transistor) technology saves battery power by dynamically adapting the frequency of a screen to the content displayed. This technology should make it possible to limit the energy consumption of the 120 Hz screen and offer better autonomy. This screen would offer a contrast ratio of 3,000,000: 1 and 1,600 nits of brightness.

As several rumors wanted, the Galaxy S21 Ultra would be compatible with the S-Pen stylus of the Galaxy Note. On the other hand, the accessory would not be included in the box. Buyers will need to checkout again to purchase the stylus. Under these conditions, Samsung would not have launched the development of a range of Galaxy Note 21. Moreover, Samsung would entrust the autonomy of the phablet to a 5000 mAh battery, like the S20 Ultra.

To stay competitive, Samsung has decided to lower the price of the Galaxy S range. Unfortunately, the report does not say more about the future price list. The latest news is that Samsung will present the Galaxy S21, S21 + and S21 Ultra sometime in January 2021. The leaks are counting on an Unpacked conference on January 14. We’ll tell you more as soon as possible. While waiting for more information, feel free to give your opinion in the comments below.