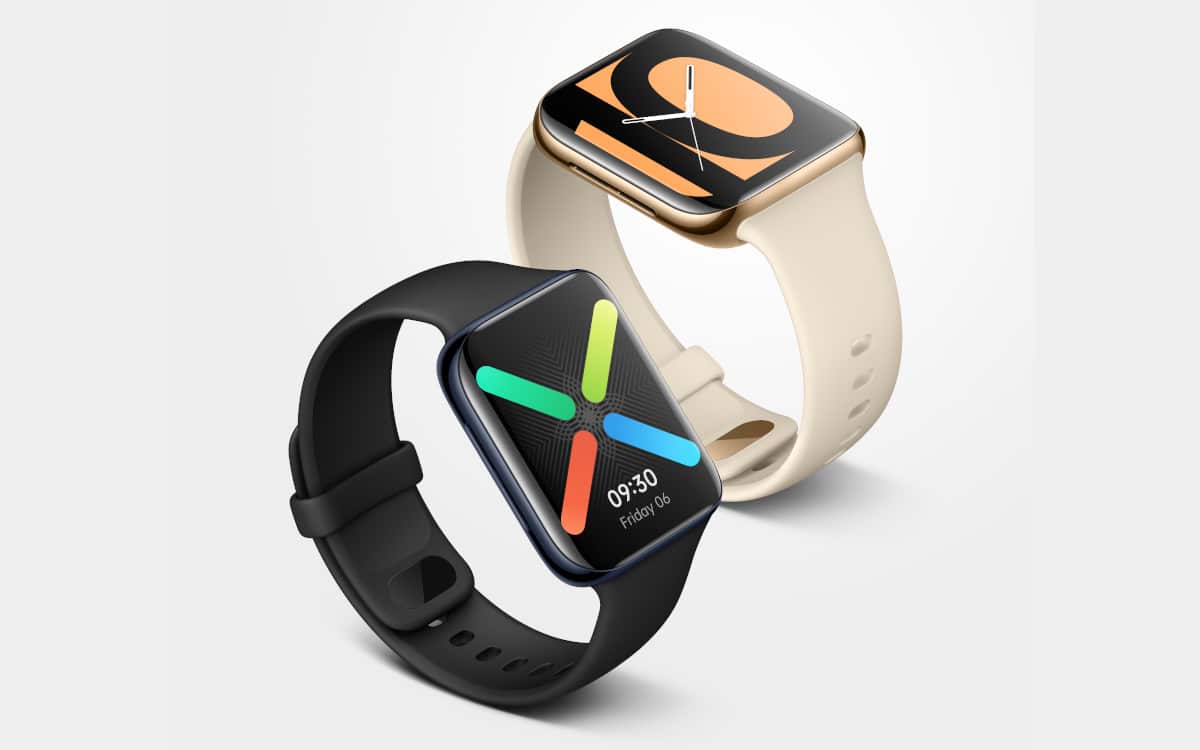 Oppo has just made its first smartwatch official. Soberly called Oppo Watch, like the Apple Watch, this smartwatch also incorporates certain ergonomic features. Available in three models, it works under Wear OS from Google. It will be on sale in France from 249 euros. Some models will arrive at the beginning of October.

Recently, several brands took advantage of the fall to renew their range of connected accessories, particularly in the watch segment. We had the opportunity to make several videos on our YouTube channel on Apple Watch (Series 6 and SE) and on Honor Watch (GS Pro and ES). We also mentioned in our columns the arrival of the Galaxy Fit 2 and the Galaxy Watch 3, the Fitbit Sense and the Huawei Watch Fit.

And the waltz of new watches continues. While we are expecting shortly the arrival of a OnePlus Watch (certainly at the same time as the OnePlus 8T), it is another brand of the Chinese group BBK which steals the show by presenting today its first connected watch . A watch that bears the rather classic name of ” Oppo watch And which has been the subject of several leaks in recent months.

An alternative under Wear OS of the Apple Watch

This first Oppo Watch is available in two models and three configurations. The first model offers a 46 mm waterproof aluminum case (5ATM certification) with a fluorelastomer strap. The watch measures 46mm in height, 39mm in width and 11mm in thickness. It weighs 40 grams. The biometric sensors on the back are protected by ceramic glass.

The screen AMOLED is rectangular, like the Apple Watch. It measures 1.91 inch and its resolution is 391 pixels per inch. Inside you find the Snapdragon Wear 3100 from Qualcomm, along with 1 GB of RAM and 8 GB of storage for apps and content. The battery has a capacity of 430 mAh and fully recharges in 75 minutes. The advertised autonomy is 30 hours in standard mode and 3 weeks in energy saving mode.

The watch works with Wear OS from Google. It is therefore compatible with all Android smartphones (6.0 and above). It is compatible with Bluetooth, WiFi, GPS and NFC. It incorporates a heart rate monitor, a barometer, an accelerometer, a magnetometer, a speaker and a microphone. It comes in two configurations: one with eSIM and one without eSIM. This means that the former can do without a smartphone to fully function. The other one doesn’t. Otherwise, there is no difference.

The second model has the same characteristics as the first, but the case is smaller. It measures 41 mm (41mm high, 36mm wide and 11mm thick). This obviously has several consequences. First the screen AMOLED is smaller: 1.6 inch. The definition is 301 pixels per inch. Then the battery is smaller too: it offers a capacity of 300 mAh for an autonomy of 24 hours as standard (and 2 weeks in eco mode).

Some physical changes too: the case remains in aluminum, but the back is in polycarbonate. The waterproofing is lighter: 3ATM. For the rest, very little change: Snapdragon Wear 3100, 1 GB of RAM, 8 GB of storage, GPS, WiFi, Bluetooth, NFC, heart rate monitor and other environmental sensors, as well as Wear OS. The Oppo Watch 41mm not available in eSIM version.

The Oppo Watch is part of a catalog expansion strategy towards connected accessories. This was initiated at the start of the year with the Enco range of True Wireless headphones. We have previously published the test of the Enco Free, the first model of this family. And Oppo is taking advantage of the arrival of watches to announce the third model: the Enco W51. The special feature of the Enco W51 is the active noise reduction.

For once, it’s Oppo that takes an idea of ​​OnePlus

It uses the same principle as the noise reduction of the OnePlus Buds formalized last July: each earphone has 3 microphones to significantly reduce ambient noise during conversations (reduction to two microphones for music listening). In addition, the intra-auricular part isolates the pinna from the ear. 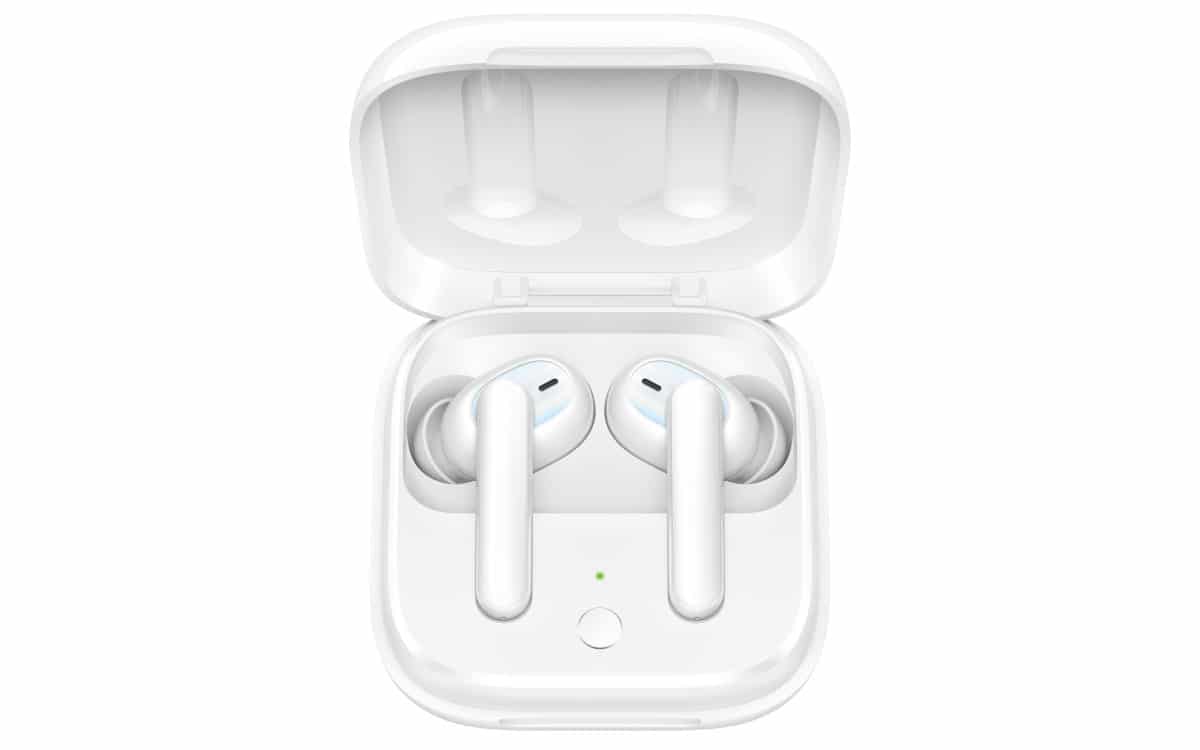 The headphones are splash-proof (certification IP54) and are compatible Bluetooth 5.0 low latency. They each incorporate a battery of 25 mAh offering between 2:30 and 4:30 hours of battery life depending on usage. They are accompanied by a box with integrated battery 480 mAh, offering a joint autonomy of between 15 and 24 hours. The box is charged with a USB type-C or wireless cable, on a Qi compatible accessory.

Now let’s talk about price and availability date. All accessories shown here will be available on October 2, except the Oppo Watch 46mm eSIM which will only be available on October 22. The Watch 41 mm will be offered at 249 euros. The Watch 46 mm will be sold at 349 euros in eSIM version and 329 euros for the version without eSIM. Finally, the Enco W51 will be offered at 99 euros, or 10 euros more than the OnePlus Buds.