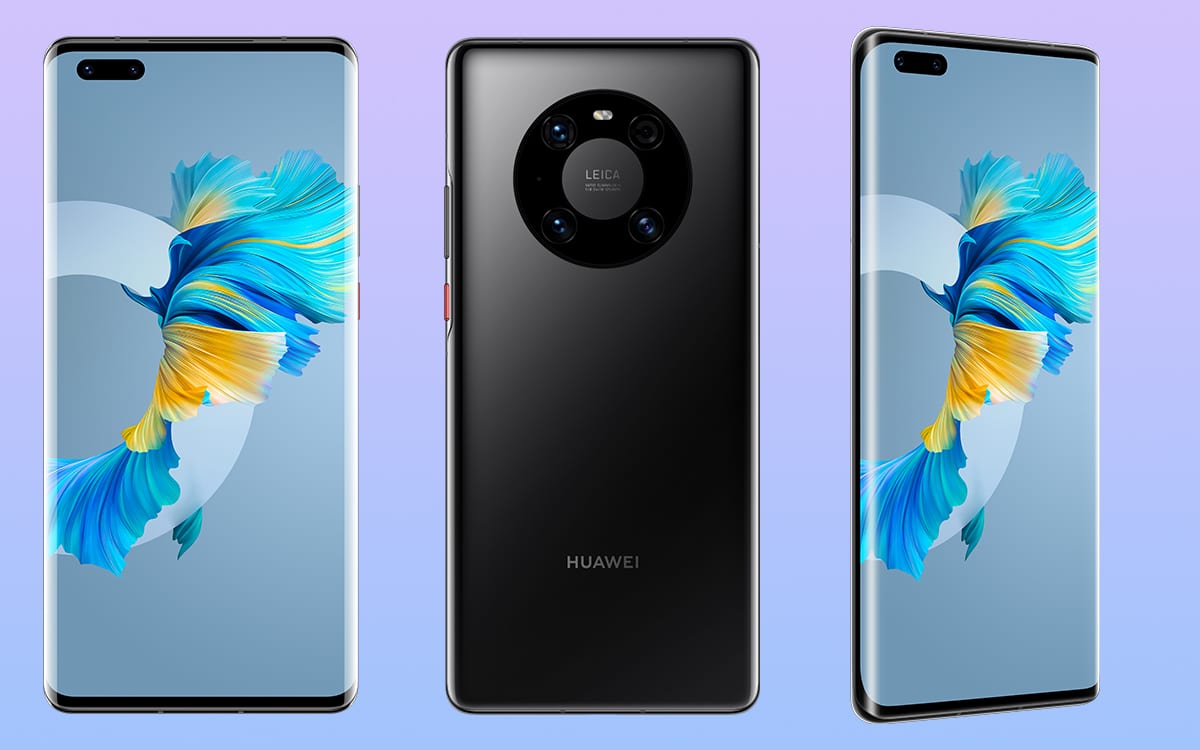 The Huawei Mate 40 Pro is official. Despite the assaults of the American government, the Chinese group has just lifted the veil on a new high-end flagship. The smartphone is distinguished by its SoC Kirin 9000 engraved in 5nm, a fast charging 66W, an ultra curved 90 Hz OLED screen and a camera composed of a main camera of 50 megapixels. Technical sheet, release date, price… We tell you everything about the brand’s latest production.

This Thursday, October 22, 2020, Huawei finally lifted the veil on the Mate 40, Mate 40 Pro and Mate 40 Pro +. As announced at the conference, only the Mate 40 Pro will be marketed in European countries. The brand has indeed gotten into the habit of focusing on this variation on the European market. This was particularly the case with the Mate 20 and the Mate 30. In the wake of the event, Huawei announced the Freebuds Studio, its first high-end headphones.

On the same subject: our test of Huawei’s Mate 40 Pro

The Mate 40 Pro is built arounda 6.76-inch curved 90 Hz OLED display up to 88 degrees (2772 x 1344 pixels). Huawei is once again focusing on a screen with a hole in it with a higher refresh rate. Under the punched touch screen, there is an optical fingerprint reader. The brand integrates despite 3D facial recognition. On the back side, we then find a camera arranged in a rounded shape. Huawei names this new design “Space Ring Design”. This is the great visual novelty of the range.

The smartphone is powered by the SoC Kirin 9000 engraved in 5nm by TSMC. Developed by HiSilicon, a Huawei subsidiary, the chipset is composed of 8 cores (4 ARM Cortex-A55 cores and four ARM Cortex-A77) and accompanied by a Mali G-7 graphics chip. Huawei promises a significant increase in performance, especially on the gaming side. The graphics performance of the Kirin 990 is 50% higher than that of the Kirin 990 of the Mate 30, says the firm.

To support the SoC, the Chinese firm integrates 8 GB of RAM and 256 GB of internal storage (expandable with NM Card, Huawei’s proprietary format). Not surprisingly, it is equipped with a 5G modem, “100% faster than the 5G modem of the Mate 30”. The autonomy is entrusted to a battery of 4400 mAh compatible with the 66W Huawei Supercharge fast charging, 55W wireless induction charging and reverse wireless charging. Huawei claims that wired charging is 60% faster than that of the Mate 30. For its part, wireless charging is 85% more efficient than that of the Mate 30.

True to form, Huawei is putting the package on photography. For this, the firm has once again joined forces with Leica, the German specialist in photography. On the back, we find a camera made up of three modules : a 50 megapixel main camera with f / 1.9 aperture, a 20 megapixel ultra wide-angle (f / 1.8) and a 12 megapixel module (f / 3.4) with a 5x zoom. This camera is accompanied by a new autofocus system that combines laser autofocus with a new module. Finally, the Mate 40 Pro is capable of filming in 8K. In the hole in the screen, Huawei incorporates a dual 13-megapixel photo sensor with f / 2.4 aperture and a 3D module dedicated to depth of field. 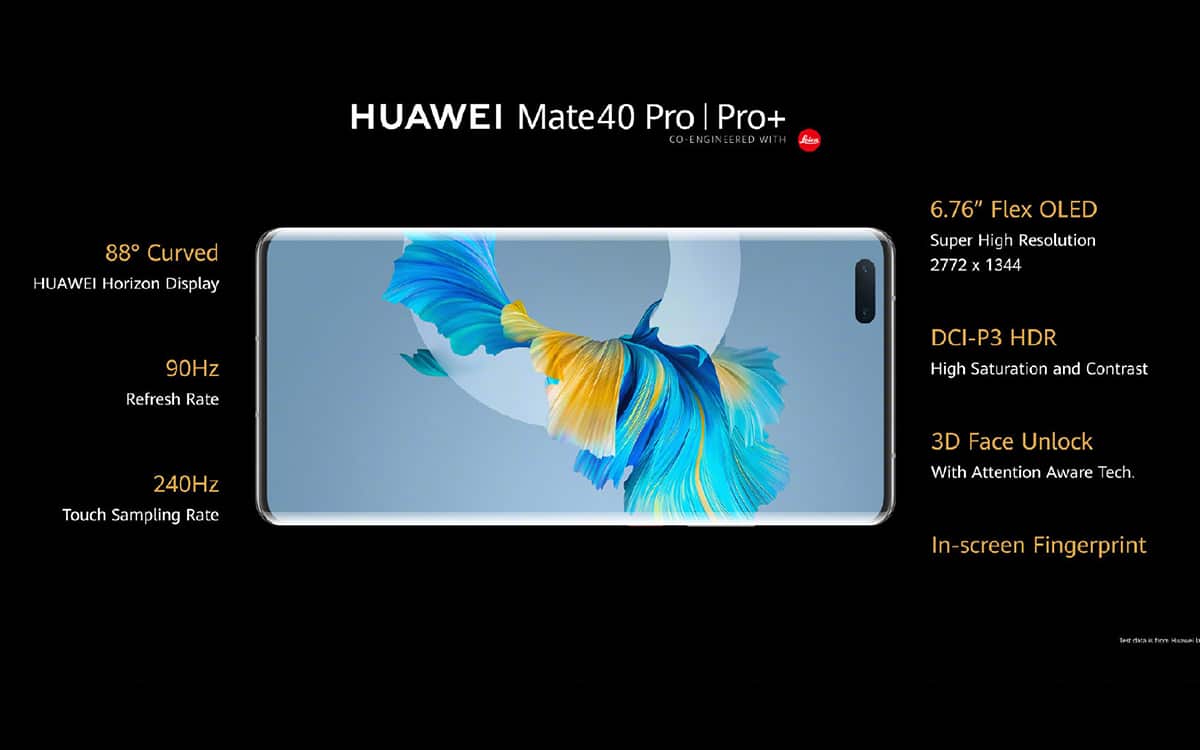 Private Android license, Huawei was unable to preinstall Google’s apps and services, including the Play Store, within the smartphone. Like the brand’s other smartphones, the Mate 40 Pro runs on an open source version of Android. Unsurprisingly, Huawei integrates the EMUI 11 overlay based on Android 10. To compensate for the absence of Google Mobile Services, Huawei is betting on Huawei Mobile Services. This suite of applications includes Petal Maps, an alternative to Google Maps, Celia, an intelligent voice assistant intended to replace Google Assistant, and App Gallery, an application store competing with the Play Store.

Despite US sanctions and the impending collapse in sales, Huawei has not lowered its prices. The Mate 40 Pro is like this marketed at a price of 1199 euros in France in the colors black and silver. Huawei has yet to reveal the release date of the smartphone. What do you think of the new flagship developed by Huawei? Can the manufacturer manage to convince despite the absence of an Android license? We await your opinion in the comments below.