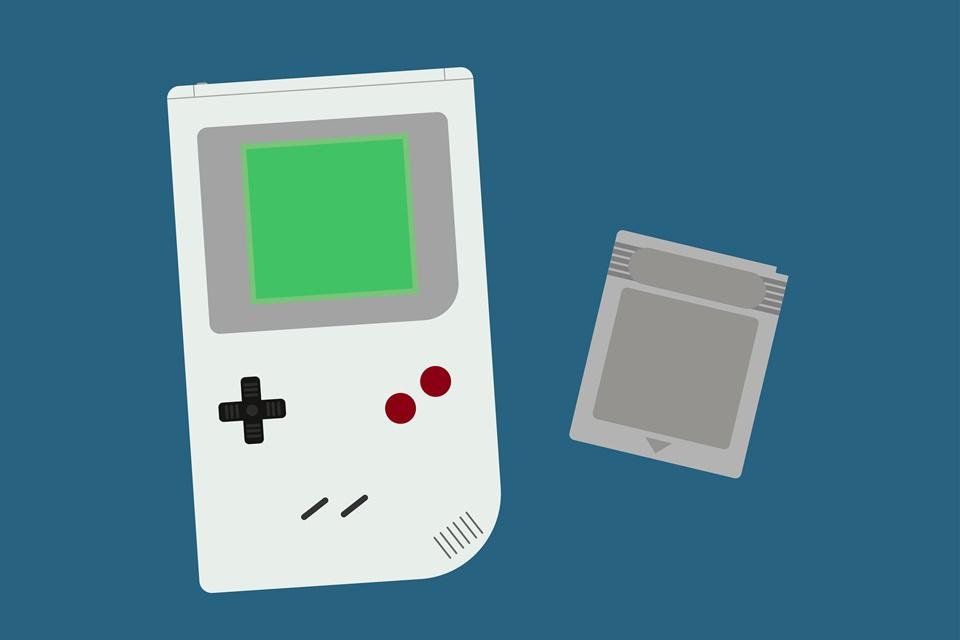 Even though it was not the first handheld released by Nintendo, the Game Boy was certainly the one that drew the most attention, making a great success among the public and paving the way for a new market in the games industry that has been improving since then.

And with his career time and many versions, such as Color and Advance, it is clear that his library would not be small, counting on successes like Pokémon Red & Blue, The Legend of Zelda: Link’s Awakening e Fire Emblem. However, with so many options available, some may have passed by many fans, and with that in mind, we decided to create a list of nine unknown games from the late Game Boy. Check it out below:

Originally released for the Atari ST in 1987, Bubble Ghost it was the first French game to be ported to GB. Your objective is very simple: help a super friendly ghost guide his bubble through a haunted house, full of dangers that include fans, candles, evil ghouls and various sharp objects.

Fortunately, the ghostly protagonist manages to blow the object in eight different directions, but you still need to think strategically about which route to take and prevent the sphere from bursting.

In addition to being one of those completely addictive games that can be enjoyed for hours on end, it also has an excellent soundtrack, composed by Hitoshi Sakimoto – composer of Final Fantasy Tatics – which makes it even more interesting.

Part of a franchise with releases for Arcade, Nintendo and Super Nintendo, Hammerin’ Harry: Ghost Bulding Company it was a nice addition to the action genre for the handheld.

With five stages and very detailed scenarios, it is necessary to advance through different locations, including even a jungle and an aircraft, facing human and ghostly enemies until you find the evil machine that is creating the ghosts.

Unlike many games of this style, the focus is not really on attacking everything that comes your way, but rather avoiding getting hit and surviving long enough to move on to the next level. Which is not such an easy task, after all, in addition to the antagonists, Harry also has to deal with projectiles and parts of the environment falling on him, and further decreasing the health bar that is already not very large.

Even with the difficulty, it is still extremely fun, deserving its place in this list of obscure gems.

This platform title is not just a spin-off of Castlevania, as well as an adorable parody of it. Curiously, it is the continuation and remake of Akumajo Special: Boku Dracula-kun (or Demon Castle Special: Young Dracula) which was released for the NES only in Japan.

In Kid Dráculawe do not have the famous members of the Belmont family as protagonists, but the son of the vampire.

Upon awakening from a long sleep, the young bloodsucker discovers an evil dinosaur-like creature called Garamoth has challenged him, and to defeat this great enemy, the protagonist must first relearn the powers he has forgotten, such as conjuring a shield, bats and even reverse gravity.

The game is full of humorous references to the franchise, with villains and traditional settings appearing in cartoon versions, and even the Beginning song from the first stage of Castlevania III: Dracula’s Curse is present, appearing with a livelier arrangement.

Another interesting detail is that the antagonist, Garamoth, ended up becoming a boss in Castlevania: Symphony of Nightbut of course it got a much darker style for its second clash with a son of Dracula.

Combining elements like aerial view, real-time battles and survival, this RPG from Konami looks like an interesting mix of The Legend of Zelda with Harvest Moon, following the journey of a 10-year-old boy or girl who was shipwrecked on a desert island with only his knife and a broken radio.

The main objectives include performing daily tasks, which include: eating, drinking, hunting, gathering, finding a place to rest and sleep, but always taking care not to fill negative meters – such as hunger, thirst and fatigue – and also not to lose points. of life.

The item creation system is also very important within the game, with various items from the environment that can be collected and combined to create tools, weapons and useful things for the character’s life.

Interestingly, the passage of time can degrade the objects made, in addition to spoiling perishable foods, which can be combined with 15 different types of flora to increase their duration.

With a non-linear structure, Survival Kids allows players to advance without too many specific objectives, doing only what is necessary to survive on the island. However, interestingly, it has different endings, linked to discoveries made, items created, the condition after a certain period, among other details that made it worth playing more than once.

Part of a quirky sub-genre of shooter style, Magical Chase is considered a cute-em-up, for trading spaceships and cannons for cuter items, like a teenage witch riding her broom.

The title was originally released for the TurboGrafx-16 in 1991, gaining its port to the Color nine years later, but only in Japanese territory. The story revolves around young Ripple, an apprentice who, by spying on a forbidden book, not only releases six demons into the world but also breaks a promise made to her teacher. The young girl must then go through the stages and capture the creatures, or else she will end up being turned into a frog by her master.

With a more friendly gameplay that even has upgrades that can be purchased for life and weapons, it’s not one of those insanely difficult games, but a colorful and fun option for those who just wanted to have fun and relax.

Centered on Wendy, the good little witch and friend of Casparzinhothis action platform game shows the misadventures of the girl, who when opening a chest containing magic stones that was hidden in her aunts’ attic, ends up causing a floating castle to fall on top of the house, leading the girl to seek a way to restore gravity.

Unlike other games of the genre on GBC, Every Witch Way offers more movement than just running and jumping normally. The title’s controls allow gravity to be reversed, which gives the little witch the chance to walk on ceilings or platforms above her, a mechanic that becomes increasingly necessary as the adventure progresses.

It was praised for its originality and colorful visuals, and interestingly, inserting the title cartridge into a Game Boy Advance unlocks a whole new world with three new stages to enjoy.

One of the original titles for the Advance, combining the platform genre with action-adventure elements, and drawing attention with its beautiful hand-drawn graphics.

The story takes place in a fantastic world, and revolves around a warrior princess, who needs to defeat a race of evil creatures called T’soas, controlled by the Onimen wizard who has declared war against the other kingdoms.

With interesting gameplay and the chance to perform many combos during battles, Lady Sia it was a reasonable success during its release, and a sequel had been planned for 2003. However, when it was canceled due to lack of funds, the adventures of this brave magical warrior ended up falling by the wayside.

Many Hideo Kojima fans probably know Zone of the Endersa shooter and hack and slash franchise filled with mech battles.

Although, The First of Mars differs in several points from the other titles in the series, not having Kojima’s involvement in the project, and with a turn-based combat mechanic, making it a more strategic title than action.

In addition, even though it is set in the same universe, it follows a parallel story narrated in an anime format, with 26 different episodes, and its plot follows the saga of the young Cage Midwell who ends up accidentally getting involved in a serious conflict between Earth and Mars.

Although the famous Japanese director did not participate in the development, the plot is still very interesting, with a lot of drama and philosophical questions that complement this space adventure very well.

Also known as Ninja Copthis action platform title promised to become one of the best-selling games on the GBA, following the fight of ninja Joe Osugi against a terrorist group influenced by mystical masks that grant immense powers.

However, for unknown reasons, it was never released in Japan, and the number of copies made available in North America and Europe was so small that it became one of the most sought after handheld games, with its cartridges selling over the years for hundreds of thousands. of dollars.