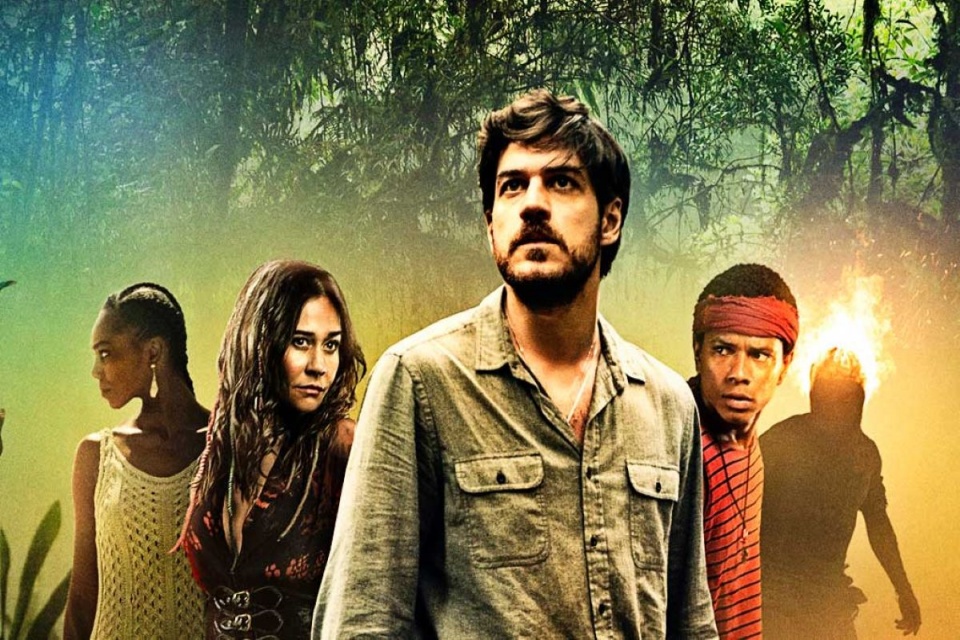 The Brazilian series Invisible City, from Netflix, has debuted in the top 10 most watched titles on the streaming platform. In fact, it is worth mentioning that the success was not only national. Since the launch, thousands of people around the world have been enchanted by the series based on Brazilian folklore.

In the 1st season, already launched by the platform, a detective investigates the death of his wife. In a mysterious fire that almost also took his daughter, the mysteries and secrets of a small village are beginning to be revealed. With that, he is faced with some fantastic creatures of Brazilian folklore, such as Cuca and Iara, for example.

However, what draws the most attention in the Brazilian series is the setting of folk characters in the current world. So it’s no surprise that the title has become one of Netflix’s biggest highlights.

Now, if you have already finished marathon season 1 and are looking for new indications, this is the right article for you!

See nine series similar to Invisible City for those who love fantasy.

The Witcher is undoubtedly one of the biggest Netflix series. Inspired by a video game, the plot follows Geralt de Rivia in his hunt for monsters. In addition, the series features powerful witches and many medieval themes that involve viewers. Until the 2nd season arrives, you can marathon the 1st on Netflix!

Another Brazilian series that deserves to be highlighted in the list is 3%. This is also another national production of great prominence and looks like Invisible City for having a lot of action and mystery. In this dystopian universe, teenagers need to compete with each other for the chance to reach Maralto, a society better than the poverty in which they live. However, not everything is what it seems when a group arrives at that location and begins to investigate the secrets there.

Grimm neither could it be left out of our list. After all, the series addresses many fantastic characters as a descendant of the Grimm brothers begins to hunt for different supernatural creatures. It is very worth watching!

In Lucifer, the Devil himself comes to Earth with the aim of spending a “vacation”. However, he is not the only powerful creature around here and needs to deal with several figures, discovering that the Earth can, in fact, be much more pleasant than Hell. The series is a favorite of Netflix fans and should definitely be on your list to marathon!

Already in Shadowhunters, a group of powerful warriors known as Shadowhunters fight to protect society from demons and other supernatural creatures. Filled with fantastic creatures, the series also involves many urban legends and is a full plate for fantasy fans.

Have you ever thought about what it would be like if gods from different cultures were mixed in our society? This is exactly the plot of American Gods. By living side by side, belief and technology mix and both new and old gods go to war to prove their powers. After the death of his wife, the human Shadow Moon must deal with the trauma of his past and is hired as Wednesday’s security guard. With that, he finds himself in the middle of this fantastic universe and needs to seek out ancient gods for battle.

3. Tale Of The Nine Tailed

The drama Tale of The Nine Tailed enters the list of series similar to Invisible City for also addressing fantasy and urban legends. In the plot, a fox with nine tails mixes with ordinary citizens of the big city. However, she begins to be hunted by strange entities and a professional investigator. As the protagonist and he get closer, the mystery and the fantasy attract the attention of the spectators.

Norse mythology is the central theme of Ragnarok. Therefore, those who liked to immerse themselves in Brazilian folklore may also be interested in Scandinavian and medieval legends. Although there is not much action, the photography of the series and its plot hold a prominent place in our indications.

Finally, we could not fail to quote also Green Frontier as one of the best series similar to Invisible City. In the series, a tribe in the middle of the forest is the setting for four murders of women. With that, Detective Helena needs to go to the place to investigate and is faced with mysteries, supernatural creatures and a lot of tension. I could identify why the series is so similar, right?

And then, you already miss Invisible City? Tell us what series you’re marathoning on Netflix and share those indications on social media!