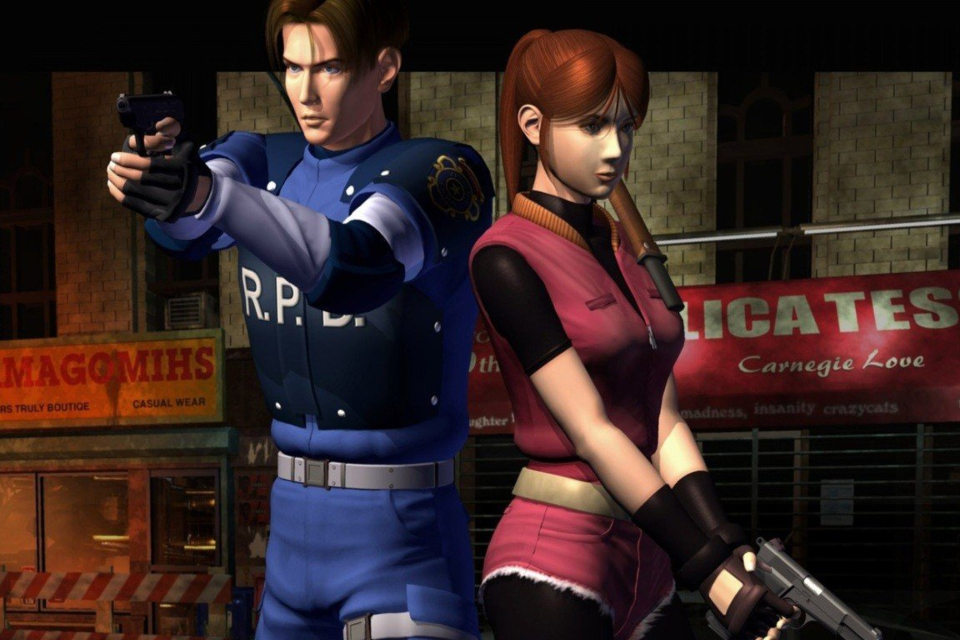 In the 1990s, the gaming community was introduced to a saga that would soon completely revolutionize the gaming industry. With resident Evil, originally published in 1996, players got to know the universe of survival horror, which would perfectly transport the dark atmosphere and the proposal of the classic undead films.

resident Evil ended up serving as the main base for a series of other games that embarked on the style. Thus, the genre quickly entered a constant evolution thanks to new technologies and increasingly creative developers.

See below some of the main games that were inspired by the first games of the Capcom franchise.

Game Cube launch title, Eternal Darkness presents non-linear stories in which each is told from the point of view of a specific character. However, they are all related to the same event, where a divine being and his slaves, known as The Ancients, seek to enslave humanity through the corruption of living beings.

The game brought mechanics similar to those of resident Evil, such as third-person combat, solving puzzles, and maintaining a limited inventory of weapons and items. However, the title differs with a health meter system similar to that of Clock Tower, which affects the characters from the encounter with macabre creatures and risky situations.

The Capcom franchise revived the Sengoku Period of Japanese feudalism, adding iconic characters of the time, such as Oda Nobunaga, amid a battle between humanity and the monstrous Genma army. In the saga, we control samurai who become heroes thanks to the power of the Oni Spirit, which allows the absorption of souls from the dead and the use of powerful elemental swords.

Despite focusing on action and melee combat, the first few Onimusha inherited several characteristics of resident Evil, using a system of fixed cameras, puzzles with collection of fragmented items, unique characters and a great gameplay that even today is recommended by survival horror fans.

Obscure it is a PS2 cult that went unnoticed by many, but it brought an interesting system that closely resembles the classic horror films of the 1980s. , and has quality scares and violence.

As with Capcom classics, Obscure abuses of persecutions and fast combats, allowing the use of melee weapons of the scene and very limited firearms. In addition, the game innovated with a multiplayer format for two players, enabling extensive exploration and solving team mysteries.

Tom Hansen, a Coast Guard agent, is called in to investigate a suspected call by a Russian whaler in Bering. Arriving at the scene, the federal finds that the crew was infected by a parasite known as Exocel, which ended up turning everyone into the living dead. From there, the hero must fight for his own survival, while trying to discover the scope and potential of the virus.

By the game’s own narrative, there are extreme similarities with the proposal of the first resident Evil. Although, Cold Fear drew the public’s attention for its clear similarities with RE 4, with a camera over his shoulder, an aesthetic almost copied from Capcom’s title and even a protagonist similar to Leon.

silent Hill is a classic of psychological horror, and it centers on a series of mysteries surrounding the ghost town that bears the title of the games. The franchise stood out with its fantastic level design and terrifying atmosphere, innovating the genre established by resident Evil and treating the theme of horror in a more symbolic way.

Rule of Rose is a controversial title from Atlus that was launched amid controversies, resulting in a ban in several countries. In the game, a group of children controls a hierarchical society known as the Red Crayon Aristocrats, which most resembles a sect, and applies extremely sadistic methods of violence against visitors considered unwanted by their ideology.

The title is more directly inspired by other games that used resident Evil as a basis, how silent Hill (psychological terror) and Haunting Ground (game mechanics). Players are constantly asked to explore rooms and evade threats, while facing bosses and enemies with limited strategies and resources.

The title published by SNK is set in Wales and follows the psychic Koudelka Iasant, who is forced to investigate the mysterious Nemeton Mansion after the occurrence of supernatural phenomena.

Blending the classic RPGs’ turn system with survival horror exploration, the game renewed its strategy titles by bringing inspirations in resident Evil, ranging from a similar environment to puzzle solving and fixed camera. However, even with its innovative details revealing a unique gameplay, unfortunately it did not generate a positive public reception at the time.

The terrifying ghost photograph franchise quickly won over the gamer community, especially fans of the genre who sought an immersive narrative and incredibly dark atmosphere. The saga reports events about sects and the supernatural in a very particular way, bringing invisible threats to every corner that the player encounters.

For those who enjoy the iconic oriental horror style, Fatal Frame it’s definitely the right shot. The title brings a unique game system, which combined with the inspiration of resident Evil in their exploration mechanics and fixed camera, they add details that create the ideal game for fans of good scares and cold spine.

Considered the best dinosaur-themed franchise of all time, Dino Crisis it is the perfect balance between classic survival horror and intense action, bringing frantic moments of chase and a cinematic narrative.

Dino Crisis could perfectly be called a resident Evil with dinosaurs. The title presents the main concepts introduced by the undead franchise, but with a sci-fi footprint. Similarities exist from behind the scenes, as both sagas were created by Shinji Mikami, and navigate through all game systems, such as combat, movement, inventory and level design.