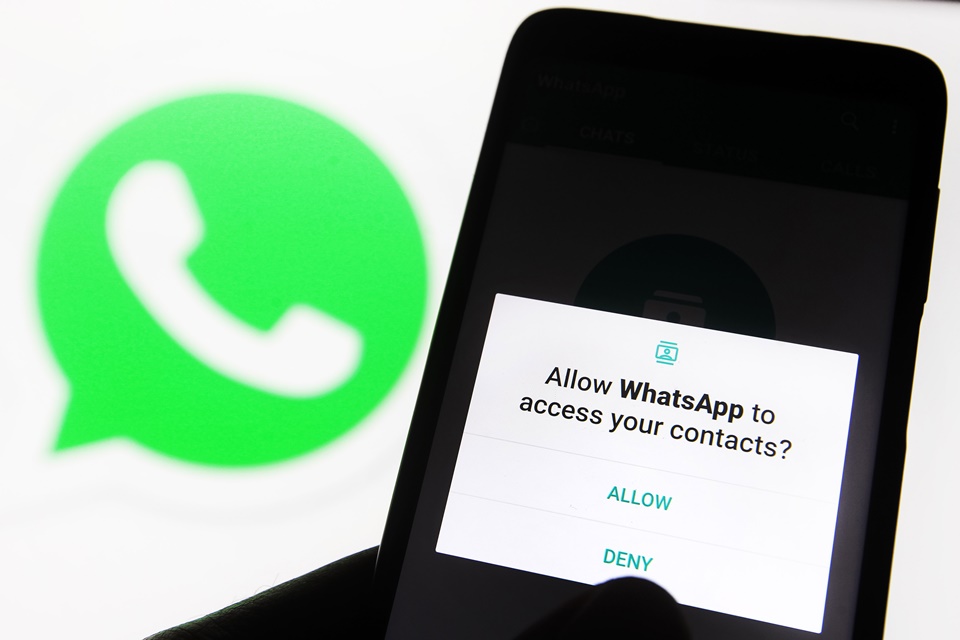 Despite being an environment that democratized access to information, the internet is also a very hostile place. Mainly accessing social media can be a frustrating experience, as the volume of complaints can be high regardless of the reason.

However, the fact is that the high volume of disputes has often caused large companies to rethink “controversial” decisions that had been made. More recently, we had the case of the OnlyFans platform, which gave up on banning sexual content after protests from content producers.

Just like the “nude site”, even giants like Google, Sony and Microsoft have also taken a step back after considering the backlash generated by an ad. Thinking about it, the TechWorld he recalled eight times when companies backtracked because of internet pressure. Check out the list below.

One of the most recent cases of a policy change was that of the OnlyFans website. The platform offers content producers the ability to monetize photos, videos and other exclusive materials. After becoming notable for the presence of “sex workers”, who are people who work in the sex market, the company decided to ban the material that these professionals produce.

On Aug. 19, the company announced that as of Oct. 1 it would no longer allow sexually explicit content on the site. According to the investigations, the decision was taken by pressure from investors and banks that finance the system.

On August 25, less than a week after announcing the new policy, OnlyFans backtracked. “Thank you to everyone for making their voices heard. We got the assurances we needed to support our diverse community of creators and we suspended the policy change planned for Oct. 1,” he said on Twitter after being the target of thousands of complaints from people who make a living on the platform.

After many rumors about the matter, in late March of this year Sony announced that it would actually close its online stores for PlayStation 3 and PS Vita and PSP handheld games. The subject left a lot of people upset, as with the decision, video game owners could no longer buy digital games from the PlayStation Store.

The subject yielded a lot on social networks and even the devices have been on the market for a while, they still have many fans. After the official announcement, the matter took over the networks and many people complained about Sony’s new policy.

After days of being pressured, the Japanese giant decided to back down. “On reflection, however, it was clear that we made the wrong decision. So today, I am pleased to report that we will keep PlayStation Store operational for both PS3 and PS Vita devices,” Sony CEO Jim Ryan said in a statement.

In the text, the executive said that the new decision would leave “the living history” of the brand’s games, which was precisely one of the main complaints of players, since theoretically the digital versions of the PS3 and Vita games would be erased. “Thank you for sharing your feedback with us as we always listen and appreciate the support of our PlayStation community,” concluded Ryan.

In September 2018, Google Chrome completed ten years on the market, and by that time it was already one of the most popular browsers in the world. To take advantage of the festivities, the Mountain View giant revealed that it was considering eliminating the “www” from URLs.

“We want to get to a place where the identity of the web is intelligible to everyone — that they know who they’re talking to when they use a site and can reflect on whether they can trust it,” argued Adrienne Porter Felt, then director of engineering at the company , to the website Wired. 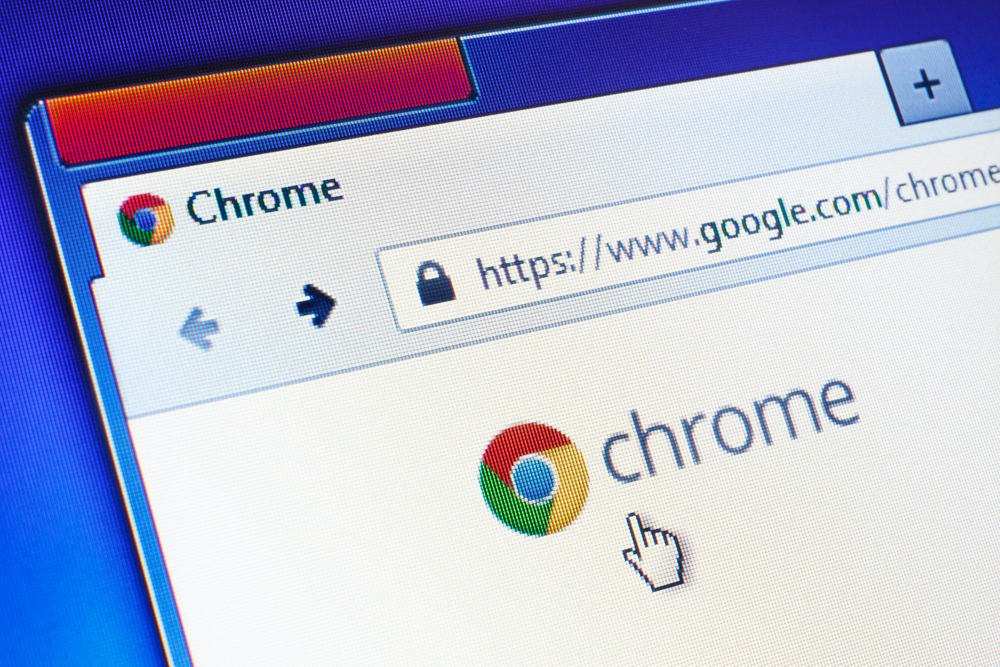 Less than two weeks after making the idea public, Google gave it a hand and said it had dropped the idea, at least for a while. One of the criticisms on social media was that the elimination of the “www” and also the “m”, which indicates that a site is on the mobile version, could facilitate cyber scams.

Despite the general complaint, at the end of 2019 Google decided to implement the feature once and for all. As of version 76 of Chrome, it is already able to hide the “www” of URLs. To calm critics, however, the giant currently allows the full address to appear when the user clicks on the URL.

Also in 2016, Twitter began to implement an important change in the social network. The tweets, which were displayed on the timeline in a chronological order, would start to be displayed based on an algorithmic analysis, which selected the publications in order of importance.

The change made a lot of people upset, as sorting by chronological order was quite popular. And the company even resisted the decision for a long time, until only in 2018 did things change.

In a series of tweets, the company’s official account said it would resume ranking chronologically. From then on, users could choose which way was best to organize publications. 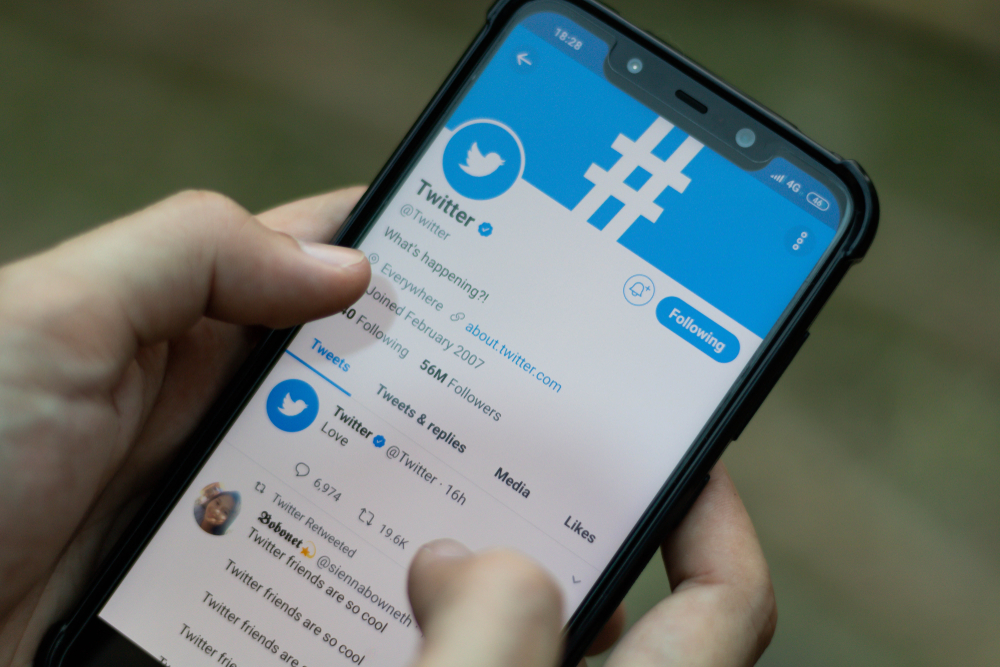 Even though it was acquired by Facebook back in 2014, WhatsApp still continues to integrate with Mark Zuckerberg’s social network. In early 2021, the messenger announced a new privacy policy that, among other things, revealed that the two platforms would exchange user data and information (which companies denied would happen).

To force people to accept the new rules, WhatsApp threatened to block or at least limit the account of those who didn’t accept the policies. Among the punishments, the company even disclosed that those who did not accept could not access the list of conversations, for example.

After much controversy, in a case that ended up in court in other countries and in consumer protection agencies in Brazil, WhatsApp took a step back. The brand withdrew from punishing anyone who did not accept the new rules after the measure “mistake” on social networks. Currently, the app is already working on an update that will allow accepting the policies to be completely optional, without prejudice to those who choose not to comply with the new rules. 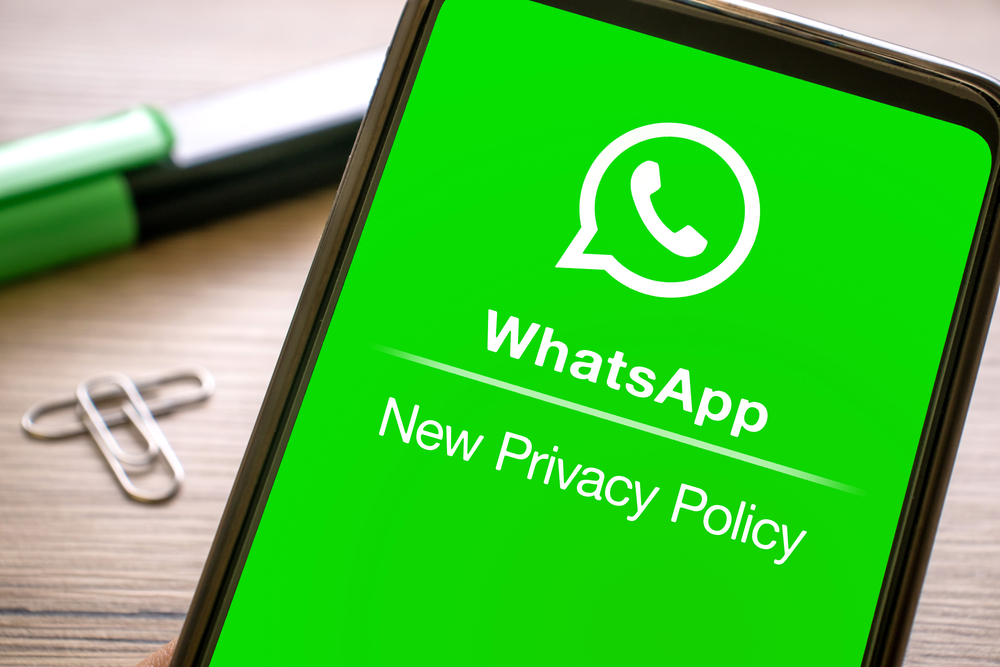 In May 2013, during an E3, Microsoft revealed to the world the Xbox One, its 8th generation console that would compete with the PlayStation 4, which had been announced a few months earlier. However, what was supposed to be an exciting release turned out to be a huge disappointment for the fans.

The American brand explained, right after the video game was unveiled, that it would not run used games. In other words, people couldn’t lend a physical media game to friends. As if that wasn’t enough, it was also said that the console had to remain connected to the internet to work, preventing it from being used completely offline.

The decisions were very bad for Microsoft, which was criticized not only by gamers but also by the specialized media, which saw the decisions as prohibitive for a good part of gamers. Obviously, the tech giant regretted it and dropped the idea. 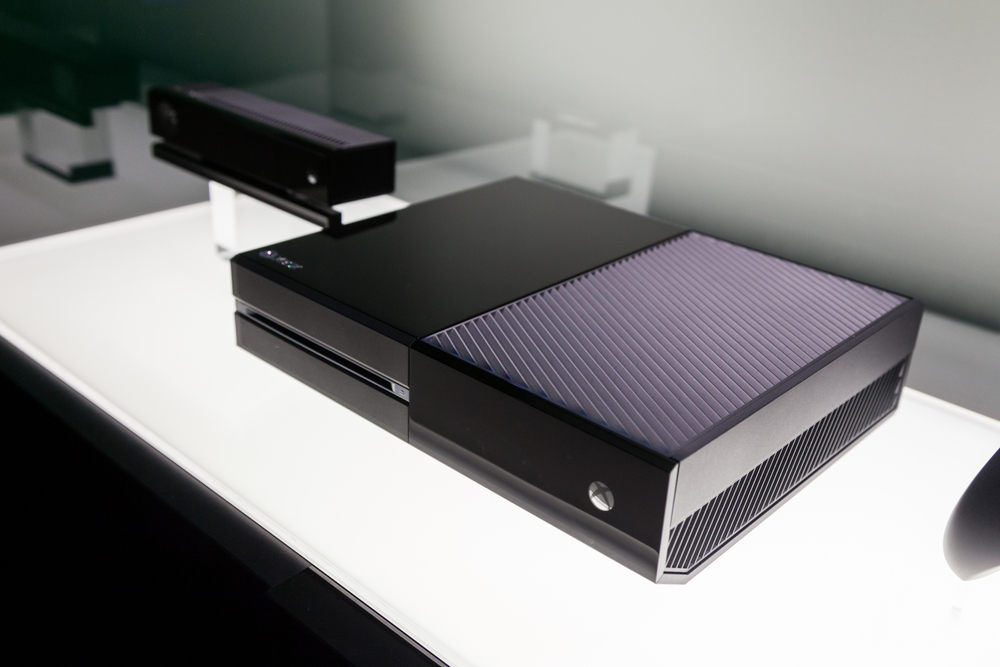 In an official Xbox blog post called “Your Feedback Matters,” the company explained that it had listened to fans and had decided to change policy. The product would no longer have locks for used games and would not need a constant internet connection to run offline games.

In 2019, Instagram reported that it was testing a tool that hid the number of likes for a post. At the time, the measure was announced as a way to discourage “likes competition” and make the social network a place that offered less social pressure.

The tests lasted a long time and were carried out even in Brazil, which is one of the countries that most accesses the service. During that time, which lasted more than two years, Instagram said it had heard negative feedback about the measure and decided to launch a “middle ground”. 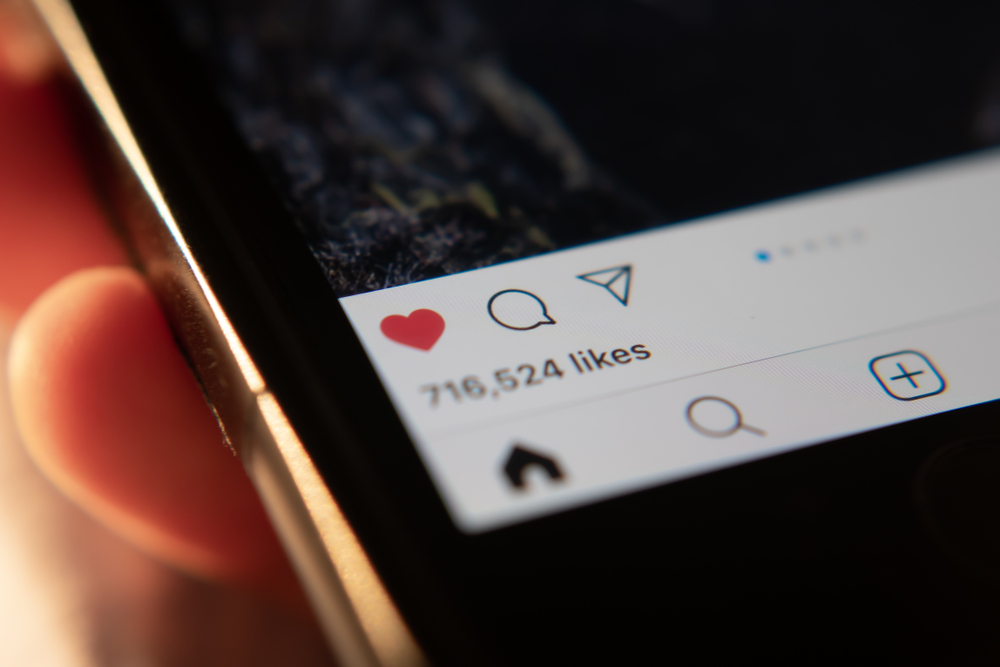 In May of this year, the company announced that it would leave the decision of showing or not the likes to third parties up to the users themselves. “Platform users and experts told us that some people liked not seeing the number of likes, but others were bothered by it, mainly because they rely on that number to see what has gained popularity or is on the rise. choose whether or not you want to see the number of likes,” said the company in a post on its official blog.

In early August, Apple announced a new tool that should scour the iCloud Photos service for Child Abuse Material (CSAM). The giant’s technology mixes concepts of NeuralHash and intersection of private sets to assess whether suspicious users store material containing child pornography and that is similar to what is in the possession of entities that fight this type of crime.

The announcement sparked an immediate uprising from internet security and privacy experts. An open letter signed by more than 6,000 people, including former NSA agent Edward Snowden, asked the company to reconsider the measure. 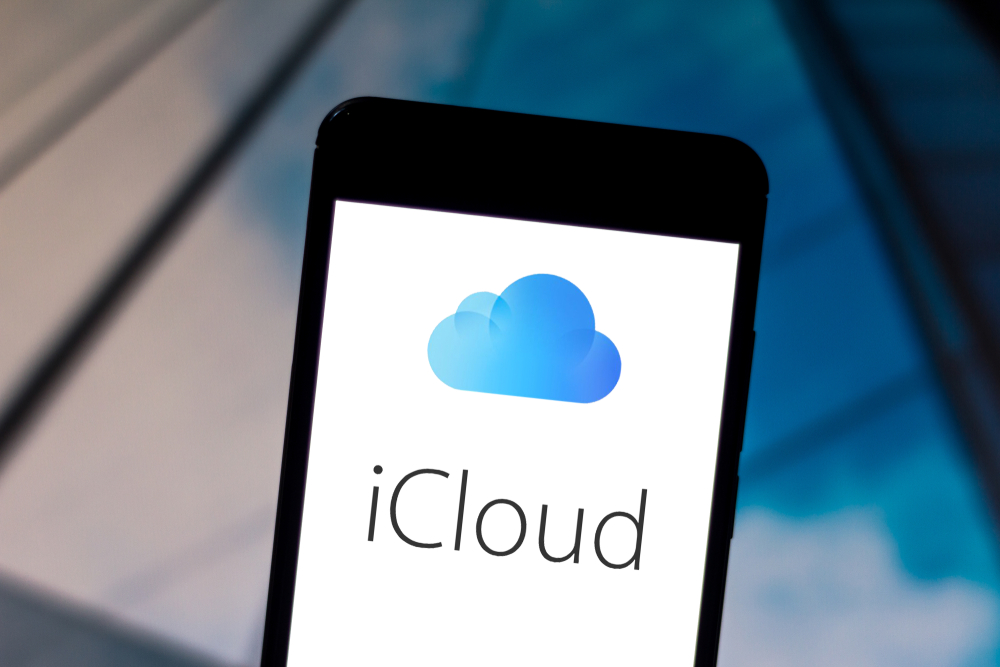 An expert consulted by the TechWorld explained the technology and shared the opinion that Apple’s tool could lead to security issues. The case generated strangeness, as the Apple itself admitted concern with the measure.

After much debate around the action, this Friday (3) the company released a statement to the website TechCrunch taking a step back from the decision to “scrutinize” photos on iCloud. “Based on feedback from our consumers, advocacy groups, researchers and others, we’ve decided to set aside additional time in the coming months to gather information and make improvements before releasing these critically important child safety features,” the statement reads.