Applications to watch football are increasingly complete, allowing you to see live matches from the most varied tournaments, from different countries. In addition to working on cell phones and tablets, they can also be used on Smart TVs, bringing a more comfortable option to follow your favorite team.

Copa Libertadores, Copa do Brasil, Brazilian Championship, State Championship, Champions League, tournaments between national teams and several European championships are among the competitions that you can watch online and live on your smartphone. And in some services, subscription is not even charged.

Below, we list the 8 best apps to watch football live, among free and paid options, all available for Android and iOS. Enjoy!

On Premiere’s official app, it is possible to watch the Brazilian Championship games live, of the teams that have a contract with the pay-per-view system (PPV), in the first division. In series B, the platform displays all matches.

The packages available for subscription also include some state championships, with prices starting at R$59.90 per month on an annual subscription, in a single charge. In the monthly package, the value rises to R$79.90. 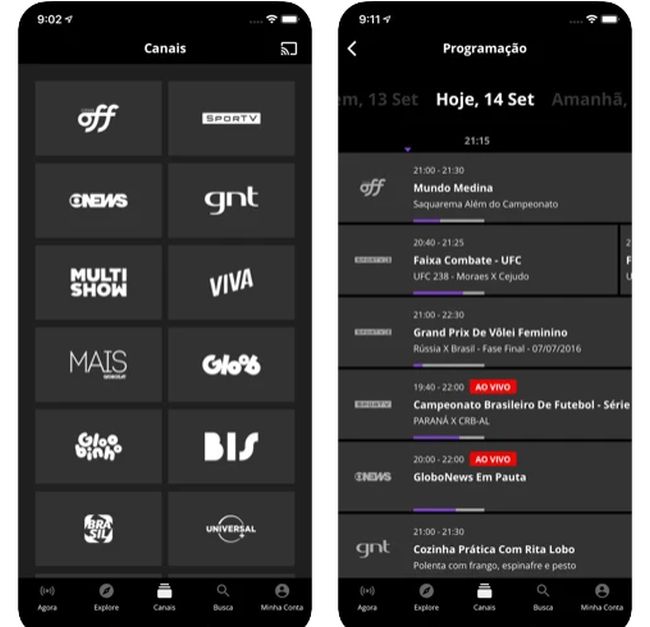 Another interesting app option for watching live football is the SporTV online platform, integrated with the Globosat Play service. Brasileirão series A and B duels, state championships, World Cup qualifiers and other sports (NBA, Volleyball Superliga etc) are available.

Subscribers to the closed TV channel have free access to the SporTV app, simply logging in with the data registered with the operator. 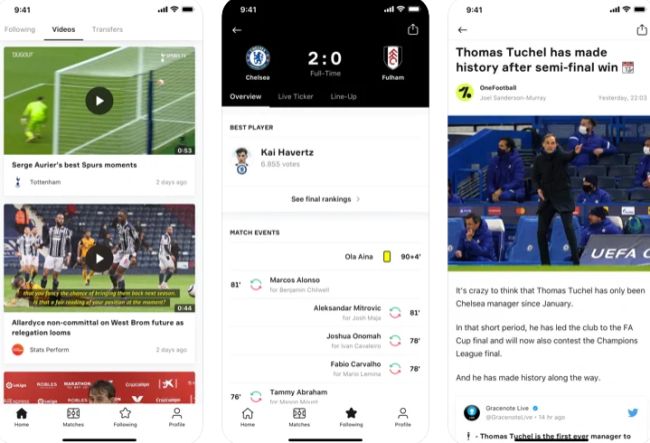 Bundesliga games are the main attraction of the OneFootball streaming platform. It is through it that the matches of the French Championship, where Neymar plays, are also shown, with exclusivity.

Best of all, you don’t have to pay to watch games on the OneFootball app. All broadcasts are free and the user can even follow the latest news from the world of football. 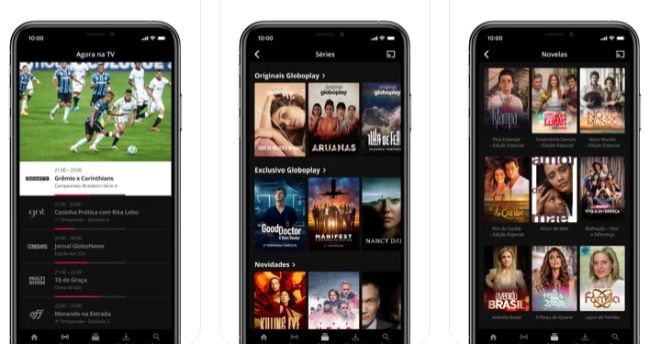 With Globoplay, you can watch games broadcast by Globo on your cell phone, free of charge, including Brasileirão matches, Copa do Brasil, Qualifiers and other championships that the channel broadcasts on TV. In this case, it is not necessary to have any type of subscription to the service.

For those who subscribe to the Globoplay+ live channels plan, which costs R$49.90 per month, you can also watch SporTV programming on the platform. There is also a plan with Premiere channels (R$ 78.90 monthly).

Successor of EI Plus, the TNT Sports Stadium app has in its catalog several championships shown live. The main highlight is the Champions League, with live transmission of all matches on the internet, but the service also has some matches for the Brasileirão, League of Nations, Italian League and World Cup qualifiers.

The subscription costs R$13.90 in the annual plan and R$19.90 in the monthly, placing the platform as the cheapest among the paid ones.

ESPN streaming brings together several attractions for fans of international football, with an emphasis on broadcasts from the English, Spanish, Argentine, Dutch and United States (MLS) championships. The subscriber can also see several other sports, such as American football, basketball, surfing, tennis, cycling, MMA and much more.

You must be a subscriber to ESPN channels on pay TV to watch matches on the WatchESPN app, logging in with your operator’s data.

The subscription to DAZN costs R$19.90 per month. 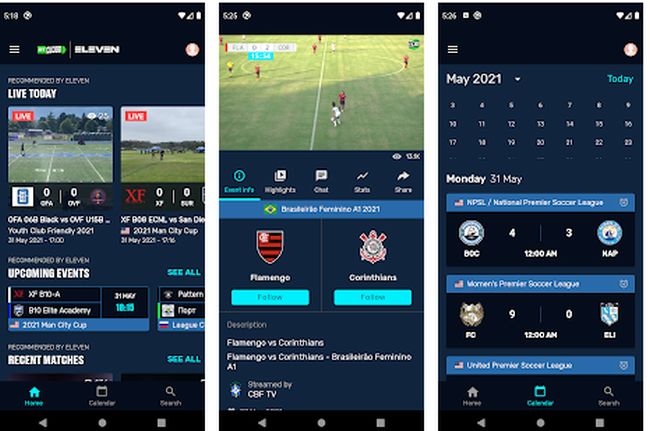 Do you enjoy watching women’s football, youth games and lower division matches? So, you need to know about the Eleven Sports platform (formerly MyCujoo). It also shows state games, Brazil U-17 and U-20 Cups, several international championships and even futsal.

The user also has the option to watch the best moments of the duels that have already ended, if he has not been able to see them live, remembering that all content is available for free.