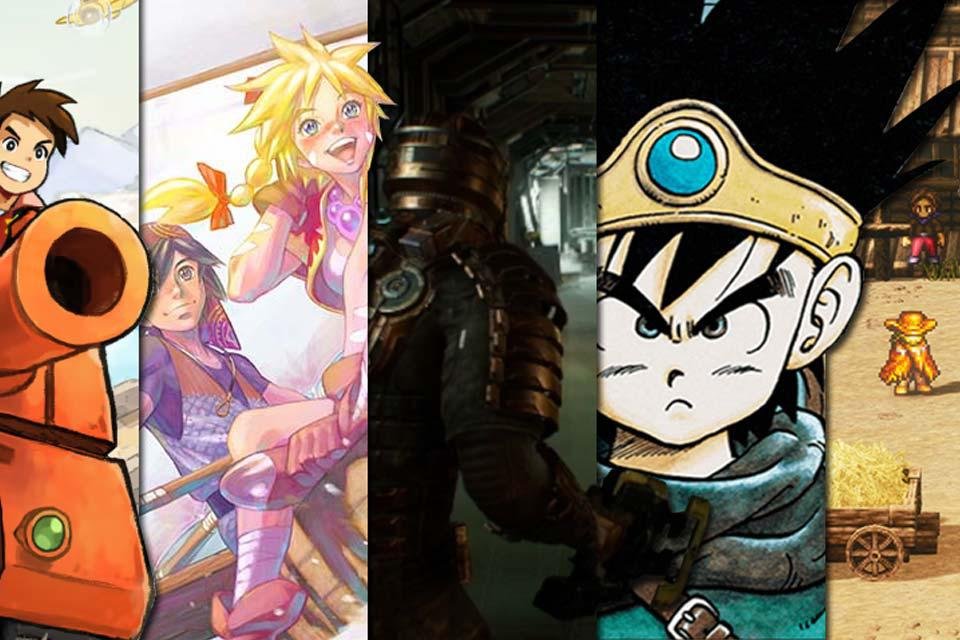 Over the years, the world of video games has received a number of titles that have made history, whether in general or just personal, marking the lives of players.

Looking back and remembering how cool it was to enjoy these games in the past is always good, but sometimes we need a little more than that. Enter the remasters and recreations!

Remasters and remakes to keep an eye on

In the first, we revisit the games in a remastered version that often has new and improved textures and sound effects, and sometimes even improved controls. After all, not all controls and gameplay are timeless…

In the second, we received a rebuilt version from scratch, updating the games with gameplay, control scheme, etc. consistent with the present day. Here’s a list of seven must-see remakes and remasters (and an honorable mention) that should hit stores starting this year!

Compiling the first two games, released for the Game Boy Advance, Advance Wars 1+2: Re-Boot Camp is a new version of the two classics “completely reimagined and remade”, in Nintendo’s own words.

The game will have renewed graphics, completely redone from scratch, with gameplay bringing a 3D look while the development of the story and other parts of the adventure continue in 2D, maintaining the visual fidelity of the series. Originally expected for December 2021, the game has been delayed and was scheduled to arrive in April of this year. Because of the recent war between Russia and Ukraine, however, Nintendo chose to delay the title again, this time without offering a new release date.

The new remastered version of Chrono Cross is already on the way, arriving on April 7th of this year for PS4, Xbox One, Nintendo Switch and PC (via Steam) with new high resolution character models and a lot more news.

For example, the remaster will bring the ability to turn enemy combat encounters on or off, battle improvements (including auto-battles), and the option to switch between the revamped and the original look. In addition, the game will also bring the adventure Radical Dreamersnever before released in the West, which makes the connection between Chrono Cross and the classic Chrono Trigger.

Utilizing most of the original game’s designs, but adding updated touches like lighting and ray tracing to make everything more realistic, Dead Space Remake is in production — but has yet to receive a release date.

In the new version of the game, which will have versions for PS5, Xbox Series X|S and PC, players will be able to use different items from the arsenal to inflict various forms of damage to opponents, all washed down with a lot of blood and gore. While we don’t know much about the recreation of the original title, news will be revealed on March 11th, when the development team will talk a little more about the role of sound in the remake.

Revealed on the franchise’s 35th anniversary, Dragon Quest III HD-2D Remake is coming with revamped graphics. Assuming a look very similar to that of Octopath Traveler — in what appears to be a very welcome new trend — the game will be a mix of high-res 2D and three-dimensional elements.

Another clear change that can be seen in the trailer above (in Japanese) is that now, during battles, we can see the team of heroes from the back while selecting actions on the player’s turn. Unfortunately, to the sadness of fans, the title remains without a release date and the platforms for which it will be released have not yet been announced.

Even though it was never localized outside of Japan, the original title was released in 1994 for the Super Famicom (the Japanese equivalent of the Super Nintendo). Taking everyone by surprise, Big N announced the game’s arrival for Switch on July 22, 2022 with 2D-HD graphics, similar to those seen in Octopath Traveler and, more recently, in Triangle Strategy.

In Live A Liveplayers will have to visit several different eras of human history, from the distant past to the future, participating in many clashes and participating in various clashes in the best JRPG style.

Prince of Persia: The Sands of Time Remake

Announced in 2019, the recreation of Prince of Persia: The Sands of Time It’s one of those cases where the game is revealed and it looks like it’s never going to come out. With very poor reception from critics and fans, the game has already been delayed twice – the last one taking place in October last year.

Little is known about this new version of the Ubisoft classic. Originally released in 2003, the game was very well received by specialized critics, receiving a 92 in the PS2, Xbox and Game Cube versions; and grade 89 in the PC version. In addition, the title was named Game of the Year at E3 2003, in addition to receiving numerous nominations and awards for excellence — and a film adaptation that unfortunately did not please as much as the source material.

Confirmed in December last year, Splinter Cell Remake is being developed by Ubisoft Toronto and is supposed to retell the story of the first game in the series — this time using the new version of the Snowdrop Engine (the same one used in The Division). The team’s intention when recreating the classic is to modernize the 2002 game, with controls and visuals updated to the standard seen in the most current games.

The team, however, intends to stay true to the original: the remake will have a linear structure, based on stealth, also maintaining the theme seen when the game was released 20 years ago. As it is still in the early stages of development (with Ubi still looking for more professionals to work on the project), it is likely that it will take a while for us to see the new version of the first one. Splinter Cell coming to stores.

Let’s quickly put aside the HD and VR versions and let’s get down to business: although it’s not yet officially confirmed by Capcom, a remake of Resident Evil 4 is probably in production. After all, we’ve already received new editions retelling the story of the first three numbered titles in the Japanese producer’s zombie and bioweapons series – so a completely updated and revamped version of Leon’s adventure against the Plagas threat is more than expected.

Although it doesn’t count on the participation of Shinji Mikami, the creator of the franchise and the mind behind the improvements seen in the fourth numbered title, the remake of RE4 has the blessing of the master, who hopes that Capcom can improve even more the classic. And it is very likely that we will see a recreation of the game, as several rumors indicate that the development of the remake of the title is back in the hands of the producer.

And you, are you impatiently waiting for some remaster? Is there a remake that you can’t wait any longer? Say it in the comments!