The idea of ​​a story on a television show or big screen can be the result of an adaptation of a real event. In the South Korean film industry, many of them carry stories that really happen in the real world and then immortalized into film and drama.

One of the most phenomenal adaptations comes from the series of criminal acts that have occurred in the city of Hwaseong, Gyeonggi province. The case occurred in 1986 to 1991, involving 10 rapes and murder of women in conditions of being bound.

The Hwaseong serial killer is one of the many phenomenal cases that clings to people’s memories. So phenomenal, this story also inspired the following 7 Korean films and dramas.

This film is the result of Bong Joon Ho, who also directed the film Parasite (2019) which aired last May. Adapted from a true story, Memories of Murder successfully won a series of awards at the Chunsa Film Art Awards, Korean Film Awards, and many more. Still about the Korean film world, Confession of Murder (2012) was also inspired by the Hwaseong serial murder case. The film revolves around a serial killer named Lee Doo Suk who published a book best seller titled “I’m A Killer” which describes how he killed his victims in the past.

Doo Suk dared to openly because the murder case committed by him had reached an expired status. Because of that, a detective named Choi Hyung Goo tried to catch the culprit who had escaped 15 years ago.

As if not wanting to be left behind, this time the Korean drama series also poured the Hwaseong serial murder story into a story idea. Drama Gabdong, The Memories of Murder the genre crime-thriller had aired in 2014 on tvN cable television station.

In this drama, told a detective named Ha Moo Yeom (Yoo Sang Hyun) who wants to catch the true culprit from a serial murder case. Moo Yeom’s insistence is based on his bitter experience in his past, 20 years ago when the father who was not the perpetrator was determined to be a suspect and committed suicide because of it.

Also Read: 5 Korean Films About the Depression Makes You Empathy Signal (2016) includes a Korean drama inspired by the Hwaseong serial killer whose ratings continue to skyrocket during the broadcast period. An interesting and always intriguing drama script for each episode was worked on by Kim Eun Hee, who also wrote the script in the Netflix drama series titled Kingdom (2019).

Together with veteran detective Soo Hyun, also assisted through tools walkie talkie by detective Jae Han from the past, who provided important clues to solving the mystery of the case. Through a mysterious tunnel, detective Park Kwang Ho (Choi Jin Hyuk) who lived in 1986 underwent a time trip to 2017. His mission is of course to catch the true culprit of the serial killings that killed many women. In an effort to complete the mission, Kwang Ho is assisted by detective Kim Sun Jae (Yoon Hyun Min) and criminal psychology professor Shin Jae Yi (Lee Yoo Young).

The mission must be completed so that Kwang Ho can return to 1986. In between his struggles, one mystery after another is solved. Even the time crossing he experienced had a special meaning because it connected Kwang Ho with people in the past.

Drama Tunnel (2017) aired on OCN television station, which is known to be reliable in working on genre dramas crime-thriller. Tense sensations and curious instincts will be felt as long as you watch Tunnel (2017). 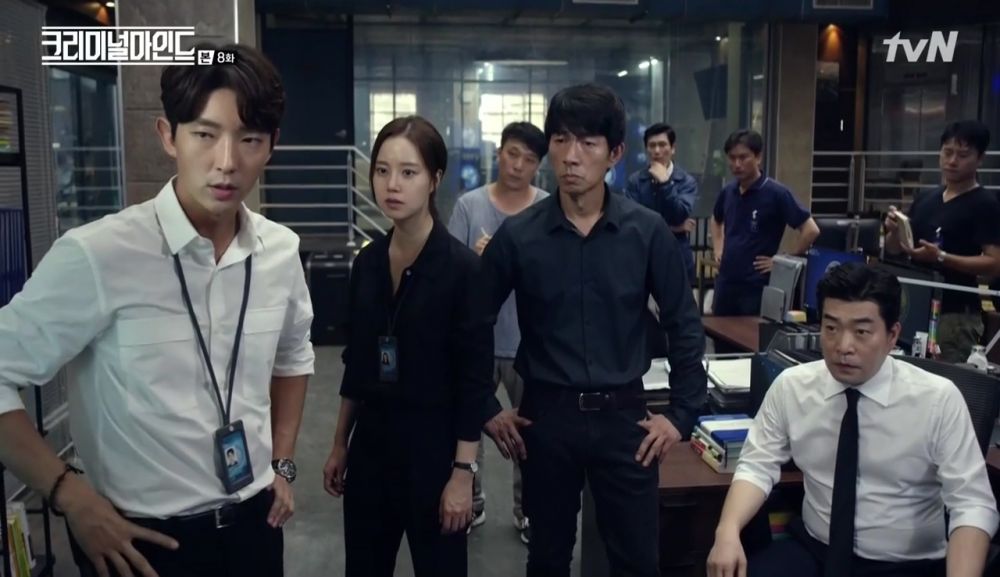 Criminal Minds (2017) tells of a group profiler reliable assigned to resolve cases. One of profiler Kim Hyun Joon (Lee Joon Gi) who when he was a child had to witness his father being killed by a serial killer suspect.

Although often arguing with colleagues profiler others, but Hyun Joon succeeded in proving the greatness of instinct and accuracy of ability profiling in solving each case.

Not only Lee Joon Gi, tvN drama with a total of 20 episodes also hooked a series of actors and actresses such as: Son Hyun Joo, Moon Chae Won, Yoo Sun, Lee Sun Bin and Go Yoon. Again, actor Jung Jae Young participated in the adaptation show on the Hwaseong case. After previously playing in the film Confession of Murder (2012), this time he starred in a drama called Partner for Justice (2018) as Baek Beom.

Baek Beom is a forensic doctor who has a career for 10 years, but is known to have a bad personality. Assisted by a young prosecutor Eun Sol (Jung Yoo Mi) who has the ability photographic memory, the two work together to resolve a criminal case.

After ending in July 2018, Partner for Justice released season 2 which aired last June 2019, you know.

Now that’s 7 Korean films and dramas inspired by the serial killings that happened in Hwaseong decades ago. By the way Is there anything you’ve watched from the seven shows above?

Also Read: 7 Celebrities who Fit in the Hollywood Version of the Korean Parasite Film