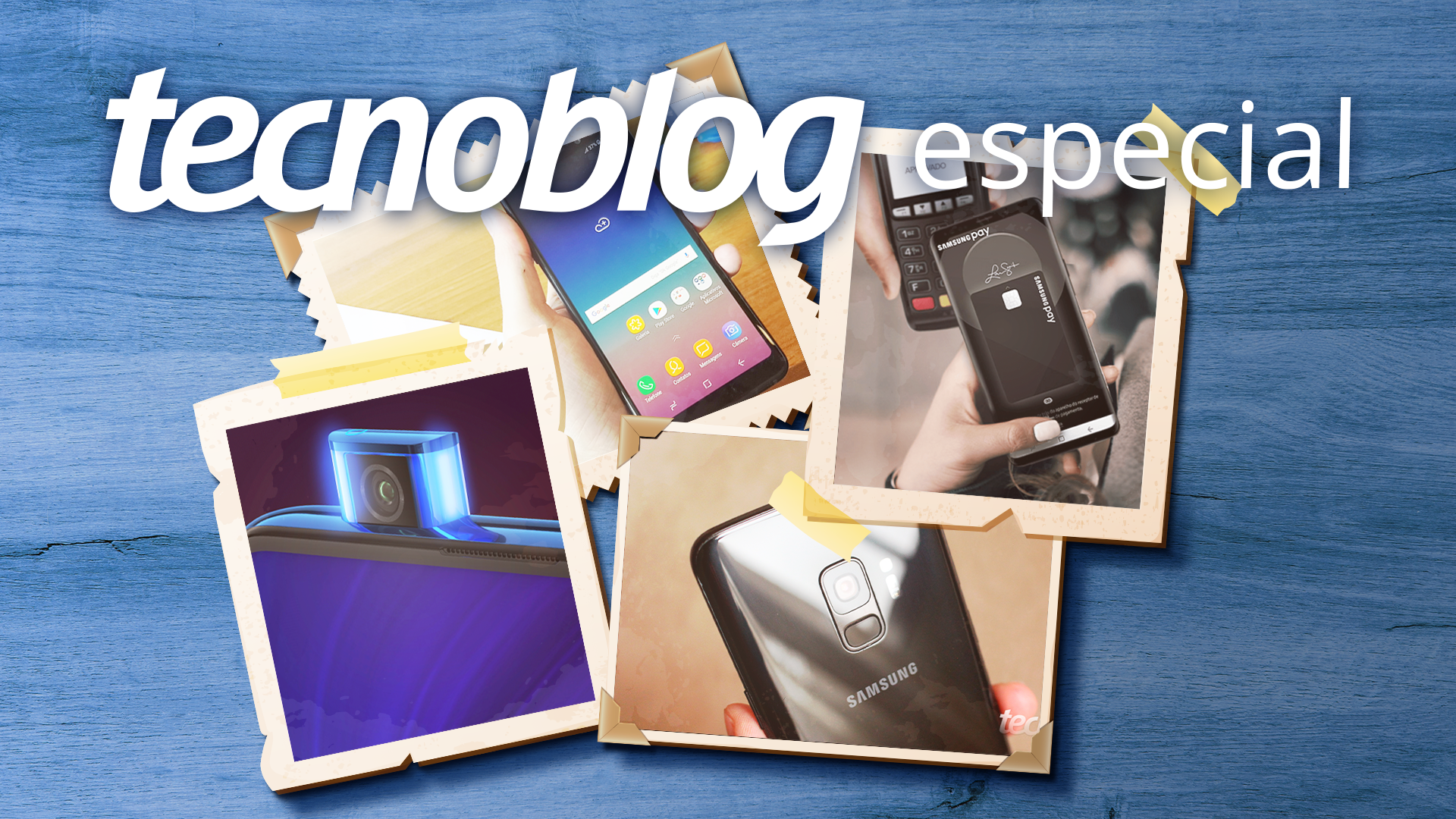 Who would have thought, in the 2000s, that cell phones would be water resistant? Well, phones have evolved considerably in recent years, which has even made room for unusual features, such as an iris scanner on the smartphone. But not all the innovative functions of the past remain available in the present. Check out below seven cell phone technologies that were abandoned.

The Galaxy S9 was very popular when it was released in 2018. The main camera of both the conventional edition and the Galaxy S9+ had a variable aperture. I.e, the lens aperture was adjusted according to the ambient lightingas it was not fixed like the other options on the market.

The feature was a hit at the time. After all, if you were in a dark place, the cell phone would open the camera’s diaphragm to let in more light. But if you were in a park under the sun, for example, you could close it so that the photo wouldn’t come out too bright.

Samsung even brought the feature to the Galaxy S10 the following year. But the same did not happen in the following generations.. On the other hand, the South Korean brand has increased the number of cameras in the most advanced models of current generations, such as the Galaxy S22 Ultra.

Manufacturers have focused a lot on what to do with the front camera to make smartphone screens bigger. This is the case with Apple, which drew attention in 2017 when it launched the iPhone X with notch. Then other manufacturers decided to punch a hole in the screen. But there was also room for other creative solutions.

And this is where the retractable front camera comes in. It all started in 2018, when Oppo and Vivo launched cell phones with a camera that was on a sliding base to store the sensor. Meanwhile, the screen took up the entire front of the phonewith almost invisible edges.

Other manufacturers followed Chinese brands later. Among them is Xiaomi, which launched the Mi 9T in 2019 with a retractable camera. Samsung also introduced the Galaxy A80 with a photo set that could be used both in the back and in the front. The idea, however, did not take hold and is hardly seen today.

3. LED for notifications on Android

Anyone who has used Android phones in the past may remember the LEDs for notifications. I even remember the envy I felt, because my iPhone 3GS didn’t blink a light when new messages arrived. On some models, you could even customize the LED to light up different colors depending on the type of alert.

Several manufacturers have adopted this element in the Android universe. This is the case with Motorola, with the classic Moto G of the first generation that turned on a white light whenever a new notification arrived. The feature also appeared on Samsung and Xiaomi phones.

The function, however, has ceased to be used in recent years. In my hand, the last phone with the feature I bought was the Galaxy A8, launched by Samsung in 2017. Since then, as the cutouts and holes in the screens have become an industry standard, the LED for notifications has gone from side – what a pity.

Apple has also left out a very useful feature lately. This is the case of 3D Touch, a technology that could measure the pressure of the touch on the screen. Through this sensor, iOS emitted different reactionslike opening a shortcut by pressing a button harder.

The function was introduced on the iPhone 6S and iPhone 6S Plus in 2015. Back then, the feature came along with a command to open a menu when selecting an app on the home screen. For this, you just had to squeeze the screen a little harder.

The feature, however, was deprecated in 2018. While the iPhone XS and iPhone XS Max both launched with 3D Touch, Apple switched the function to Haptic Touch on the iPhone XR, which just checks how long the user is holding down the screen. Then, the new technology was rolled out to all models released since the iPhone 11 in 2019.

5. Payments via MST on Samsung Pay

NFC is not the only contactless payment method out there. Since the Galaxy S6 and Note 5, launched in 2015, Samsung has been using the Secure Magnetic Transmission technology in Samsung Pay. The resource is better known by its acronym in English: MST.

The solution has a certain advantage over NFC, as can be used in virtually any terminal. This is because the feature sends signals that simulate the card’s magnetic stripe. Thus, it is possible to complete the payment even in old machines.

But Samsung decreed the end of technology in its cell phones with the launch of the Galaxy S21. In 2021, the South Korean brand reported that the decision was made “due to the rapid adoption of NFC technology by consumers and businesses”. Therefore, Samsung Pay will focus on NFC transactions.

The BlackBerry was an iconic cell phone. I remember how elegant it was to see someone using a branded smartphone with a physical keyboard. But there was another really cool feature on the phones: a trackpad in place of arrow buttons to navigate the system.

But it wasn’t always like this. In the beginning, the BlackBerry used a ball that, when rotating from one side to the other, aided in navigation. Then the company added a touch-sensitive button that selected options by dragging a fingertip.

The technology was pretty cool and gave the smartphone extra style. However, as the touchscreen became popular, even the BlackBerry adhered to the touchscreen in 2013, with the release of models with BlackBerry OS 10. Today, both the trackpad and the physical keyboard remain more in our memories than in cell phones.

The trend now is to bring facial recognition to all cell phones. On the iPhone, for example, you don’t need to enter your password or use your fingerprint to unlock the screen: just look at the front camera. But Samsung also bet on an iris scanner to free up access to its cell phones.

The technology was introduced in the Galaxy Note 7 in 2016. And its use was beyond curious, as the cell phone was unlocked by scanning your eyes, as if it were a spy movie. If the biometrics matched, the screen was unlocked and you could move on cell phone.

Technology has also bid farewell to branded cell phones recently. Since the Galaxy S10, Samsung has left only two biometrics options: facial recognition and fingerprint sensor. On the other hand, Samsung has built-in the fingerprint reader in the screen of the latest models of the Galaxy S lines.

And you, do you miss any technology for cell phones that was left out? Share your memories there at Tecnoblog Community!