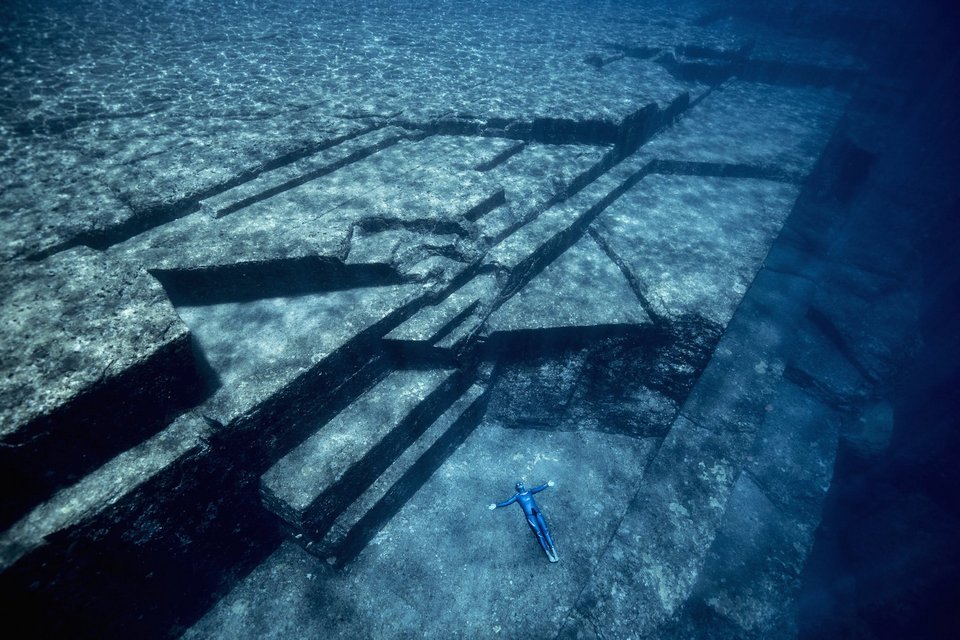 The bottom of the oceans is less known than the surface of the Moon. There, they can be found from gigantic structures to living microbes whose last meal was 86 million years ago. Check out the most bizarre things researchers have ever found underwater:

Since antiquity, there have been stories about huge monsters capable of swallowing whole ships. With the advent of technology (capable of both preserving the bizarre creatures that emerge from the depths of the ocean as well as registering images of it), myths have given way to science – but not so much.

While followers of Russian fisherman Roman Fedortsov are frightened by the creatures that fall into the fishing nets of his trawler, scientists exploring the depths of the sea are still amazed to see, live and in color, creatures whose records date back to the beginning of the century. and even then, they are often exaggeratedly portrayed. 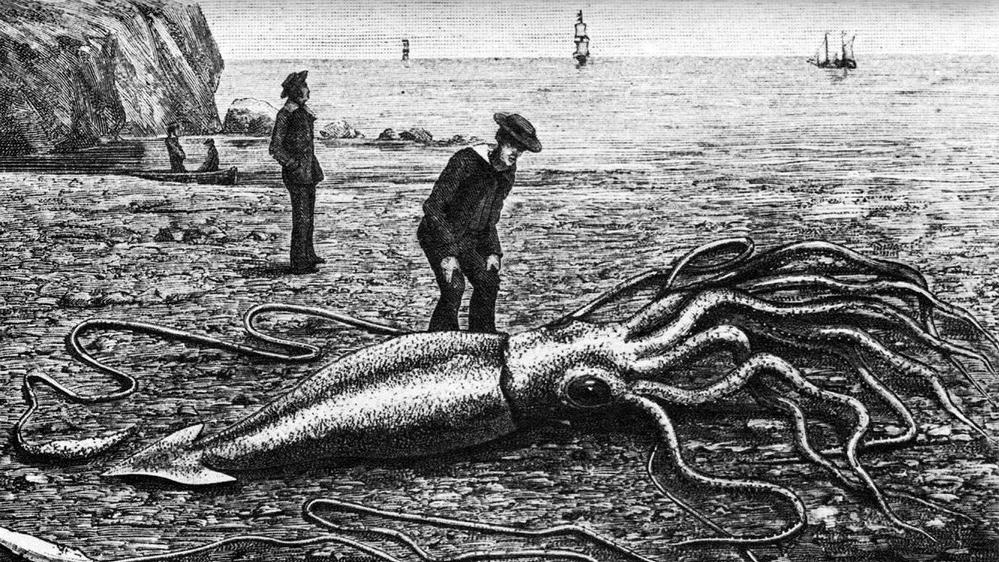 The legendary sea monster known as the Kraken (actually a giant squid), found in the Canadian province of Newfoundland and Labrador in 1877.Source: Wikimedia Commons / Reproduction

A good example is the squid of the genus Magnapinna, which can reach up to eight meters and whose first record is known to date from 1907. The first adult animal, however, was only filmed in September 1988 by the crew of the submersible Nautile, on the north coast of Brazil, at 4,735 meters. depth. Most of the time, the few specimens were found swimming in the depths of the Gulf of Mexico and the coast of Australia. 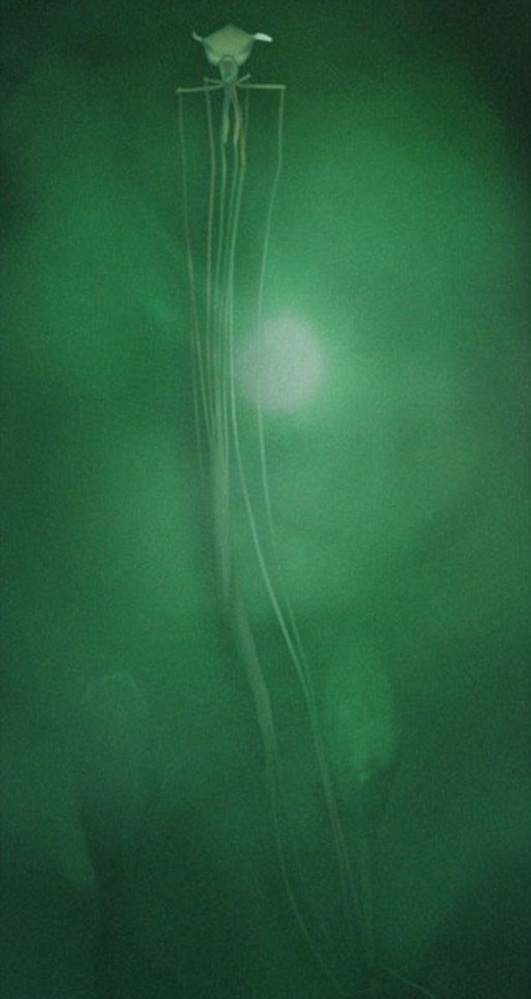 Image of the giant squid, captured in the Gulf of Mexico in 2013. Sightings like this are extremely rare.Source: Shell Oil / Reproduction

Other strange, gigantic and monstrous-looking animals are still hiding in the depths of the oceans. A good example is what you see in the video below. Some claim to be a ctenophora (known as sea star fruit), others disagree – but sure, there are none.

Sac Actun (Mayan yucateca for “white cave system”) is a system of underwater caves on the Yucatán peninsula in Mexico, near the village of Tulum. The inhabitants of the surroundings have always avoided getting close to the cenote (name of natural deep wells common in the country, resulting from the collapse of limestone layers; the collapse exposes sheets of water that connect to sea caves).

The bad reputation of the place dates back to the ancient Maya – and that was what attracted the attention of archaeologist Bradley Russell, from the University of Albany, who led, in 2013, an expedition to the depths of the well (before the team entered the cenote, a shaman conducted a ceremony to calm the legendary demon guardian of the well, a huge feathered serpent). 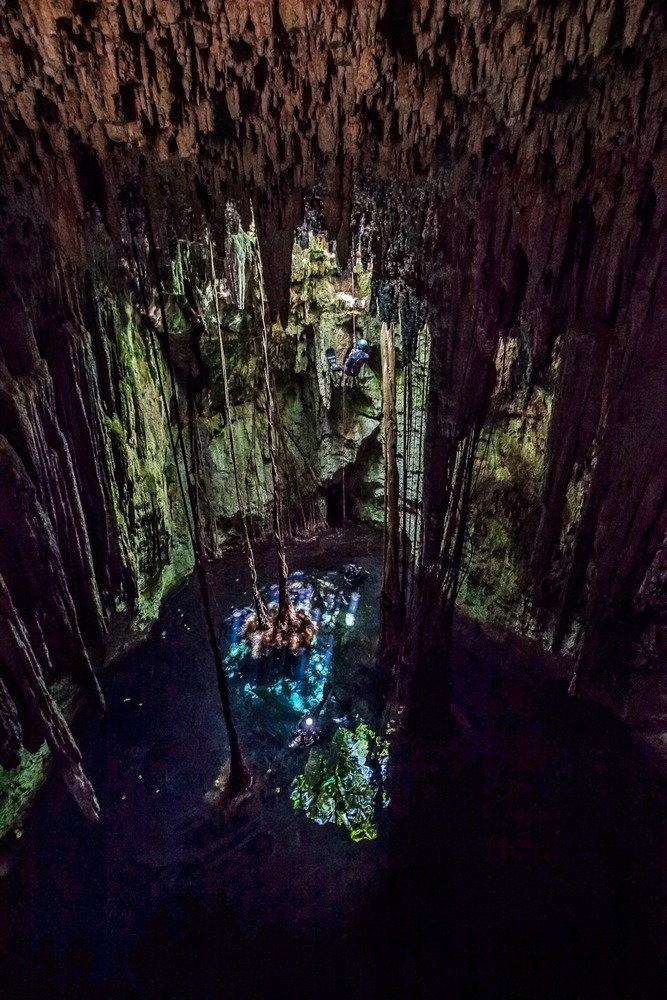 The entrance to the cenote would be guarded by a demon, who would ward off intruders.Source: National Geographic / Bradley Russell / Reproduction

Diving into the underwater cave, Russell found the floor of the two chambers that make up the system lined with human bones. It is not known who the people at the bottom of the well were or how they got there. 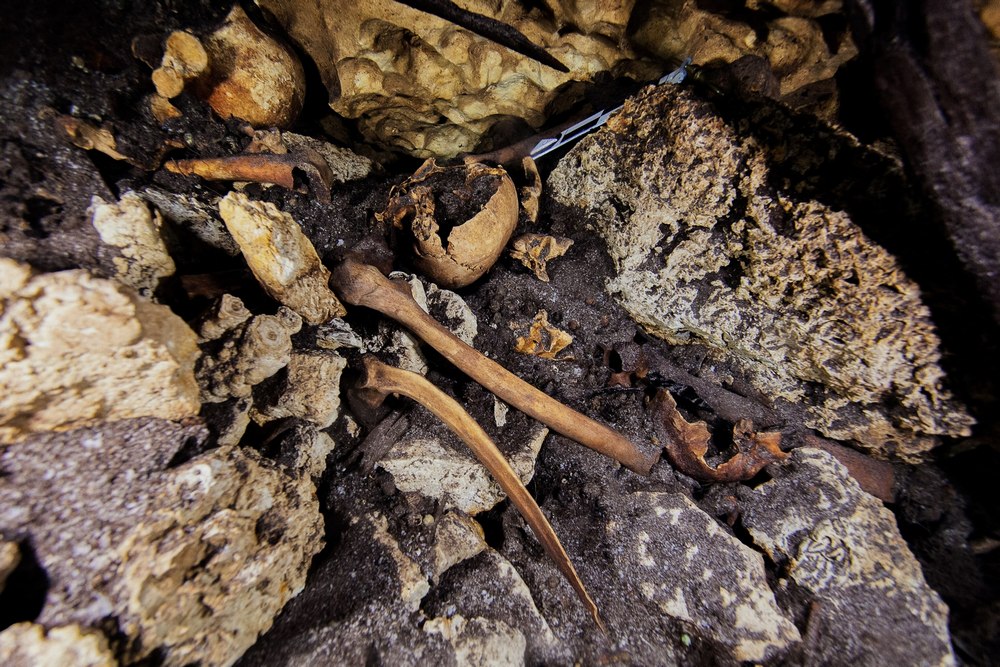 Human remains of individuals of different ages were found on the floor of two chambers.Source: National Geographic / Bradley Russell / Reproduction

The cenote, according to Russell, is the only one outside the walls of the ancient Mayan city of Mayapán, about 40 kilometers south of Mérida, the capital of the Mexican state of Yucatán. “What we can assume is that the people inside the well are victims of the plague. No one would want those infected around, or drink from the water in that well,” Russell said at the time. 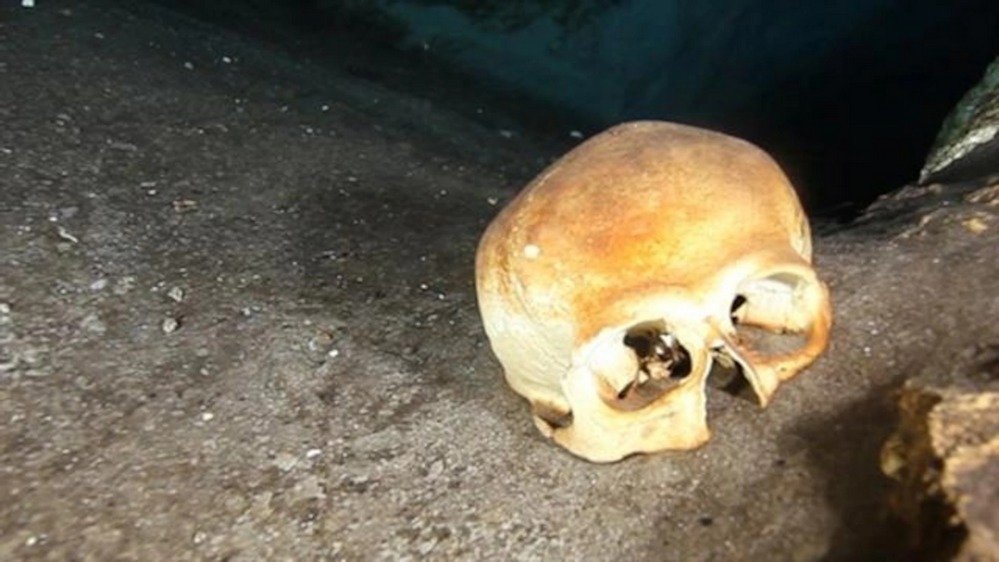 None of the bones have marks that indicate the cause of death; therefore, archaeologists do not believe in human sacrifice.Source: National Geographic / Bradley Russell / Reproduction

In the region, the history of the devil still prevails, the snake that curls up on a branch, jumps in the air and, after three turns, dives into the cursed well whose bad reputation dates back to the 12th century.

3. A supernova that turned into dinner

While drilling the bottom of the Pacific Ocean, a group of researchers led by physicist Peter Ludwig of the Technical University of Munich found the remains of a supernova that exploded 2.7 million years ago, after they were eaten by bacteria. It wasn’t just any star: Type II supernovae end their lives with the gravitational collapse of their nucleus, exploding violently and ejecting, among other elements, iron 60 (an unstable radioactive isotope). 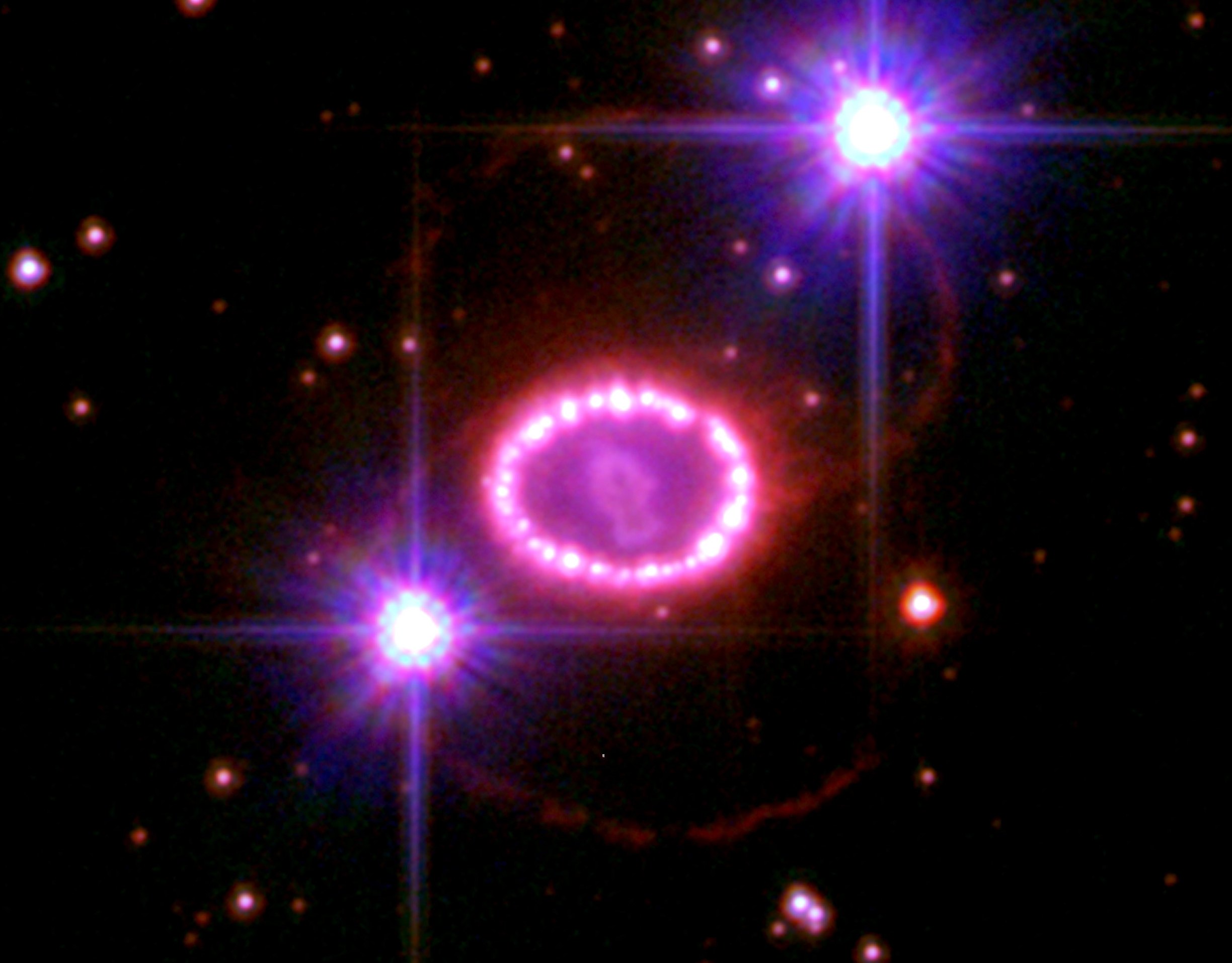 What remained of the 1987A supernova (a type II supernova), captured by the Hubble space telescope.Source: NASA / ESA / P. Challis / R. Kirshner

For it was this element that the researchers found in fossilized magnetotactic bacteria – these little beings orient themselves along the lines of the Earth’s magnetic field and, thanks to specialized structures called magnetosomes, are able to form and store tiny magnetic crystals. Because of them, even after they are dead, they still behave like tiny compasses – and that’s how they were found at the bottom of the ocean.

After the bacteria died, the organic material decomposed. The crystals inside, however, were preserved and detected, millions of years later, by a mass spectrometer, revealing iron-60 atoms in the fossilized chains of magnetite produced by the bacteria. Since the half-life of iron-60 is only 2.6 million years, after it has fallen on the planet for 800,000 years, the isotopes on land and in the sea have long since disappeared – but have been preserved in bacterial stomachs.

Many say that the structures of Yonaguni, a submerged rock formation off the coast of Yonaguni, the southernmost of the Ryukyu Islands in Japan, are of natural origin; others, vestiges of a civilization that disappeared ten thousand years ago. Marine geologist Masaaki Kimura says he has identified traces of a submerged city, with a ziggurat, roads, monuments and a stadium. (The following images are from French photographer Franck Seguin, who accompanied diver Guillaume Néry.)

The ensemble would be what remains of Yamatai, a reign of ancient Japanese whose location is uncertain and a center of controversy among historians.

On the other hand, archaeologists believe that the origin of the structures is natural. Other rock formations on the island of Yonaguni also have the same stepped layout. According to geologists, as the region is prone to earthquakes, they can fracture rocks regularly.

This hypothesis is refuted by the group that defends the artificial origin: according to them, there are no loose blocks in the flat areas of the formation – which is explained by the defenders of the natural origin: strong marine currents would be responsible for “cleaning” the terrain around the structure .

5. Rivers under the sea

At the bottom of the Black Sea, a huge river runs that, if it were on land, would be the sixth largest on the planet, with a kilometer wide and up to 35 meters deep, and more waterfalls and swirls along its bed. It is formed by the salt water that flows from the Mediterranean to the Black Sea, where the water has a lower salt content. 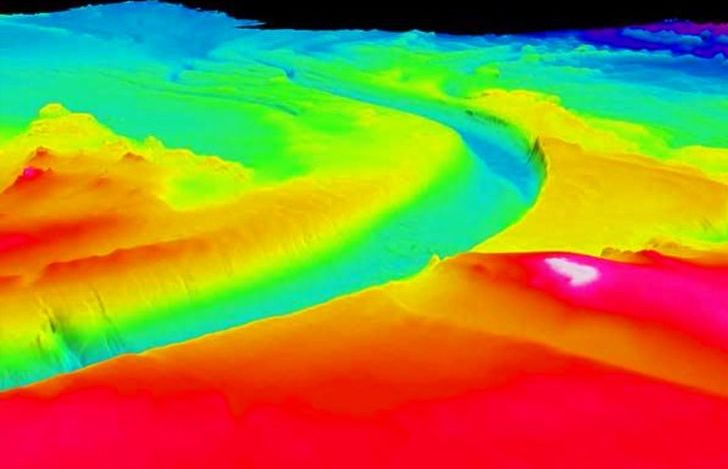 The 3D image, made by radar, shows the submarine channel of the river, at the point where the Bosphorus Strait meets the Black SeaSource: University of Leeds / Disclosure

So far, it is the largest active submarine river identified – but no, the most famous. (The images below are by Russian photographer Anatoly Beloshchin.)

This title is from the river that flows below the set of underwater caves accessible by the Cenote Angelita, in the Yucatán peninsula, in Mexico. Salt water, with a large amount of hydrogen sulfide, separates from the fresh water above.

The result is a river like the ones on the surface, including fallen trees and leaves on its “banks”.

While some bacteria at the bottom of the Pacific Ocean feasted on the remains of supernovae, others have been fasting for 86 million years, waiting for a breath of oxygen and dinner to come out. A team of Danish and German researchers, led by microbiologist Hans Røy, from the University of Aarhus, collected clay samples from the ocean floor, along the equator and more in North Pacific regions, dating back to the Jurassic. 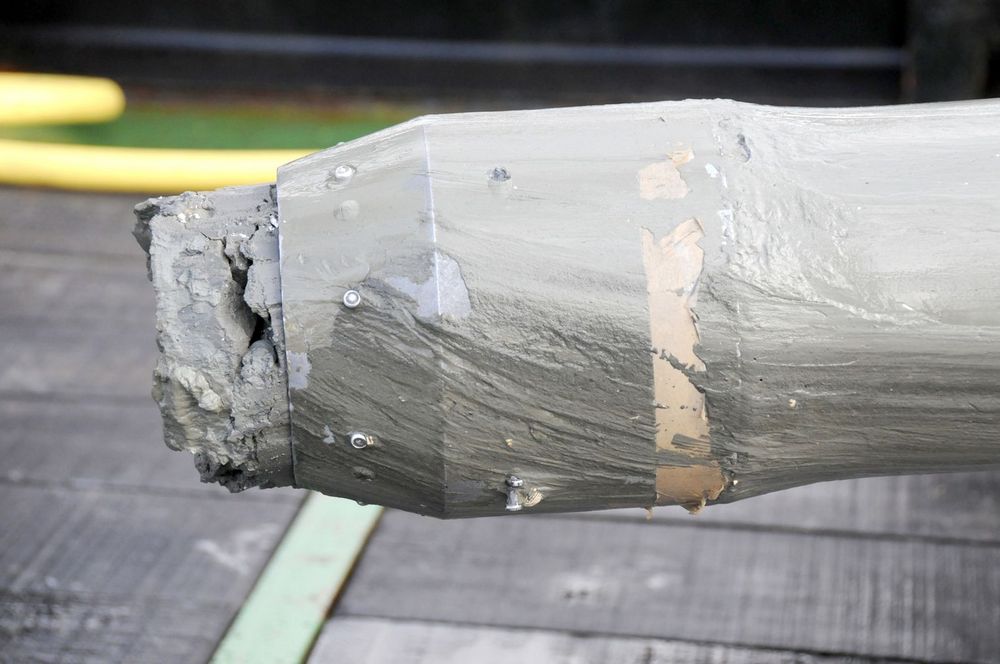 When testing the samples, they found living organisms, breathing in the little remaining oxygen very slowly. The deeper the samples were collected, the less, the less food and oxygen there was. 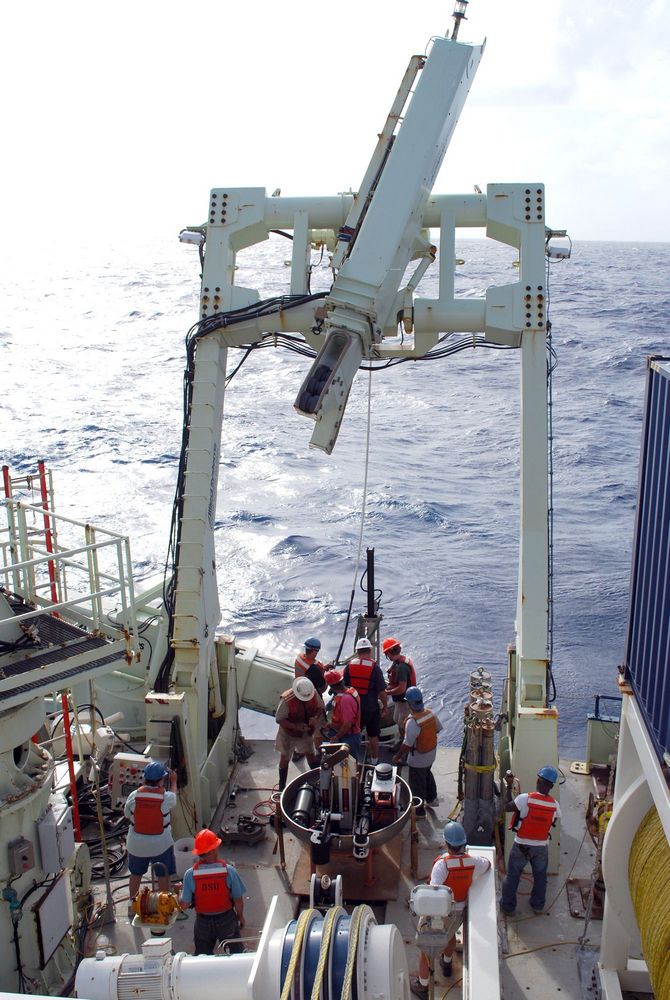 Samples of the ocean floor were collected at 30 different points in the Pacific.Source: Hans Røy / Disclosure

According to Røy and his colleagues, microbial communities in the subsoil of the Pacific live at the absolute limit of survival, keeping their energy levels to the minimum necessary just to keep their DNA intact and the set of proteins functioning. The team of researchers calculated that the microbes found divide only once every millennium.