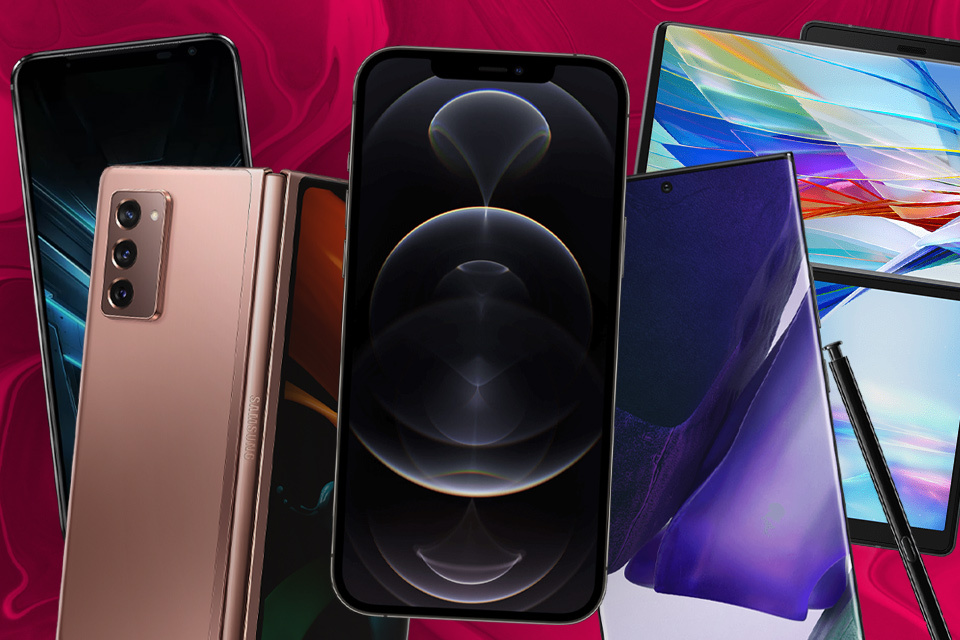 In 2020, we asked for help from subscribers to the YouTube channel TecMundo to create a list of the best phones launched over the past year. During Christmas week, we opened polls on our Community tab so they could vote for devices in different categories, but since YouTube limits polls to just five options, the last of each category was left open for participants to increase their possibilities and justify the choice.

Now, we list here to list the 2020 winners according to our entries – and I take this opportunity to leave my own choice for each category as well.

Starting with the most innovative smartphone category of the year, which was well attended, because 2020 was a year that saw a lot of cool and different things being introduced to the market. In the poll, the big winner was Samsung’s Galaxy Z Fold 2, which went beyond that almost prototype experience of the first generation and brought robust technologies to this new phone format that turns into a tablet.

Second was the Z Flip, which was Samsung’s first smallest folding shell, and the third was the LG Wing, which comes with a main screen that rotates horizontally and shows a secondary screen underneath, with a T shape.

Here, my personal vote is for LG Wing. Not that I think the Z Fold 2 and Z Flip are bad, quite the contrary. Both are the best devices available today in their folding categories – and even the Z Fold 2 was my winner in another category. However, when we talk about innovation, for me we are talking about who brought the freshest and most different ideas, risking something that had not been tried that way until then. And in my opinion this was the LG Wing, which may not have been right in everything it did, but certainly knew how to take a chance.

In the smartphone category that improved the most in 2020, the idea is to choose the device that brought the most significant improvements compared to the previous generation. So at this point for me to bring just a little more firepower, slightly higher cameras and a bigger battery are not decisive factors.

In our poll, the winner here was the Galaxy S20 Ultra. It is the biggest and most powerful of the line, it brought the screen with 120 Hz update, the 108 MP sensor capable of shooting in 8K, the Spatial Zoom up to 100 times, a bigger battery and several other improvements. Secondly, you voted for the Z Fold 2 and third for the iPhone 12 Pro Max.

For me, the device that had the biggest leap in real quality between one generation and the next was the Galaxy Z Fold 2. All that really cool and kind of magical experience from the first Fold, this one brought bigger and better. The external screen is no longer that small thing to be a really usable smartphone.

The finish took a huge leap in quality, losing the prototype face and gaining a look of a really quality product – and that includes removing the horrible notches and edges that it had on the internal screen. Speaking of which, not only is it cleaner, it was made with better material and a high refresh rate. The hinge is more versatile and firmer. Flex Mode has cool features. Anyway, it was even a spoiler of his review, but this one is my most improved winner.

There are already rumors abounding about the devices that will be launched in 2021, and in our poll this was enough to guarantee another victory for Samsung. The Galaxy S21 Ultra – if you will call it that – was the winner there, and in the comments the justifications were divided between a crowd that wants to see how the Korean will justify taking the charger out of the box too and who wants to know if it will even come with support for the S Pen and kill the Note family once and for all.

They are really good reasons, and they are the reasons that make me agree with the vote in this category – in addition to the more modern design that we saw in the leaks and that I am finding very interesting. Second in the vote was the iPhone 13 Pro Max and in third the Zenfone 8 – I am also curious to see if it will keep the flip camera and arrive in Brazil with a little more agility.

We have already dealt with the devices that most innovated, the ones that improved the most and the most expected, but not everything is flowers and some really end up disappointing. In our poll, the “winner” here was the iPhone 12, and the justifications focused mainly on removing the charger, the exorbitant price and the only incremental improvements of this generation from Apple.

I would even agree with this choice if it weren’t for the fact that Nokia 2.3 was the device chosen to mark the brand’s return to Brazil after so long. He came in second in the vote, but my vote is his. A company like Nokia, which had such good handsets in the past, to have returned with such a weak phone was the disappointment of the year for me, without a doubt. Third in the poll was the Galaxy Note 20, which I also agree that should have a Lite or something in the name and cost a lot less than it costs.

Going to the finals, now we come to the category of best cost-benefit. That is, it is not the most advanced and cool smartphone, but the one that brings the best set of features at a reasonable price – and yes, I know that the definition of “reasonable price” went a little crazy in 2020. Anyway, the winner here was the Galaxy M51, which would also be my choice. Think about the Galaxy A71, which is already a very cost-effective phone, but replace the battery with a 7,000 mAh battery, which is great.

Second in the poll was the option “Others”, but here is a small catch: a lot of people simply voted on their own smartphone, which greatly divided the result. Among the comments, what received the most votes in the comments was the Poco X3, but not enough to guarantee its presence in the top three if it were one of the options available in the poll. Maybe he won only from the LG K61, which was the last in the poll, so the second position goes to the Moto G9 Power and the third to the iPhone SE 2020.

Now yes, reaching the final and most important category, which is the best smartphone of the year 2020 according to our dear subscribers. And if it hadn’t been clear by now that they love Samsung, the victory of the Galaxy Note 20 Ultra with more than 50% of the votes – which gives more than 10,000 votes – makes that obvious. It is a choice that makes sense, after all this really is an excellent device that corrects and most of the flaws of the S20 Ultra, not to mention the features of the S Pen and all the package it brings. It’s a worthy smartphone, for sure.

The second place in the vote was the iPhone 12 Pro Max, which, if you leave the controversy of the charger aside and focus on the device, really is excellent, and probably one of the best for those who want a smartphone to make videos. And third place would have been a tie, but as the “Others” category has votes divided among several devices, the place on the podium went to Motorola Edge +, which was an excellent return by the company to the top of the line market – and that narrowly it was not my choice for this category.

I really liked Motorola’s top of the line, from the powerful hardware, the cameras and the battery to the handsome look with the folded screen on the sides and the cool software features they put in that fold. But in the end, my personal choice of the best smartphone of the year ended up being the RoG Phone 3, which basically brings the same benefits without the weaknesses.

He has the cool hardware. The 144 Hz screen is a bit of an exaggeration for me because no game I like will take advantage of it, but it is there and it doesn’t matter. His battery is monstrous. It has the double front speakers, the entrance on the side is very practical to charge the phone without having to stop playing, and in the absence of a folded screen for digital buttons in games, it has the dedicated physical sensors there. If you still consider the possibility of his accessories – which are very expensive, of course -, this is a very cool device and, for me, it is the best of the year 2020.