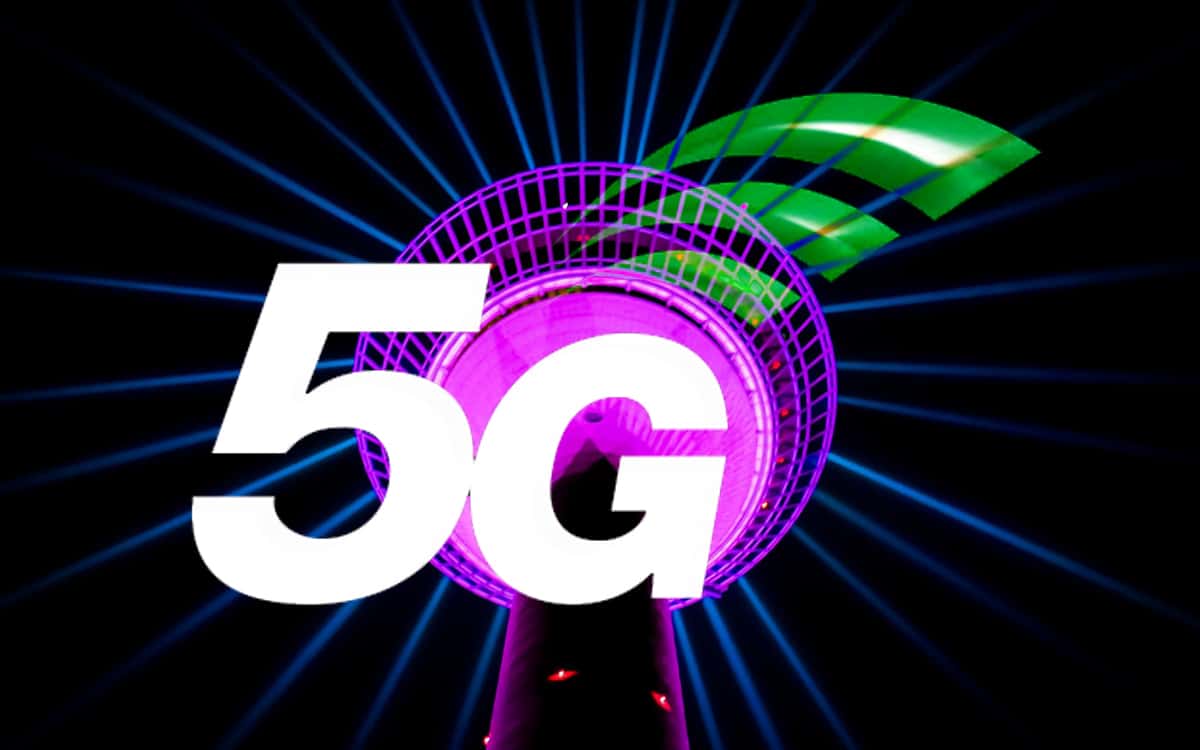 A report from the High Council on the Climate on the carbon impact of 5G in France published on December 19, 2020 warns of the additional greenhouse gas emissions linked to the deployment of the technology. A study by the authority estimates that the surplus will be between 2.7 and 6.7 million tonnes of CO2 equivalent. However, most of this increase will take place abroad.

The High Council for the Climate (HCC) is an institution created in 2018 before the COP24 on the climate. It is made up of around ten members, including Corinne Le Queré, climatologist and professor who chairs it, but also officials from the CEA, the National School of Bridges and Roads, INRA, and even the School. Paris Superior Normal. Its missions include writing reports around the carbon footprint of various political choices.

This is how Saturday December 19, 2020, the High Council published the eagerly awaited results of a study on the deployment of 5G – a first in France, before a deployment of this magnitude. We learn in particular that digital-related emissions in France will reach 15 million tonnes of CO2 equivalent by 2030, outside the 5G network. CO2 emissions linked to digital uses represent approximately 2% of the country’s carbon emissions.

Gold, the addition of 5G will cause excess emissions of between 2.7 and 6.7 million tonnes of CO2 equivalent in 2030. The HCC considers this to be a “Significant increase in comparison with the digital carbon footprint”, while recognizing at the same time that there is a large margin of uncertainty linked to the way in which the operators will deploy their network.

According to the HCC, the problem is not so much the energy efficiency of 5G equipment. In a remark that is at least paradoxical, the report indeed points out that “Improving energy efficiency generally leads to energy consumption” – which makes us, it must be said, ask ourselves what the HCC would have thought of equipment which would have been, on the contrary, less efficient from an energy point of view than the aging equipment of 4G, 3G and 2G networks current.

Furthermore the report clearly explains that the increase in emissions linked to 5G equipment will not take place in mainland France. 54% of these emissions will be generated by the manufacture of new smartphones – which does not take place in France and has already largely started with many models of 5G smartphones already available for purchase. Core network equipment and data centers will represent 24% of these emissions. Finally, the use of 5G networks as such will only be responsible for less than a quarter of these CO2 emissions from the technology.

The HCC issues some recommendations

But if the HCC is alarmed, in truth, it is because “Unlike territorial emissions, imported emissions do not currently have any reduction strategy or mechanism”. A diplomatic solution nevertheless seems possible, especially with China, which produces most of this equipment – the country is indeed increasingly sensitive to environmental arguments. The HCC, which has barely more than two years of existence, seems in fact above all, in the conclusions of its report, to recall that it exists.

The HCC “Regrets that the environmental objectives, including climate objectives, remain absent from the criteria of the specifications” of Arcep when allocating frequencies. And to emphasize that the study, prompted by a referral to the President of the Senate Gérard Larcher in March should have been carried out automatically before the allocation of frequencies : “Only the logic of economic valuation of frequencies for the State, the potential competitiveness of French companies, equality and cohesion of territories and health have been considered”, deplores the HCC.

Read also: 5G – the government rejects the request for a moratorium on the Citizen’s Convention

According to the HCC, conditions should therefore be tightened around the allocation of the next 5G frequency bands, by imposing control of the carbon footprint on operators. The authority also asks the public authorities toadapt the electricity supply to anticipate a significant increase in consumption linked to this equipment. The HCC also recommends make users aware of a series of ” good practices “ and think about a “Prioritization of uses” to limit CO2 emissions linked to the explosion of digital uses.

Source: High Council for the Climate