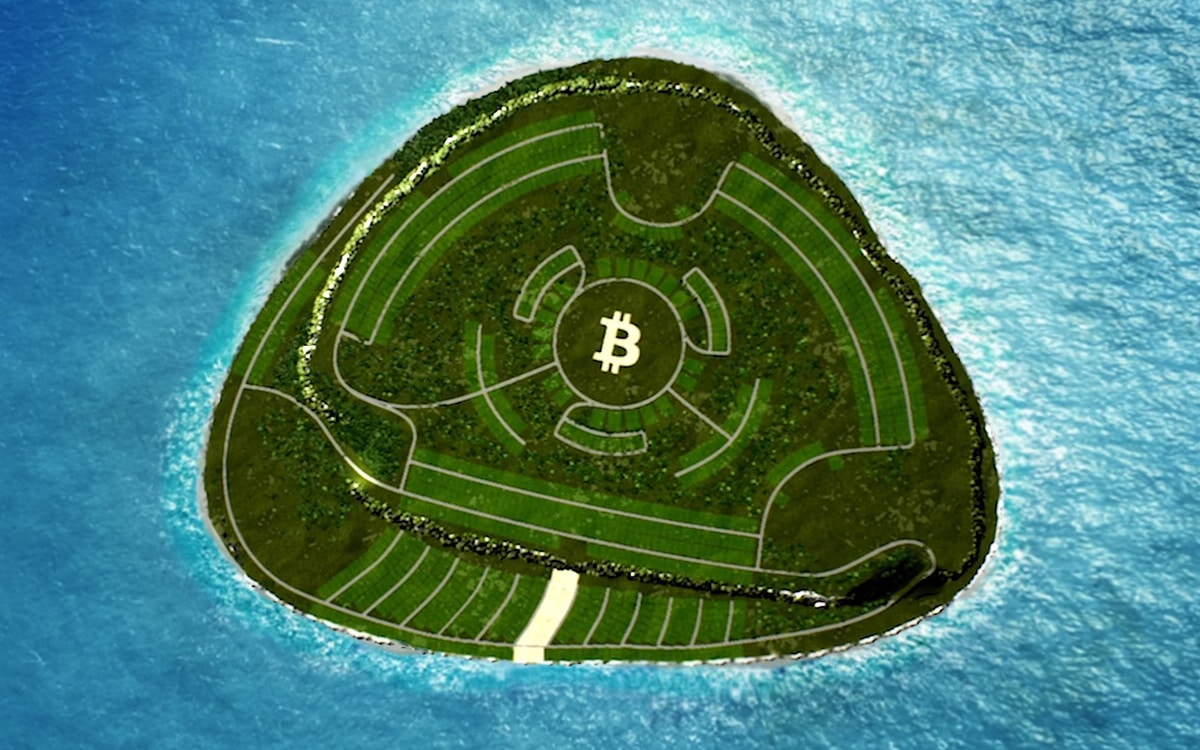 Satoshi Island is the flagship project that everyone is talking about in the crypto community. This island, located in the South Pacific, aims to become the capital of cryptocurrencies. The project, led by five cryptocurrency experts, is already being emulated. Nearly 50,000 people have applied to come and live there.

At first glance, one might think that this paradise island comes straight out of a spy movie or a disaster series like Lost. However, it has a very particular ambition: become the capital of cryptocurrencies. Behind this crazy project, there are four cryptocurrency experts, namely Denys Troyak (head of logistics), architect James Law, Taras Filatov in charge of technical teams and Benjamin Nero in communication.

This is how they sum up Satoshi Island, named in honor of the creator of Bitcoin: “A true crypto-economy where everything will be paid for in crypto and all property on the island is represented by an NFT”. They have been trying to achieve this utopia for years, and according to their last statement, they would be able to make it happen. As they explain on Twitter, they first found and purchased the ideal island in the South Pacific.

A long and tedious process, since their little corner of paradise had to tick several boxes: be far enough away to guarantee a minimum of privacy, not be threatened by global warming and be ownership of a government open to the idea of ​​developing a city dedicated to cryptocurrencies. However, the team in charge of the project unearthed the rare pearl with the island of Vanuatulocated not far from New Caledonia: “the government showed a willingness to innovate and was open to discussions right away,” they assure.

I have to say that many pacific island nations have shown interest in digital currencies, such as Tonga, which is actively discussing the adoption of Bitcoin as legal tender. A decision already taken by El Salvador, which has also created a city 100% dedicated to Bitcoin. For the Government of Vanuatu, it’s the perfect opportunity to create jobs in a territory that is sorely lacking. “The Minister of Finance was already interested in the idea of ​​a digital economy and the use of Blockchain technology when we spoke to him about it, so he was very excited that our company and many bright minds could settle in Vanuatu”.

As said above, the members of the project want to shape a real crypto paradise, which will host year-round Blockchain-related events and crypto project headquarters. “Life on the island will be an experience like no other, and allow members of the crypto community to meet, live and work with like-minded people.” they promise on the official Satoshi Island website.

Thus, all businesses will accept payments in cryptocurrencies, and these will be the only authorized payments. No fiat currency in Vanuatu. In addition, the island will focus on sustainable development, with a energy produced mainly by solar panels installed on the roofs of modular houses designed by James Law. To hope to become the “cryptographic capital of the world”, permanent residents will be needed.

The course was set at 21,000 inhabitants, in reference to the maximum Bitcoins on the Blockchain that will one day be mined. To qualify, residency is granted through an NFT. The team has already received 50,000 requests“acting as a whitelist to enter our land NFT sale, while allowing the holder to live on the island with many benefits”. Each dwelling will also be materialized in the form of an NFT, which can be “transformed into physical documentation on the official land registry of Vanuatu”.

However, this residency in the form of NFT does not confer citizenship of the country. Ironically, $130,000 will have to be put on the table to acquire Vanuatu citizenship. The price to pay we suppose for a life under the sun under the sign of cryptocurrencies. If the project therefore seems to be on the right track (the founders estimate that the first residents will be able to land in 2023), we must still recognize its limits.

At the time of writing these lines, the site has just started and no building/infrastructure has risen from the ground. No roads, no pipes, no running water or internet. The island is still wild, and located tens and tens of kilometers from the capital and the largest airport in the country. At any rate, the first “private” tours of the island will begin in the 4th quarter of 2022. However, there is no guarantee for the moment that this utopia will one day become a reality.