Hollywood has long presented films with the concept of a franchise in the form of a trilogy that was a huge success on the market. Just say it Indiana Jones, Back to the Future and The Godfather which became a box office in the 70s and 80s. Whereas in the modern era we are presented The Dark Night and The Lord of the Rings.

Broader stories and large profits are certainly one of the reasons why a film franchise was built. Afterwards, many films tried to follow their success. Unfortunately, not everything works. Among these are the following five film franchises that failed to produce the trilogy.

Before the presence of MCU, Fantastic Four became the second Marvel superhero after X-Men who was appointed to the big screen by Fox. Despite getting criticism from fans, this film is quite promising. So that the sequel was made with the title Fantastic Four: The Rise of Silver Surfer.

A third film and spinoff about Silver Surfer is planned to be made as well. But this project failed to materialize after the second sequel was considered a failure. In 2015 Fox made it reboot this film, but it is even worse.

The film, starring young actors such as Milles Teller, Kate Mara and Michael B Jordan, was even rated as the worst Marvel superhero film of all time. Sin City which was released in 2005 became a film that was highly praised for its unique aesthetics and story that adapted the style of film noir. The film, starring Bruce Wills and Jessica Alba, is based on a graphic novel by Frank MIller and is labeled 8.0 by IMDB.

Judged successful, in 2014 the sequel titled Sin City: A Dame to Kill For was released. Unfortunately both films failed at the Box Office and only had a 6.5 rating. The trilogy that had been planned by the director, Robert Rodriguez and Frank Miller was finally canceled.

3. Clash of the Titans 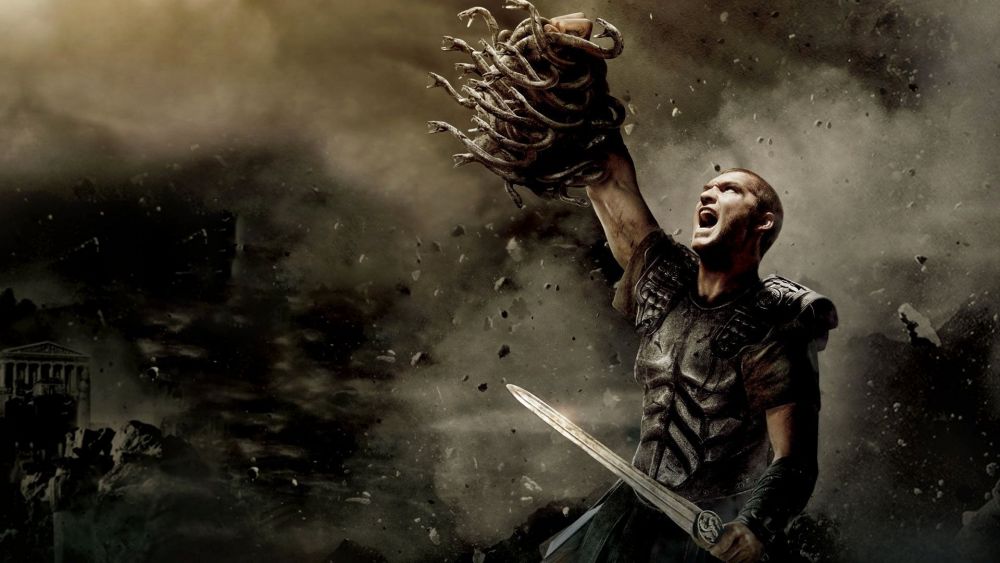 In 2010 Clash of the Titans released and tells of the battle against monsters from Greek mythology. Sophisticated visual effects and CGI made this film a quite popular spectacle at the time. Proven with a profit of 493 million dollars at the Box Office with a film budget of 125 million dollars.

Two years later the second sequel was released titled Wrath of the Titans. But the film failed to impress critics and had a pretty bad 3D effect. The benefits at the Box Office were not as expected.

The third planned film, Revenge of the Titans ultimately failed to produce. Although not as big as other superheroes from Marvel and DC, Hellboy still has his own big fans. Directed by Guillermo del Toro, the first film was released in 2004 and presented a story that did not disappoint and became an anti-mainstream superhero option.

His second film, Hellboy II: The Golden Army even able to exceed the success of the first film by rating and income. With a budget of only 85 million dollars, this sequel successfully achieved a box office profit of 168.3 million dollars.

Fans are also looking forward to their third film since 2008. Unfortunately this never happened, Hellboy actually rebooted in 2019 and failed miserably at the box office. Even losers with only income of 44.7 million dollars, even though it takes a budget of 50 million dollars. Of the three Spider-Man films ever released, versions The Amazing Spider-Man starring Andrew Garfield was the most disappointing. The plot of the story, which does not present something new, gets criticism from fans. As a result, this film only released two sequels.

Whereas previously it was planned to have a trilogy and would present a spin-off on Sinister Six. But fortunately rebooting through the MCU with actor Tom Holland made fans re-excited by this spider man.

After Spiderman: Homecoming and Far From Home, fans are also now waiting for the third sequel that heralded will have a very epic story.

That’s the five film franchises that must fail to realize the film trilogy. It is indeed not easy to maintain hype a film to give birth to three sequels. But will the project be reappointed in the future?