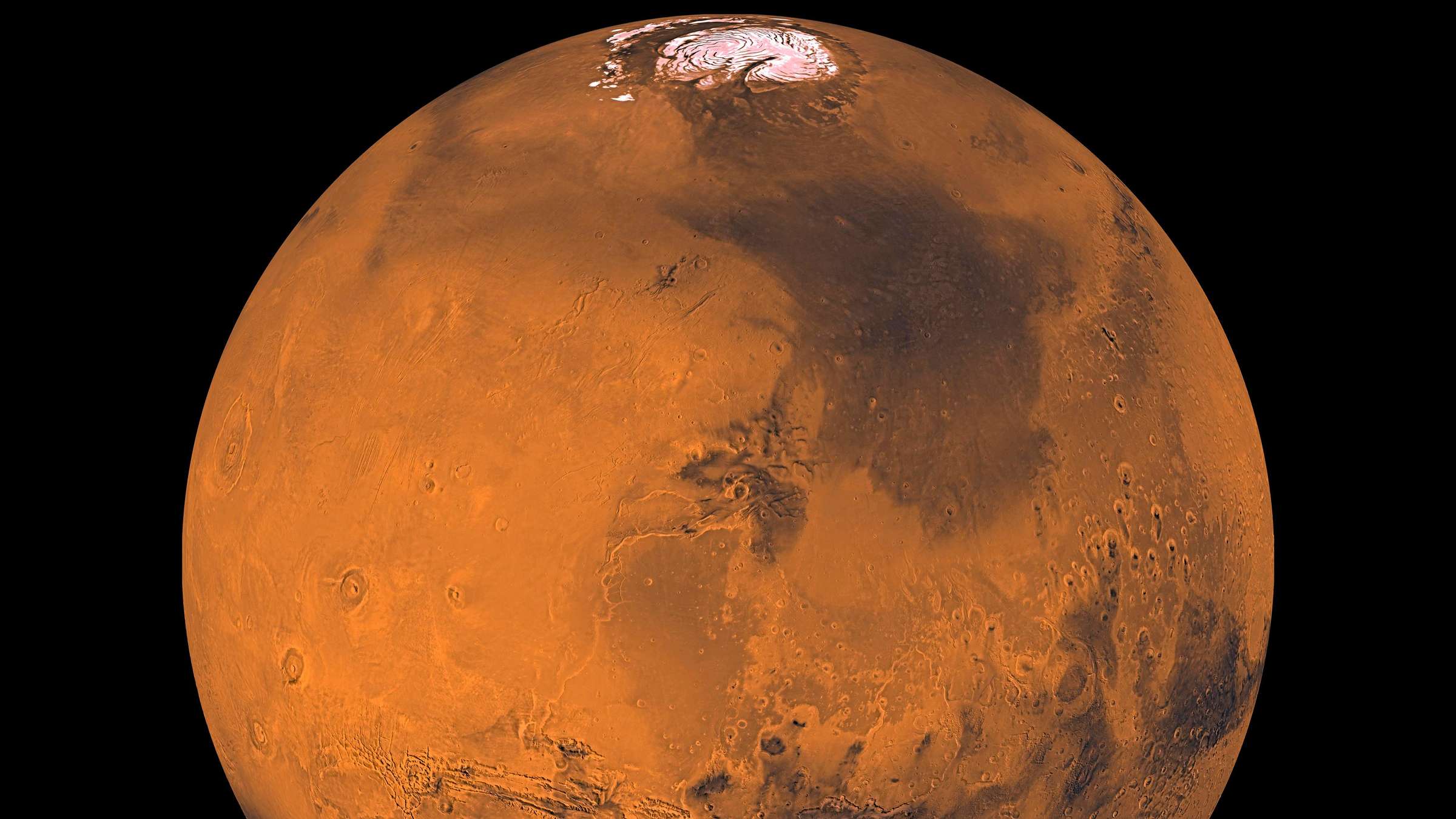 #1: Sunset on the red planet

Have you ever seen the sun set ON MARS?

At sunset on Mars, the Sun appears ~2/3 the size we see from here on Earth.
The bluish tones are related to characteristics of dust in the planet’s atmosphere. #AstroMiniBR pic.twitter.com/s0kBCGbFBU

Have you ever wondered what the sunset would be like on other planets? Here on Earth, all those colors depend on the width of the atmosphere and the components present in it. The same happens on other planets! In the case of Mars, the atmosphere is more rarefied and has a very different composition from ours, so the sunset there has a bluish tone! Also, being farther away, the Sun seems a little smaller than here.

#2: The biggest moon in the Solar System!

This week, NASA’s Juno spacecraft made its first flyover on Ganymede! ??
That moon:
– It is the largest moon of Jupiter… and the Solar System!
– It’s also bigger than the planet Mercury.
– It may have oceans below its surface.
See the first images of Juno. ????#AstroMiniBR pic.twitter.com/HcrrWUyA4V

Ganymede, one of Jupiter’s moons, is the largest moon in the Solar System, even larger than some planets such as Mercury. Thanks to NASA’s Juno spacecraft, we had for the first time high-resolution images of this object that is 628,300,000 kilometers away from us! Today, we are aware that moons represent enormous diversity in the Solar System, and probably in other planetary systems. So what would characterize a moon? For an object to be classified as a “moon” the requirement is that it orbits a planet. Jupiter has at least 79 moons, 4 of which are major because they are larger.

#3: What are shooting stars?

Shooting stars are not stars 🙂

In fact, they are small pieces of space rock that enter through our atmosphere. High speed generates strong friction with the air, making them glow. Hence we see the phenomenon.

Although the name is confusing, shooting stars are not stars! The phenomenon we see is actually atmospheric rather than astronomical. In other words, it’s happening in Earth’s atmosphere and not out there in space. Any object that enters the atmosphere can appear as a “shooting star”, not just celestial objects. Do these objects pose danger? In truth no. The Earth is hit by celestial bodies daily, but most of them are small and completely disintegrate before they even reach the Earth’s surface. Of course we know of some more famous cases, but the frequency that dangerous meteors hit the Earth is extremely low, 1 every many million years. Don’t be fooled by the headlines out there.

After following the object for some time, astronomers noticed that it did not behave as expected. And then, poof!

Apparently, the object was not a planet but a collision between objects#AstroMiniBR pic.twitter.com/TAFo9FQgnC

What is the chance that an entire planet will simply disappear? Aside from the famous science fiction cases, planets don’t just disappear. That’s because you would need a very catastrophic event to disintegrate an entire planet. So what happened to the first visually identified planet outside the Solar System that simply disappeared? The simplest explanation is that the object was probably not a planet but a collision between objects in that system. This would produce a strong emission, looking like a possible planet for us! Over the years, however, this emission was decreasing, and the “planet” disappeared.

If you’ve never thought about it, here it goes: we never took a picture of the Milky Way from the outside. Absorb this information for a moment. In fact, human probes have barely left the Solar System (and Voyager? I think it left in 2013), let alone the Milky Way. So how do we know the shape of the Milky Way? Well, we put together what we can observe from inside our Galaxy (shaded area of ​​the image) with models and other galaxies that we can observe. Knowing the shape of other galaxies is much easier since we can see them from the outside. And, like everything in the Universe, the Milky Way is not special, there are many other galaxies like ours! So, putting these three facts together, we can understand what the shape of the Milky Way is. But because of our internal position, observations are difficult and this area is still very much advancing today. So we keep discovering a lot about our island of stars.

#AstroMiniBR is a collaborative scientific dissemination project and brings you, daily, astronomical curiosities in a simplified and attractive way! Created in 2018, today more than 50 employees have participated in the project, including enthusiasts, professional and amateur astronomers. In the column of TechWorld you can find 5 astronomical trivia of the week.