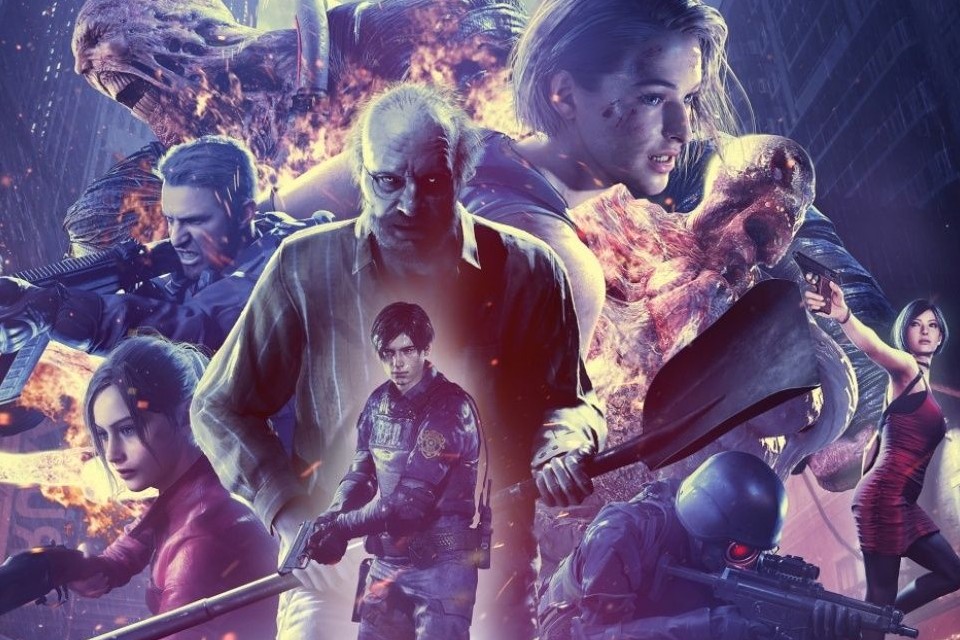 resident Evil is one of the most beloved franchises by Brazilian players, and today (03/22/2021) exactly 25 years have been celebrated since the launch of the first title in the series! In order not to let the date go by, we prepared this special complete with the origins of the series and its most interesting curiosities. Check it out below!

The origins of resident Evil

It is safe to say that resident Evil wouldn’t exist without Sweet Home, a horror and survival game released only for the Famicom (the Japanese Nintendinho) in 1989. In it, five filmmakers explore an old mansion full of supernatural enemies with very limited resources, with little ammunition and weapons at their disposal. Sounds pretty familiar, doesn’t it?

Producer Tokuro Fujiwara wanted to remake this game released by Capcom itself, and the development was in charge of legend Shinji Mikami. Initially he imagined it as a Super Nintendo game, then as a 3D first person title for PlayStation and finally as a third person adventure with pre-rendered scenarios. 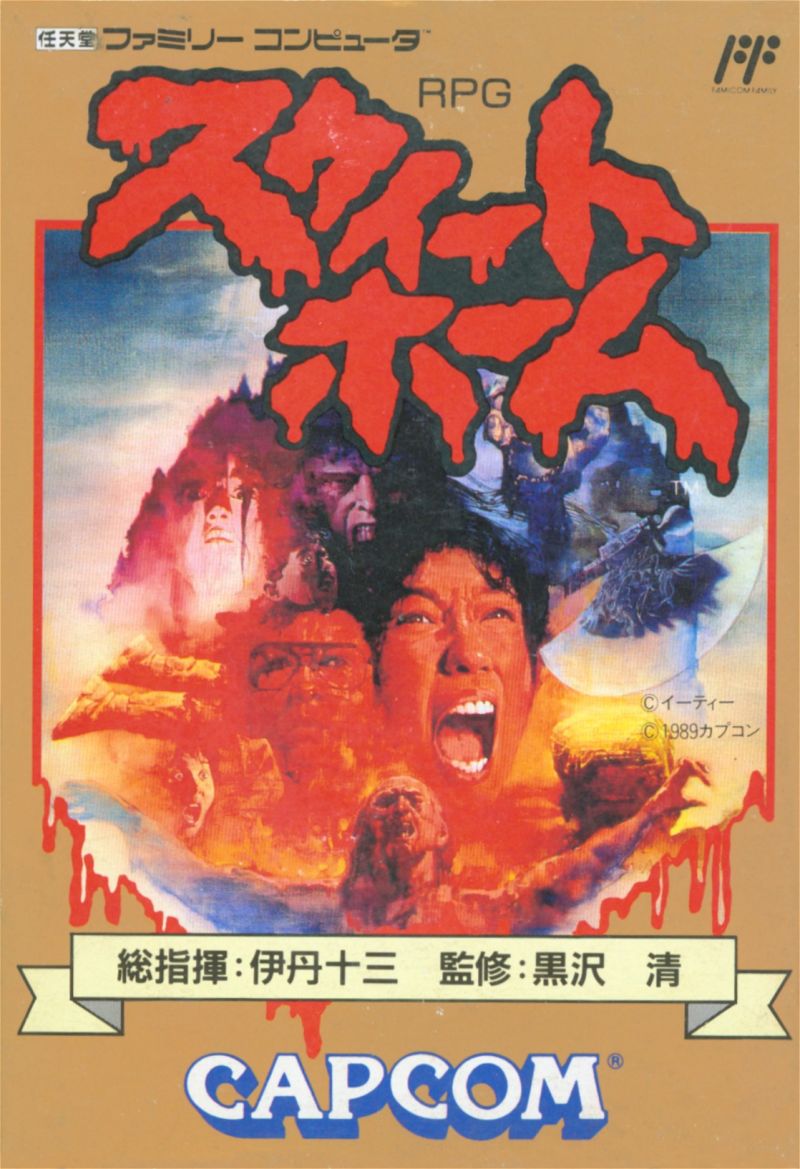 Sweet Home brought to the Famicom the basis of the ideas that would break out in Resident EvilSource: How Long to Beat?

Its fixed camera and focus on collecting items and solving puzzles ended up helping to popularize a formula that was already present in computers in horror series like Alone in the Dark, launched by Infogrames in 1992. This franchise is considered by many to be the mainstay of the other horror and survival games that dominated the decade, inspiring since resident Evil until silent Hill.

The popularization of Survival Horror

If Alone in the Dark showed the path of the stones, resident Evil was the one who polished the formula and showed the world how profitable the format could be and a massive success. With versions for PlayStation (the most popular console of the time), SEGA Saturn and PC, the game became a fever and dominated the imaginary gamer.

The original version sold almost 3 million copies, making it the biggest hit on the PlayStation so far, and still inspired a reissue in the edition. Director’s Cut with DualShock support, with over 2.3 million units sold.

By generating more than $ 200 million in profit for Capcom, the franchise’s commercial potential was evident. Thus, with its fixed camera, intense gameplay and wide public acceptance, the survival horror genre was taking shape and was ready to dictate the new directions of the industry.

It is a consensus among players and media that the “golden age” of survival horror happened between 1996, with the launch of the first resident Evil, and 2004, when the franchise itself “killed” it. After all, in 2005 the greatest exponent of the genre changed its gameplay proposal with the launch of resident Evil 4, as we’ll explain later.

In the meantime, Capcom’s success ended up inspiring dozens of great games more than willing to be inspired by the horror formula, limited features and fixed camera setting the tone of the suspense. Several of them even came up with new interesting mechanics!

We have already separated the main games inspired by resident Evil in a separate text, but we must mention it here Eternal Darkness: Sanity’s Requiem, which manipulated players and gameplay with its insanity mechanics, and silent Hill, Konami franchise that owns some of the best plots ever seen and that abused psychological terror!

Capcom also drank from its own source when it brought the cult franchise to life Dino Crisis, which brought more cinematic action and electrifying chases, courtesy of the creator of resident Evilin person, Shinji Mikami! Interestingly, the same director would be responsible for dictating the new directions of the genre by putting even more action on his next big success …

In the beginning of 2005, Capcom brought to the Nintendo Gamecube resident Evil 4. What was supposed to be an exclusive title ended up becoming one of the most ported games in history, with versions for the most diverse platforms and generations, always marking presence among the best-selling games.

To the surprise of new and old fans, the fixed camera now gave way to a new perspective Over the Shoulder, with the third-person action always seen just above the shoulders of protagonist Leon S. Kennedy. This made the action much more immersive and the shots even more accurate, a formula so sure that it ended up becoming the new standard for action video games.

At the time, the game was universally acclaimed by both players and expert critics, but the future direction of the franchise ended up dividing fans a bit, as part of them lamented the progressive focus on action seen resident Evil 5 and 6, which ended up slightly tarnishing the reputation of resident Evil 4 per table, depending on who you talk to.

Even so, the next reimagination of the franchise ended up having a much more positive reception: in the Resident Evil 7: Biohazard From 2017, director Koshi Nakanishi took his foot off the accelerator and brought the franchise back to the slower pace of suspense and exploration, with a large house full of puzzles, secrets and scares to open up, this time in first person. It worked so well that soon, in May 2021, we will see another game in that line with the arrival of Resident Evil Village!

Outside of the main titles in the series, resident Evil he has starred in many curious stories and even adventures in other media. For example, between 2002 and 2016 the franchise inspired no less than six live action films! A lot of the fans of the games don’t like them very much, but they were very successful at the box office and have actress Milla Jovovich in the main role.

In addition to live action, the franchise also generated animated features more faithful to the game, such as Degeneration (2008), Damnation (2012) and Vendetta (2017). Still in 2021 Netflix will launch a new animation called Infinite Darkness and your events will be completely canonical, so we are optimistic to see what will happen!

If fans don’t like the features so much, at least the classic games are an eternal source of joy, and even today they inspire a passionate scene of modders willing to reimagine classic concepts of the series, with the right to open worlds and new camera perspectives. Check out our special with the best mods in the franchise to find out more!

Still on the theme of ports and modifications, it wasn’t just the fans who worked hard. Did you know that in 1998 Capcom did what seemed impossible and managed to release a version of Resident Evil 2 for Nintendo 64 cartridges? The work was done by Angel Studios, which released a practically perfect edition of the game seen on CDs. Subsequently, the talented team at Angel Studios would come to work on the franchise. Red Dead Redemption, already like Rockstar San Diego!

But not all “impossible ports” have been as successful. Here in Brazil we had the “honor” of receiving our own version of resident Evil 4 for the Zeebo national console, TecToy’s national video game. Despite having some ideas well ahead of its time, such as independence from physical media, the hardware was very technically limited, so it was limited to running titles with a profile similar to those of the mobile games of the time:

Finally, resident Evil it also inspired a very unusual story in the real world! To publicize the launch of resident Evil 5 in England, the local marketing team decided to carry out a promotional action that asked fans to search for members and pieces of fake bodies near the Westminster Bridge.

The problem is that some parts were stolen by onlookers, and they were accompanied by unprepared chicken livers, which can be harmful food. This turned out to be a local police case and the negative publicity ended up tarnishing the game’s launch. 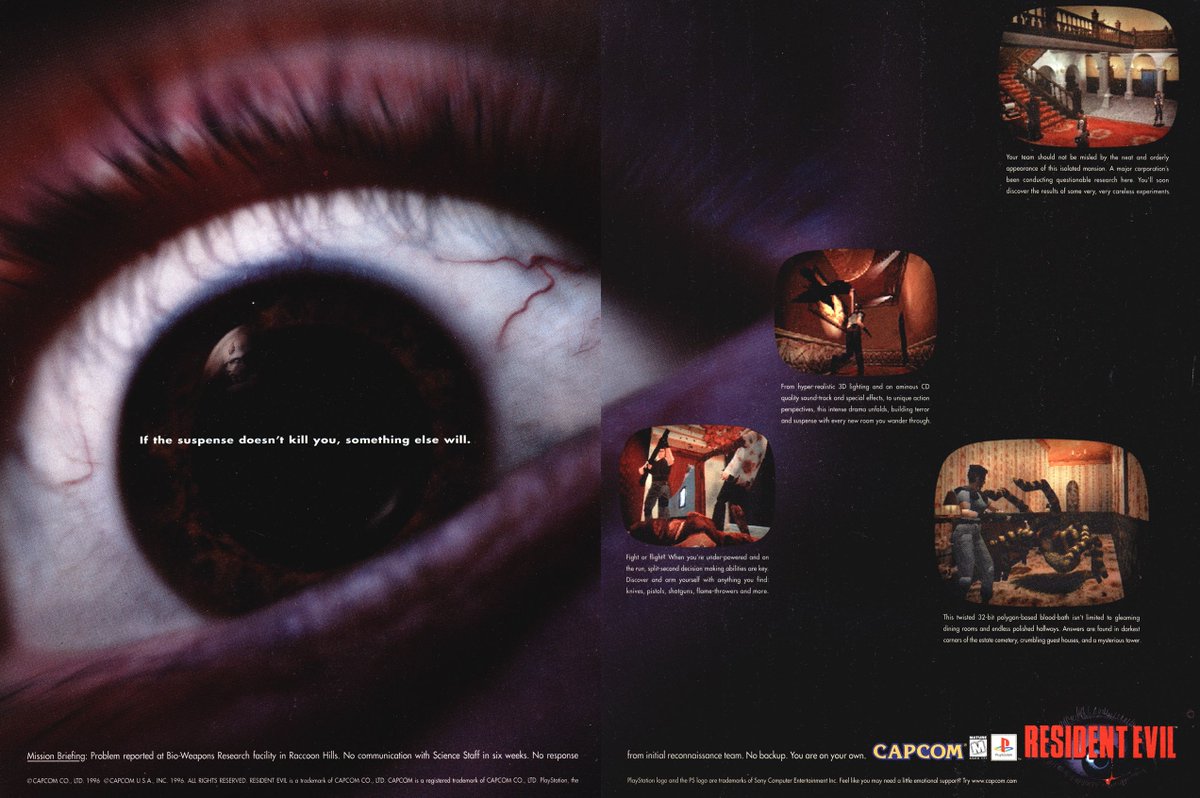 Gore and terror have always been an essential part of the promotion of the series, as in this old ad in video game magazinesSource: Twitter Let’s Talk RE

What are your best memories with the franchise? What is your favorite game in the series? What would you like to see in the next 25 years of Capcom’s great success? Comment below!