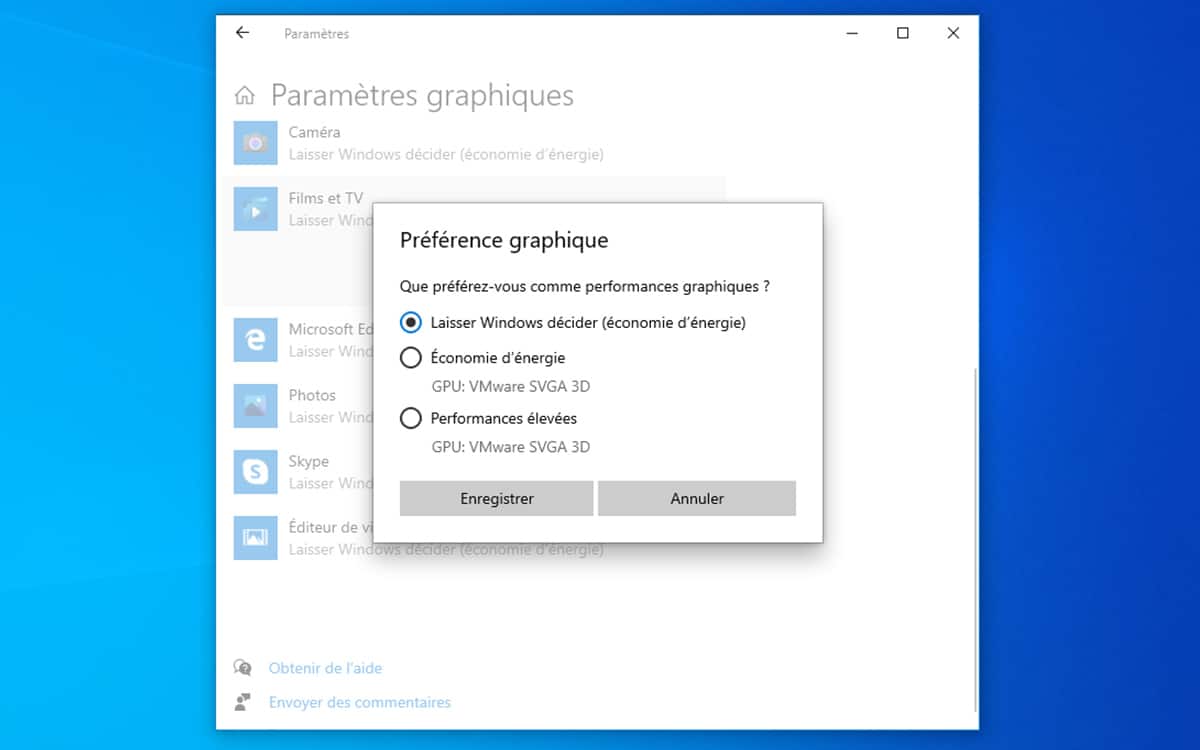 Good news: in its latest update, build 20190, Windows 10 offers better management of PC graphics cards. If you have two GPUs, you can now specify what use each application should make of a particular GPU. An option that gamers should particularly appreciate, but not that …

Microsoft has just deployed the Windows 10 build 20190 for Windows Insider users and, as usual, this update offers some relevant new features. In particular, there is a small application that highlights all the latest innovations in Windows 10 (so as not to miss anything), but also and above all an option allowing control the resources of each graphics card, application by application.

If you have two GPUs in your setup and you’re a gamer, this is a feature that should interest you. In its latest build version, Windows 10 now lets you decide which GPU should be used by default for each application. Microsoft explains this feature on its blog: “If you want even more control, we’ve also added the ability to specify exactly the GPU you want an application to run on using the new option to specify GPU ”.

This new option is accessible from the display configuration of Windows 10. To access it, go to the options Settings > Display > Graphics settings Windows 10, or right-click on the desktop and select the function Display settings. It therefore allows you to determine the priority given by the system to a particular GPU in your configuration and above all to do so according to the applications.

For each application, you have different options: let Windows decide, or choose between energy saving or high performance. A feature that can obviously be useful with video games, but also with photo or video editing software, with cryptocurrency mining applications, etc.

Windows 10 informs you about the latest innovations installed

Another small novelty of build 20190: the highlighting of new features in Windows 10 via the Tips application. According to Microsoft, many users miss out on the new features of Windows 10 once the system is updated. This feature allows them to discover all the innovations made to the OS using a small visual and an explanatory text.

This feature can be activated from the options Settings > System > Notification and actions. Note that it is currently reserved for English-speaking Windows 10 users. We hope it will arrive soon in the language of Molière.

The update in question is, at this time, only available to Windows Insider users. Remember that to be part of it, all you have to do is go to the Windows 10 Settings (using the key combination [Windows] + [I], for example), then click the following functions: Update and security > Windows Insider Program > To start. Also remember to select the Dev Channel, in order to take advantage of the very latest build.

Finally, a final point that is worth mentioning regularly: the update in question may show signs of instability. We strongly advise you to install it on a PC you use occasionally. Alternatively, if you don’t have a second PC, you can also install the build on a second partition or a second hard drive of your daily computer, or install it in a virtual environment.

All these new features should logically be found in Windows 10 update 20H2, which will be released in fall 2020. 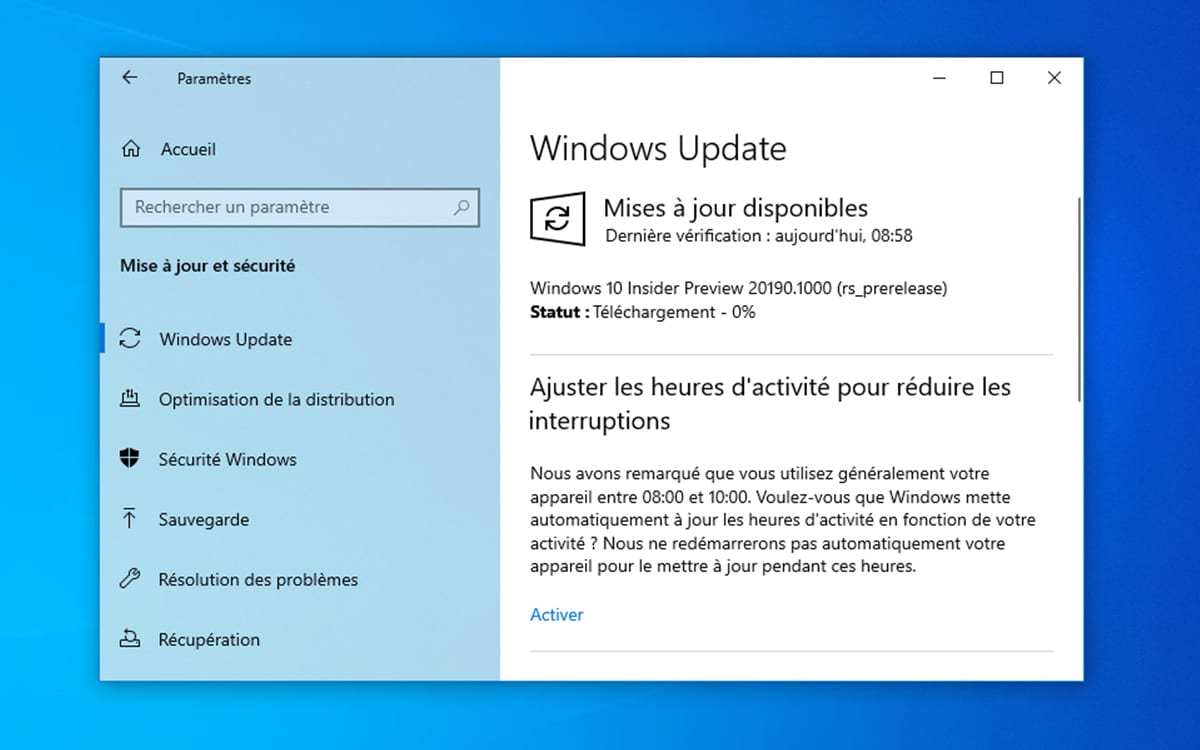