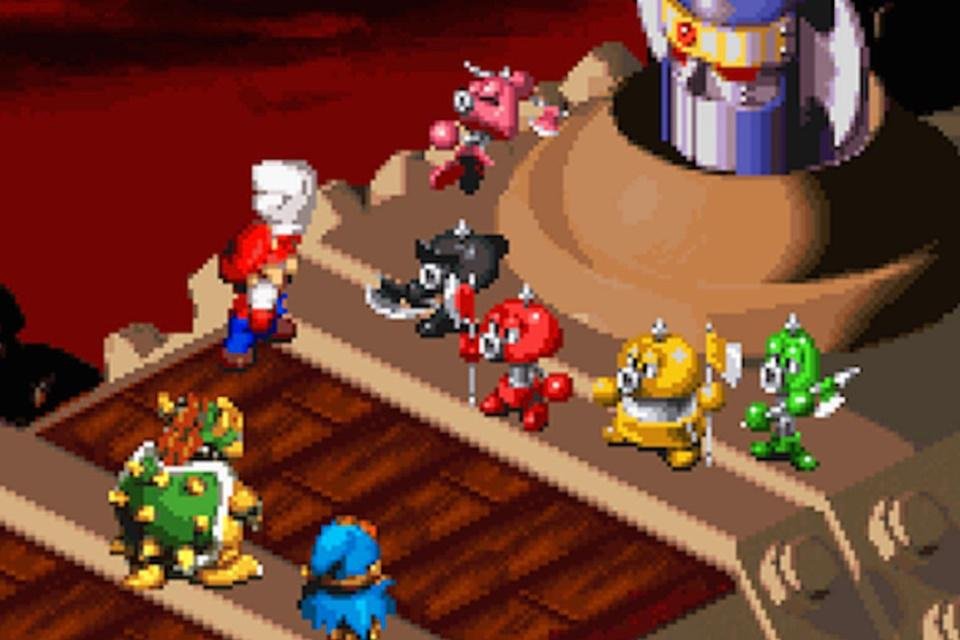 After going through some lists of the best Super Nintendo games (among them fighting, beat’em up and racing), it’s finally time for one of the genres that has gained a lot of popularity on Nintendo’s console: RPG.

Next, we bring you a list of the 15 best titles (in random order) in this segment for the console, plus some honorable mentions at the end. And, as always, you are invited to use the space for comments to share your opinions and remember other names that happen to be no longer below.

We arrived face to face with a heavyweight and considered by many to be the best Super Nintendo RPG. Created by professionals who generated the legendary Dream Team, Chrono Trigger it had everything a game of the genre needed and then some — after all, who wasn’t impressed with the possibility of more than a dozen endings, spell combinations and, of course, the extremely charismatic characters and high-quality plot?

Another favorite of many Super Nintendo players is Final Fantasy 3, and rightly so. He was responsible for taking a big leap in quality in the franchise and bringing some elements that were not in past entries in the series, such as the Espers system, the possibility of more than one character rotating in the protagonist position and, of course, Kefka, since by several players as the best villain in Final Fantasy.

The second game in the Capcom RPG series franchise is without a doubt the best on the Super Nintendo. In this entry, Ryu’s transformation system presents differences compared to the original (now the protagonist does not spend every battle transformed), in addition to bringing a graphic evolution and more complex story, including delicate themes such as corrupt religions, deaths and more.

Moving on to action RPGs, perhaps Secret of Mana be one of the main representatives of the genre. In addition to an extremely simple gameplay to learn and a world with varied scenarios to explore, this title is still one of the few of its kind on the Super Nintendo that allows joint play alongside up to two more friends controlling the fighters who normally stay with the artificial intelligence.

This is unfortunately the only one on the list that hasn’t officially arrived in the United States, but Enix’s work with Terranigma was so good that it would be hard to ignore its package: beautiful graphics, story that closes the trilogy born with Soul Blazer and diverse battles in varied environments certainly make it a title with a captive place in the hearts of many.

And when many imagined that Nintendo had nothing more to invent with Mario, behold, it partners with Square to generate this RPG. In addition to being extremely fun, it has some differentials in its character evolution system (such as the possibility of choosing an extra attribute to improve when leveling up), many jokes and, of course, references to other titles from the Japanese producer. It didn’t take long to become an absolute classic.

7. Lufia 2: Rise of the Sinistrals

Maybe this one may have passed by many, but believe me: Lufia 2: Rise of the Sinistrals is an excellent representative of the genre. One of the great differentials of this title was its puzzles, which certainly managed to make players spend several minutes trying to find the exact solutions for each one of them. Add to that the possibility of creating monsters to help in battles and a good soundtrack to have a heavy package in the RPG genre.

Children as protagonists, aliens invading Earth and turning dogs and sewage snots into enemies, hamburgers and fries as recovery items, diverse pop culture references and a final battle in which you win without literally beating the villain: if all it does not transform Earthbound in a Super Nintendo classic, so we have no idea how to classify it.

Another title from the golden age of Enix and the period when it rivaled Square for public attention when it came to quality RPGs.

Ogre Battle: March of the Black Queen it was different from many other games that were on the market for allowing the use of different units in combat, in addition to having a card system that offered some aid in battles. There was also no shortage of secrets to unravel throughout the adventure, which even offered players more than one ending.

This is another one that unfortunately did not officially arrive on this side of the globe (but can be enjoyed with a fan translation), but even so it is quite remembered by many as the best of the series for the Super Nintendo.

Here, Square decided to go a little bolder by including some new elements, such as the passing of generations, the possibility of getting married and having children (which received different attributes according to the chosen wife) and even the chance to recruit some monsters found in battle to fight by your side. Add to that a good plot and captivating soundtrack and again you’re in front of a recipe for success.

The representative of the series that allows playing the farmer for Super Nintendo is quite revered by the community. The reason? Until then, no other title had brought a field simulation as well done as the one seen in Haverst Moon (with the right to animal husbandry, festivals, fishing, plantations and much more!), something that certainly caught the attention of a good portion of the public that continues to follow the new games in the franchise to the present day.

It would be unfair not to offer the Final Fantasy 2 a spot on our list of the best Super Nintendo RPGs. It is true that perhaps it does not have the same depth seen in its successor, but even so, the story starring Cecil is quite revered by many and full of ups and downs, inducing the player to go further and further to discover how the plot will unfold. unfold until the long-awaited final showdown.

Another game that many had the opportunity to play thanks to the work of the community, since the Super Nintendo version unfortunately never left Japan.

The title that gave rise to this successful series currently innovated by bringing graphics above the standard for what the console had at the time, in addition to a well-crafted battle system, private interactions between varied characters and other elements that certainly pleased those who had the chance to have fun with this classic.

Let’s go to another game that many managed to enjoy through ROMs with translations (the official release happened only in Japan) and which also gave rise to a successful series.

In addition to an improved graphic style, this title ended up falling in the taste of Super Nintendo owners for presenting battles that took place laterally (without being completely guided by menus or 100% focused on direct action) and in a specific scenario, in addition to different ways to learn new techniques, memorable soundtrack and much more.

Finally, the series Zelda destined for the Super Nintendo. A Link to the Past innovated by bringing two worlds to explore, in addition to several dungeons, an unforgettable soundtrack, memorable bosses and several points to visit in search of secrets and rewards that certainly took up a few dozen hours of the lives of many players.