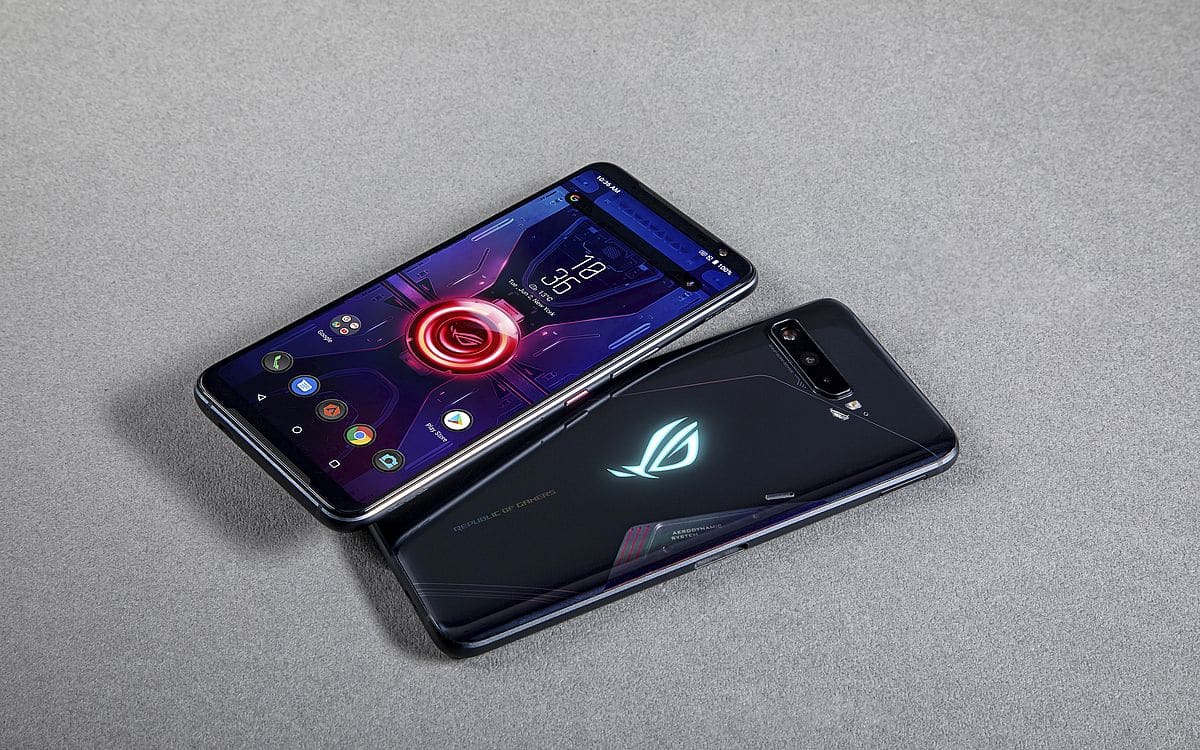 Asus has just officially announced the ROG Phone 3. In line with the previous model, this third generation brings some improvements such as a more powerful processor and a screen with a higher refresh rate. A power monster to play all android games.

ROG Phone 2 is no longer the ultimate gaming smartphone. He has indeed just been replaced by the ROG Phone 3, officially announced by Asus. The terminal aims to be the most powerful on the market in the field of mobility with impressive characteristics.

This is not a revolution compared to the ROG Phone 2, but this third iteration still brings interesting improvements, especially in terms of the screen and the processor.

ROG Phone 3 offers a 6.59-inch AMOLED display with a resolution of 2340 x 1080 pixels. It has several interesting features for the game. The most important is its 144Hz refresh rate (against 120 Hz for the 2), unheard of on a smartphone. This allows for greater fluidity, whether in game or simply in the menus.

The manufacturer promises other nice things like an afterglow of 1 ms, consistent for a screen of this type, and also a very great respect for the colors displayed with a Delta E mean less than 1 (knowing that excellence is below 3). The maximum brightness is 1000 cd / m², according to Asus, which allows you to play serenely even in direct sunlight. 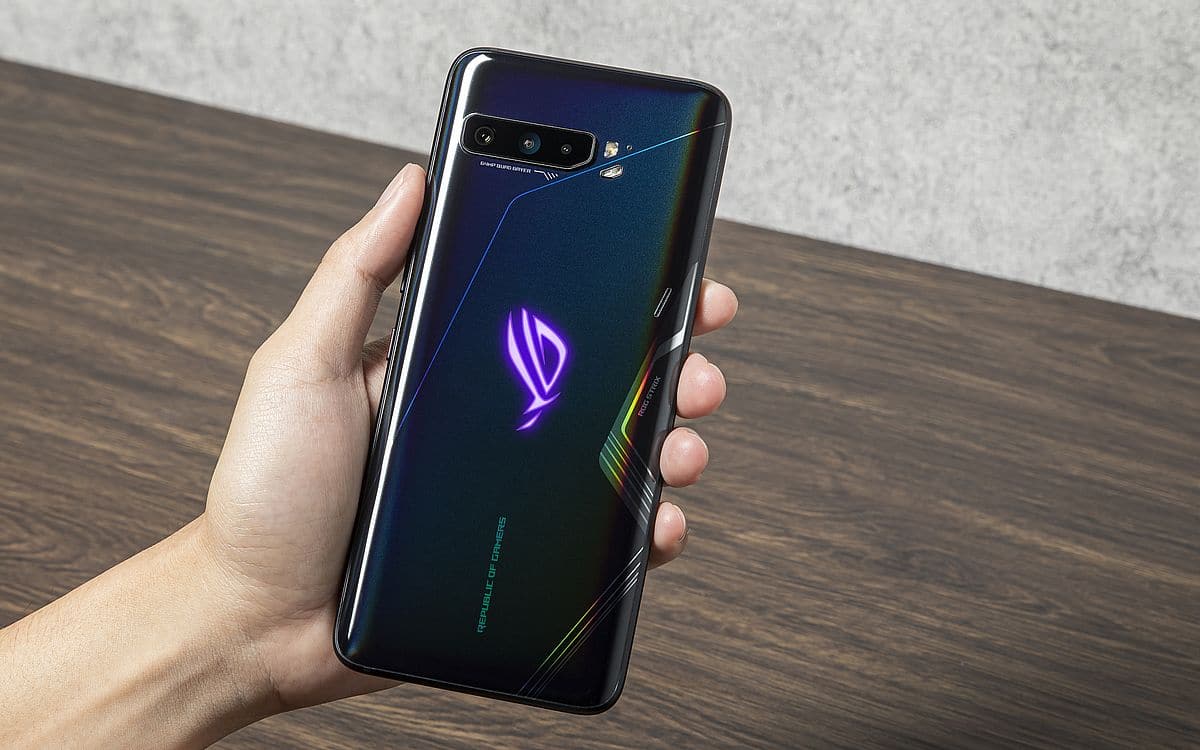 Finally, this screen has a 19.5: 9 aspect ratio to adapt to gaming in landscape mode and is compatible with HDR technology.

Power wise, the ROG Phone 3 is a real monster with a processor Qualcomm Snapdragon 865 Plus which replaces the 855 Plus of the ROG Phone 2. This processor, engraved in 7 nm, is 5G compatible to prepare well for the arrival of the network. It is supported by an Adreno 650 graphics chip as well as 12 or 16 GB of RAM and 512 GB of memory. To avoid overheating, Asus promises a new cooling system designed with a graphite sheet placed behind the screen. We’ll have to see what that gives to use. 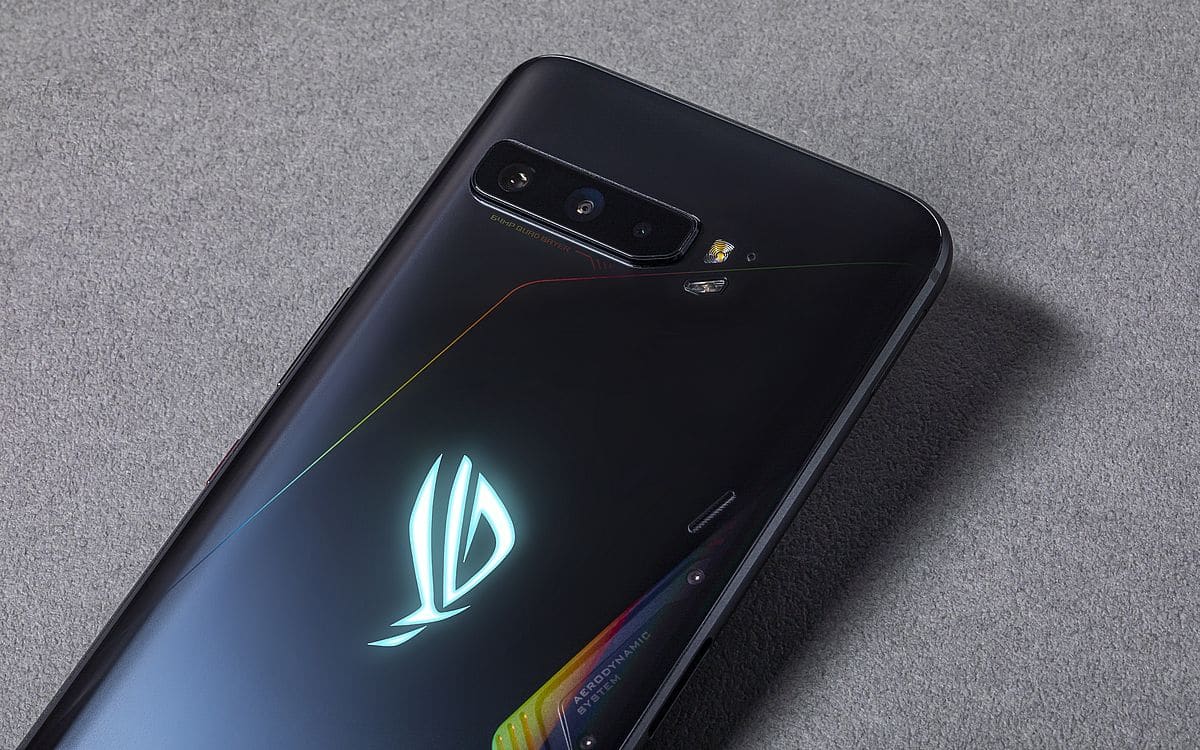 Finally, note the presence embedded software. X-Mode makes it possible to adapt its use, by automatically focusing the terminal on performance when a game is launched. Of course, the smartphone runs on Android 10.

With such power and such a screen, the battery life has to hold up. This is why Asus has placed a 6000 mAh battery in our phone, as was already the case with the 2. Note that the USB Type-C socket is placed on the side in addition to the lower edge, in order to continue to play even in charge. The terminal is accompanied a 30 watt charger to go from 0 to 100% battery in one hour. However, Asus offers to disable this fast charging which has an impact on the lifespan of the product if the user wishes.

The AFN is made up of three sensors, including a main Sony IMX686 64 megapixels. The wide-angle sensor is 13 megapixels and the macro is 5 megapixels. Not the best photo module on the market, but it’s still fair. The overall design of the product takes the broad lines of the previous model and is not finesse with a weight of 240 grams and a thickness of 9.85 mm. The backlit logo is still present on the back. Logical, since it is the hallmark of the range. 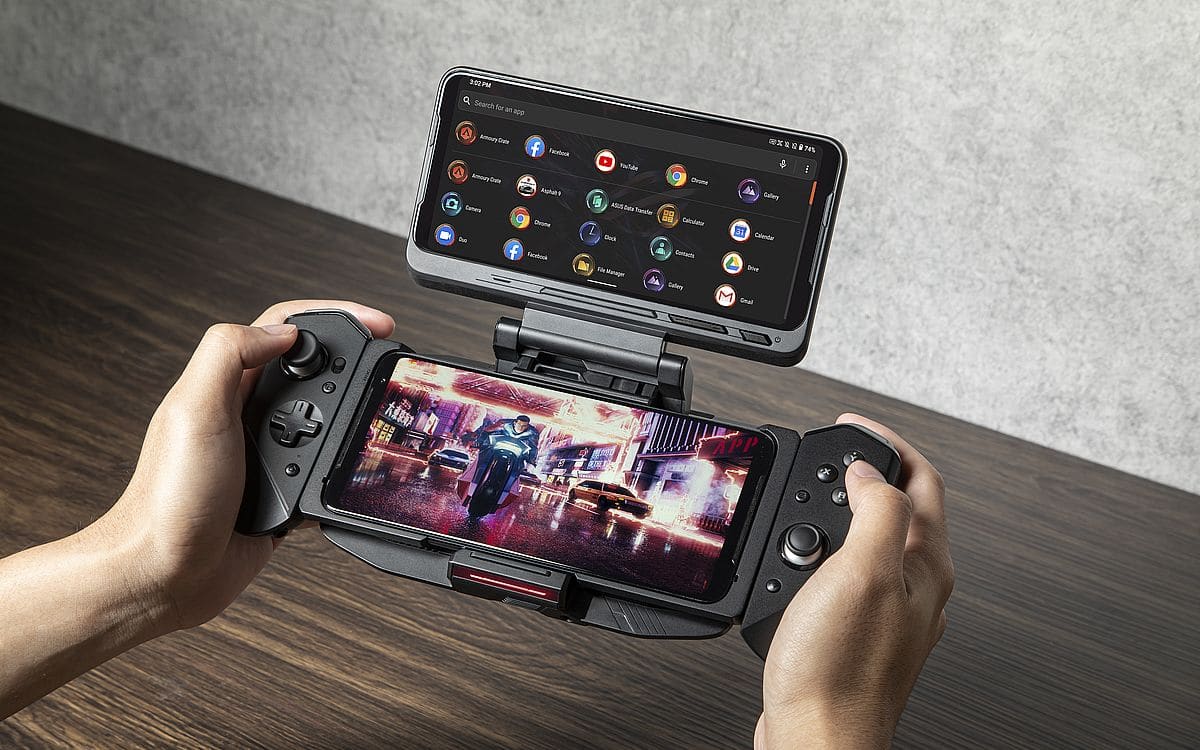 Finally, it’s impossible to talk about the ROG Phone without its battery of accessories (sold separately) such as a controller to be placed on the edges, a second screen or even an LED shell.

ROG Phone 3 is available in France from July 23 on partner merchant sites (Fnac Darty, Boulanger and LDLC). The least powerful model, with 12 GB of RAM, is released 999 euros while the one with 16 GB of RAM is sold 1099 euros.