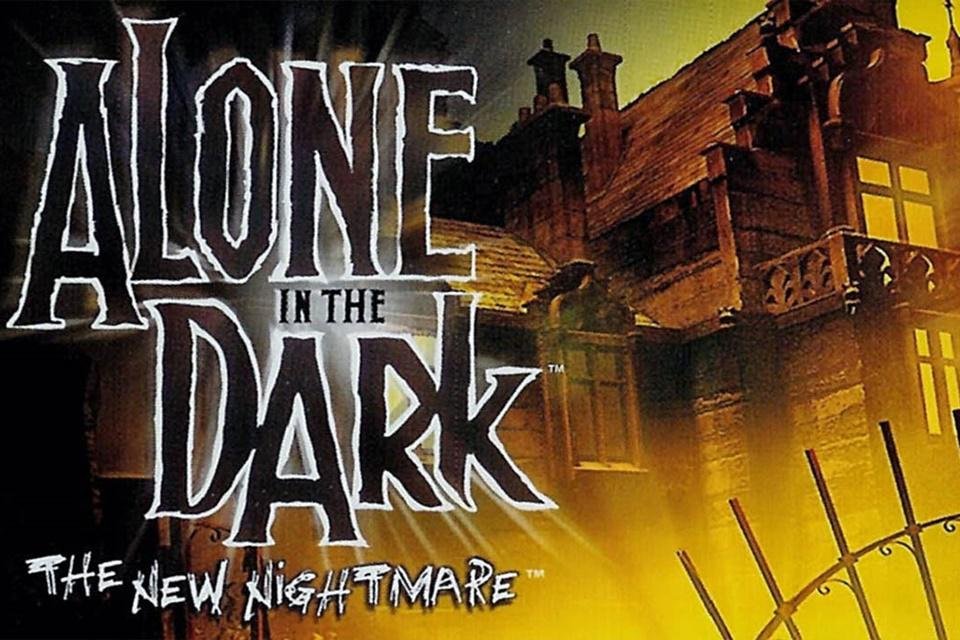 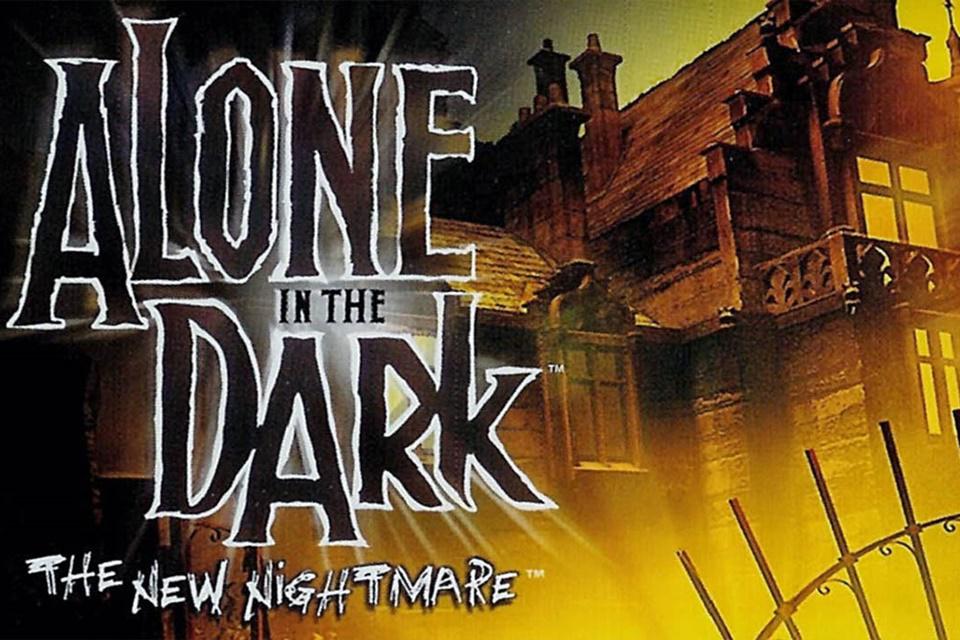 the announcement of PS Plus revamp left many Sony fans excited to check out all the games that will be available in the catalog. While there is no official date for the service to come out here in Brazil, it doesn’t hurt to dream about all the titles we’d like to see there, so we’ve separated a list with 13 PlayStation games that we really want to get into this library.

Amazingly, this fighting game does not follow the story of the saga of Goku, Trunks and Pan, having a mixture of characters from GT and of Dragon Ball Z. It was the first anime game to be completely rendered in 3D and the last made for PS1.

Its gameplay has three modes: Battle, Tournament and Build Up. The first follows the standard style of games of this genre, the second allows you to use eight characters in an elimination tournament and the third gives you the chance to train your favorite warriors to make them stronger.

Despite not being critically acclaimed, Dragon Ball GT: Final Bout was part of the history of many players and deserves a place in the new PS Plus.

Developed and published by SquareSoft, this action RPG with survival horror elements is a continuation of the novel of the same name written by Hideaki Sena. The story follows Aya Brea, a New York police officer who, after experiencing a spontaneous combustion outbreak during an opera on Christmas Eve, must find a way to stop Eve, who is responsible for the act and who plans to destroy the entire human race.

Even though it was considered by some critics to be very linear, the game received high praise for its graphics and gameplay with a real-time combat system with pause. Due to the success, it received a direct sequel called Parasite Eve II e o spin-off The 3rd Birthdayas well as joining the PlayStation Network in 2010.

The first game in the franchise Dino Crisis was developed by the same team of Resident Evilbeing considered by Capcom a panic horror title for causing a greater level of panic than the classic suvirval horrors, with the enemies being faster and smarter, in addition to being able to chase the protagonist through several rooms.

The player takes on the role of Regina, a covert ops agent who is sent with her team to investigate a research facility on remote Ibis Island, only to discover that the site is overrun with dinosaurs. It’s up to her to find a way to escape before they all fall prey to the Jurassic creatures.

Unlike its predecessor, Dino Crisis 2 is an action-adventure game with wider areas, lots of weapons and enemies, a point system to acquire items and upgrades and fewer puzzles. The story involves time travel, with Regina again as the protagonist, in addition to Dylan Morton, a member of a secret group created by the US Army’s Special Forces.

While the previous game, as praised as it was, was considered by many to be a Resident Evil with dinosaurs, the sequel was seen as an enjoyable and original experience, filled with action and incredible settings for the time.

Inspired by the Hollywood car chase genre, Driver drew attention at the time of release for being one of the first to allow players to explore four cities (Miami, San Francisco, Los Angeles and New York) in an open world style and still enjoy a good variety of interesting vehicles.

The plot features John Tanner, an undercover cop and former racing driver who must infiltrate a criminal syndicate using racing skills and investigate the inner plans, which eerily include an assassination attempt on the President of the United States.

The game received very favorable reviews and was so successful that it ended up earning sequels in 2000 and 2004.

As a direct sequel to Legacy of Kain: Blood Omen, Soul Reaver takes place 1,500 years after the events of its predecessor, starring Raziel, one of Lord Kain’s vampire lieutenants, who, after being executed, ends up being revived by an ancient god as a specter reaper of souls seeking revenge.

Although it received negative reviews for its simple and repetitive mechanics, the game was highly praised for its gothic and intriguing plot and for the high quality graphics for the time, becoming part of the Sony Greatest Hits list and being made available on PSN in 2009.

The first game in the well-known FPS series has a story written by the famous screenwriter and director Steven Spielberg, putting players in the shoes of Lieutenant Jimmy Patterson, who is recruited by the American intelligence service at the end of the Second World War to carry out several missions against the Nazis.

Interestingly, the game has secret characters that can be acquired by completing the title or with cheatcodes, including famous historical figures such as playwright William Shakespeare and even a German shepherd and a dinosaur.

The start of the famous survival horror franchise was also one of the first games in the genre to feature a perfectly ordinary protagonist and no combat training whatsoever. The plot shows Harry Mason, a widower whose adopted daughter, Cheryl, ends up disappearing during a family trip. To find the young woman, he must explore the strange Silent Hill, revealing the fearsome secrets hidden in the two “versions” of the seemingly peaceful little town.

Although the other titles in the series have become more popular, Silent Hill It is nonetheless a very interesting work of horror and deserves a chance to be revisited and even discovered by new players.

This third-person shooter with stealth elements was praised at launch for its immersive storyline and innovative gameplay for the time. The plot follows the journey of two US special agents, Gabriel Longa and Lian Xing, who must deal with biological attacks caused by the international terrorist group Black Baton, led by the fearsome Erich Rhoemer.

As much as the story doesn’t seem very original, the game has many interesting elements, being considered a “must play” by Metacritic.

The fourth part of the saga of Ryu, a young man capable of transforming into mighty dragons, is an excellent RPG with great characters, lots of dark twists and a very high quality art direction and soundtrack.

Unfortunately, the debut ended up slightly overshadowed by the launch of the PlayStation 2, but still the game was highly praised for its graphics and plot, becoming the best seller in Japan in July 2000, deserving to be considered a console classic that needs to win. a space in the new catalog that will be made available soon by Sony.

Before the series’ success Marvel’s Spider-Man from Insomniac Games, the friendly neighborhood hero was already present on PlayStation with a game developed by Neversoft, which used the same game engine as Tony Hawk’s Pro Skater.

In it, the hero must find a way to prove his innocence after being framed by a doppelgänger and becoming wanted by the police. As little doom is silly, Parker must also stop a symbiote invasion orchestrated by Doctor Octopus and Carnage. Fortunately, he can count on the help of Black Cat, Captain America, Daredevil and other important figures in the Marvel universe.

This Norse mythology-inspired RPG follows the journey of Lenneth, a Valkyrie who travels across Midgard gathering the souls of heroes who died in battle so they can become warriors in Ragnarok. Along the way, she discovers more about her time as a human, something that was erased from her memory when she became a guide to souls.

With a beautiful look and interesting plot, the game was highly praised by critics. Now that Valkyrie Elysium was announced for PS4, PS5 e PCit would be very interesting to see Valkyrie Profile and PS Plus to prepare for the new adventure.

Despite being canon, the story follows a different plot from the rest of the series, showing the efforts of Edward Carnby and Aline Cedrac, who must deal with evil creatures on the mysterious Shadow Island to recover three ancient tablets that could be the key to a strange and menacing phenomenon.

An interesting fact is the possibility of choosing between the two protagonists in this adventure, with Edward offering gameplay more focused on fighting monsters, while Aline’s mechanics involve more puzzles to be solved.