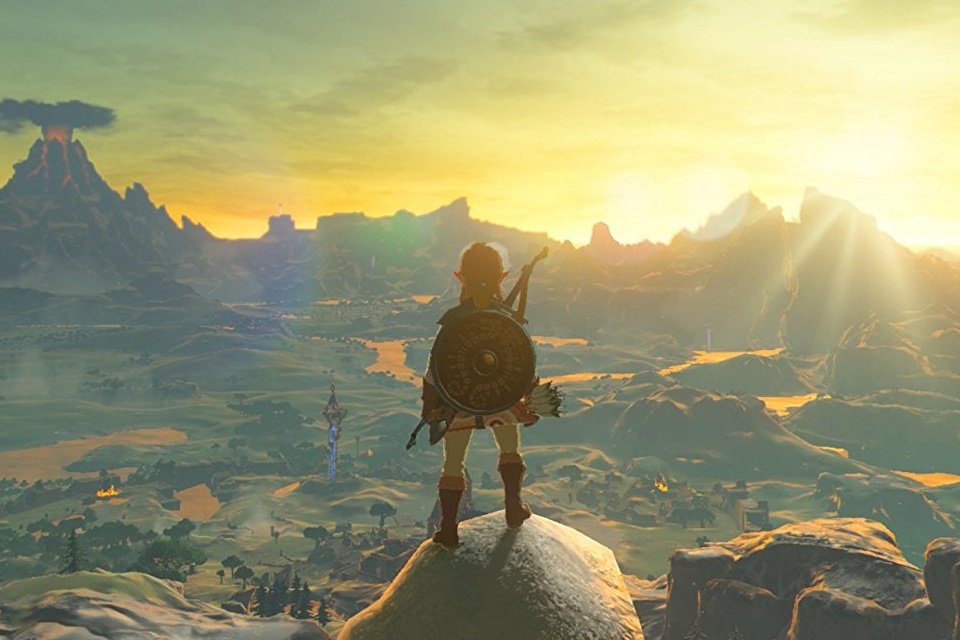 There is no doubt that The Legend of Zelda: Breath of the Wild is considered one of the best titles available on Switch, even inspiring some games that came to the market later or even drawing some similarities with older ones.

If you’re looking for games similar to the one starring Link to enjoy currently, we’ve listed 12 options below that will certainly fill the gap until the release of this saga’s sequel in Breath of the Wild 2.

In Wildbound, the player is asked to control the protagonist Kara, who was caught in a storm and ended up separated from her tribe. Seeing herself in this condition, she needs to use all her survival instincts to create tools and fight the threats present in each area to be explored.

Hyrule Warriors: Age of Calamity has a direct link to the events seen in The Legend of Zelda: Breath of the Wild. All the confrontations here take place 100 years before the events of the last adventure lived by Link, offering more resources to compose the history of this universe.

Genshin Impact has long been known as the Breath of the Wild of online games, and this is due to the graphic style of the title from Chinese producer MiHoYo. Furthermore, there is a vast world to explore in search not only of new challenges, but to discover all its beauties.

Hob is another one of those games capable of enchanting not only for the beautiful construction of its world, but also for bringing several challenges in ruins that are very reminiscent of the shrines from Breath of the Wild. Add it all up to a good challenge and you’re sure to have a fun title to check out.

In addition to the approach to the series Zelda for introducing a lone protagonist, Effie also involves a lot of adventure to help Galad get rid of the curse cast by a witch – and defeating her is the only way to make him able to regain his youth.

The Oceanhorn series was born with several comparisons associated with the Nintendo franchise, but it has its own charisma to ensure its success. The formula used here involves navigating the seas, sword fighting, exploring dungeons and many other elements that are sure to grab your attention.

Here’s another title that was known to be inspired by Zelda, especially Breath of the Wild – after all, in addition to several weapons to help Fenyx face various dangers in order to save Greek gods, we also have access to spells and even a glider to facilitate locomotion through the various areas of the game.

Here we follow the story of Sable during the Avoo, a rite of passage in which we are invited to pass through deserts and areas with various spaceship debris. We also have a destroyed world like the Hyrule from Breath of the Wild, which will surely bring back many memories for those who lived this adventure.

Sky: Children of the Light is a title signed by the creators of Journey and Flower, so out there we can already expect beautiful environments to explore and an adventure that will surely be able to touch your heart – as well as having a lot of fun.

This game doesn’t have the same look as the Nintendo title, but we have some similarities between the second episode of this saga based on the JRR Tolkien books and Breath of the Wild, such as freedom of exploration, combat using swords and archery, points to climb and much more.

The remake of the second Secret of Mana released for SNES embraces a graphic style similar to that seen in the Nintendo Switch game, and has a very pleasant story to follow through various combats with real-time action and dungeons to explore.

For a while some people have referred to Horizon: Zero Dawn as Sony’s Zelda, but the fact is that he has proven he has the charisma of his own to depart from this title quickly, as well as giving the Aloy saga a loyal fan base and plenty copies sold around the globe.