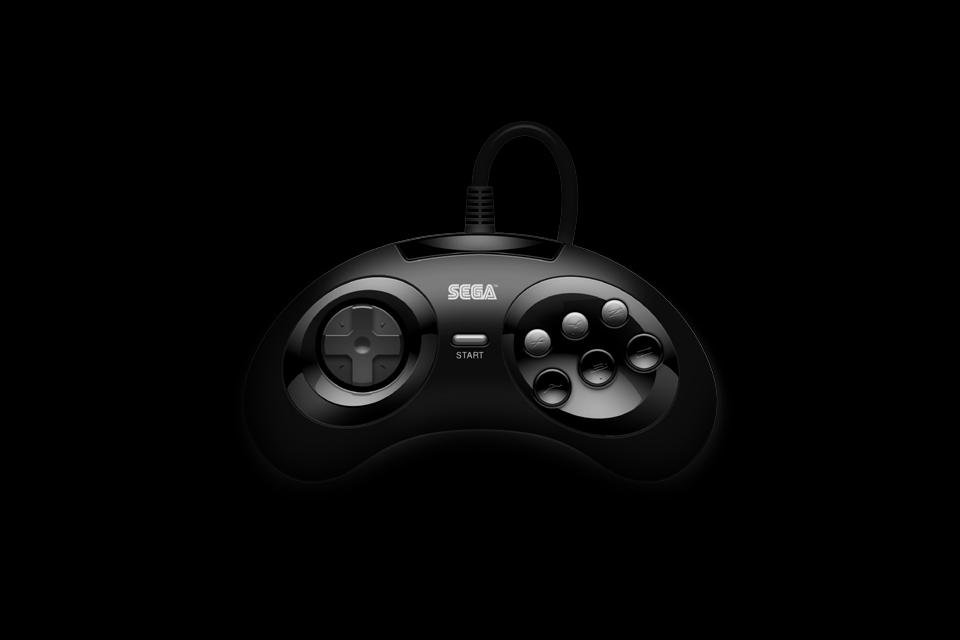 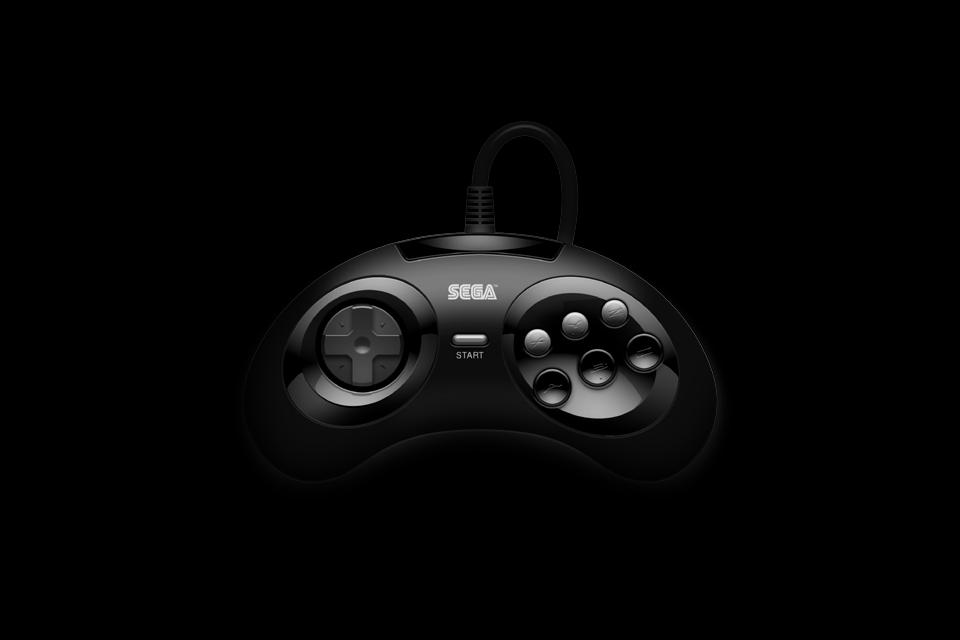 darling of many gamers until today, the Mega Drive 16-bit device from the Japanese company Sega (called Genesis in the United States) competed directly with the Super Nintendo, console of its rival Nintendo. Launched in 1990, it hosted hundreds of games that entertained players around the world.

As much as the flagship of the Mega Drive have been the games from Sonic, the friendly hedgehog who collected rings, the console was also known for its large number of fighting games of all kinds. We’ve prepared a list of the best games of this genre on Mega so that we can allay the longing of so many addicts to this video game.

Here we have a pioneering game in many ways: it was the first to use three-dimensional graphics in arcade, and helped popularize this genre in the industry. already in Mega Driveit was the first game to use animation technology through motion capture, which was quite a step forward.

Although it is 2D in the Mega version, its gameplay has made it a huge hit on the console. In addition, the quality of the graphics and the presence of well-developed characters made it Virtua Fighter 2 become a true classic games of fight.

Probably when you think about Mega Drivethe first thing that comes to mind is Sonic. But if you think about “Fighting on the Mega Drive”, surely, the most classic game of all is the first Streets of Rage. It was released in the United States in 1990 and in Japan in 1991 under the name Just Knuckle.

different from others games from this list, the Streets of Rage It’s in style beat ’em up, which means that, in this game, you have to face a lot of enemies in melee at the same time. It centers on three police officers (Adam, Axel and Blaze) who must fight a criminal organization called “The Syndicate”, commanded by the mysterious Mister X.

The game has dark and bold graphics for the time, but the great differential of the franchise (Streets of Rage had two sequels) is the masterful soundtrack by Japanese composer Yuzo Koshiro, a big name in the business.

Another very famous franchise within the games it’s the bloody Mortal Kombatwhich scandalized many people with its ultra violent blows and its infamous fatalities. The first of these games was released in 1993 on Mega Drive and was very successful introducing fighters like Sub-Zero, Liu Kang and Scorpion, among many others.

A curiosity: in relation to the Super Nintendo version, the Sega game was more explicit. Combat caused high amounts of blood to spurt when an opponent was hit, which was not the case on the rival console. Therefore, in this “fight” between the developers’ fans, Mega Drive players had some advantage.

This game has a very curious history. Yuyu Hakusho Sunset Fighter was released in Japan and Brazil, but not in the United States. This is because, in Brazil, the anime of the same name that was shown by TV Manchete.

The game is based on a manga and focuses on martial arts. Despite not having great news, it is a game very fun: it brings good graphics, scenarios with special effects, digitized voices and an engaging soundtrack. Oh, and another important factor: this is one of the few Mega Drive which allows the participation of 4 players at the same time.

This game emerges as an arm of the franchise Dragon Ballvery popular in the 90s. Here in Brazil, the game got it right and managed to conquer the thousands of fans and Goku and company. In total, there are 11 character options to choose from, a pretty considerable number.

With a style very similar to Street Fighter II, Dragon Ball Z : Buyû Retsuden It may not be the best example of a fighting game on this list, but it brought some important innovations within the genre, such as the use of huge battle arenas divided into two planes, involving ground and air. The game even exposed a sort of on-screen radar for players to locate their fighters in the scenario.

The second game Mortal Kombat is not always the most loved by fans, but has won many awards. Following the success of the first game, the new edition became darker, but also had a wider color palette.

In Mortal Kombat 2, the number of fighters was increased: it jumped from 6 to 12. The Mega Drive version still had some easter eggs (those “secrets” that are hidden in the middle of the game), such as secret characters, phrases that could be unlocked, and even a fatality special called fergalitynamed after a developer employee named Ferg McGovern.

Anyone who knew it, knows: this game was really special. The premise of Eternal Champions It was very original – 9 warriors killed in different eras are brought together by a mysterious entity, in order to try to restore balance to the world.

This was the cue to build really interesting characters, like an alchemist who was burned as a witch and a ninja who was thrown off a building. on the ride of Mortal Kombatthe game also brought its version of the fatalities: You could reenact the original warrior deaths if you did the right commands.

From arcades to consoles, the Super Street Fighter 2 was an absolute success in Mega Drive and on the Super Nintendo. In Sega’s video game, it arrived in 1994 in a 40 megabit cartridge – that is, the largest size of a cartridge up to that time. That means more room for extra attractions, alternate game modes, and more vividly colored graphics.

The game offered 16 fighters in total, new fighting arenas, and renewed gameplay, with different moves and combo options. Without a doubt, we have a fan favorite here.

For those who like a game old school, Pit Fighter is a good choice. Here, three martial arts fighters (each with their specialty: wrestling, kickboxing and a more hands-on style) are summoned to face enemies in settings such as parking lots and bars. Even barrels and bottles can be used to increase the blows.

The coolest thing about the game is that there’s an excited audience that screams, cheers and interacts – if an enemy throws you into the audience, people will promptly push you back into the arena. Pretty advanced effects for a 1991 game, no?

Another game perfect for anyone who enjoys martial arts. The second game became better known than the first, Fatal Fury: King of Fighters, due to better gameplay of the fighters. O game takes place after the end of the first one, when the villain Geese Howard died after being kicked off a skyscraper. The King of Fighters tournament is reassembled and the characters have to face each other again.

Over the years, the franchise Mortal Kombat was generating fruits and games that evolved the proposal of the game original. Ultimate Mortal Kombat 3, an updated version of MK 3is considered by many people as the best example of this classic fight within the Mega Drive.

The game brought new graphics and a spectacular feature for the time: the characters were now fully digitized from real actors. New fighters were also brought into battle, and the scenarios changed during the fight – which is one of the coolest features of this game. game.

Another attraction was the introduction of new endings in the game: in addition to the well-known fatalitynow the player could apply a babality (which turned the opponent into a baby) or a animality (which turned him into an animal).

Finally, another darling of the fighting game fans of the Mega Drive. Unlike most games of the genre, set in contemporary times, Samurai Shodow takes place in feudal times in Japan, and you command fighters who are (guess what?) samurai.

His playstyle is very fast and attacks are agile, minimizing the criticism faced by others games similar. Nonetheless, Samurai Shodow It also featured a slow motion feature that exposed damage dealt to enemies. In 2019, the game was relaunched in a new version for the new consoles on the market.