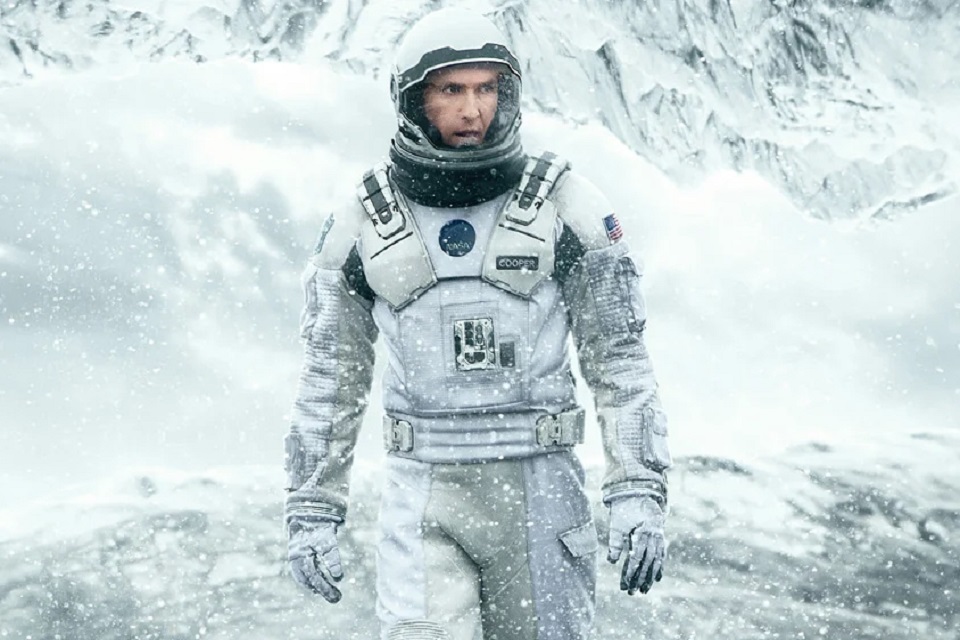 Movies about space? It’s for now!

Humans are naturally curious beings. Perhaps for this reason, the idea of ​​belonging to such a large Universe has always aroused the interest of many scholars in exploring space. This has even generated hypothetical wars, hasn’t it?

Despite this, the productions that focused on the cosmos, for the most part, investigated very complex themes about the psyche of individuals. Check out some science fiction films about space that are not to be missed!

Released in 2011 and featuring the precise direction of Ridley Scott, Prometheus serves as a prequel to Alien: the eighth passenger (1979).

In the plot, after an extremely delicate landing in an arid desert, the crew members of a ship, who are on a very important mission, end up making several mistakes. This leads them to face several challenges on their journeys, culminating in something truly terrible. 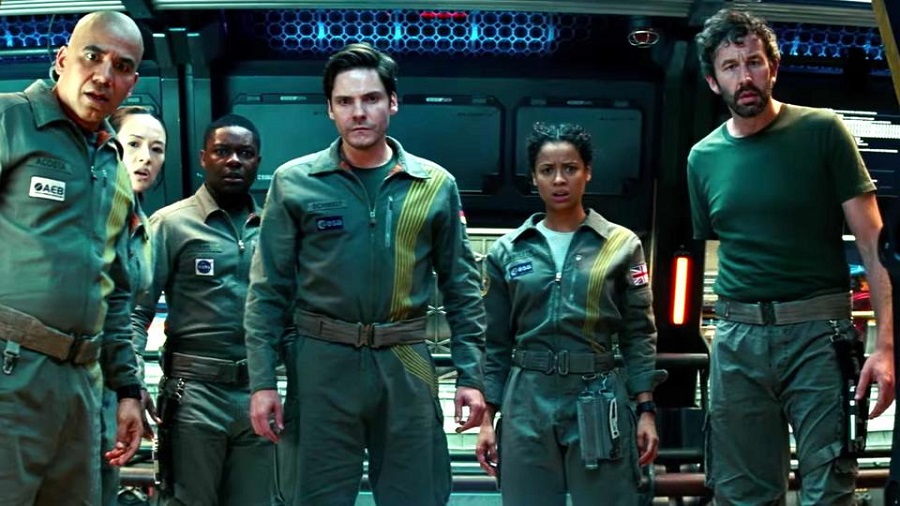 Creating elements for the franchise Cloverfield, the 2018 feature takes some characters to explore space, while losing each other, even in different dimensions.

With this narrative construction, there is a science fiction film with great hints of horror, showing the struggle for survival of those responsible for a large space station, in addition to bringing familiar elements from other productions to the viewers. 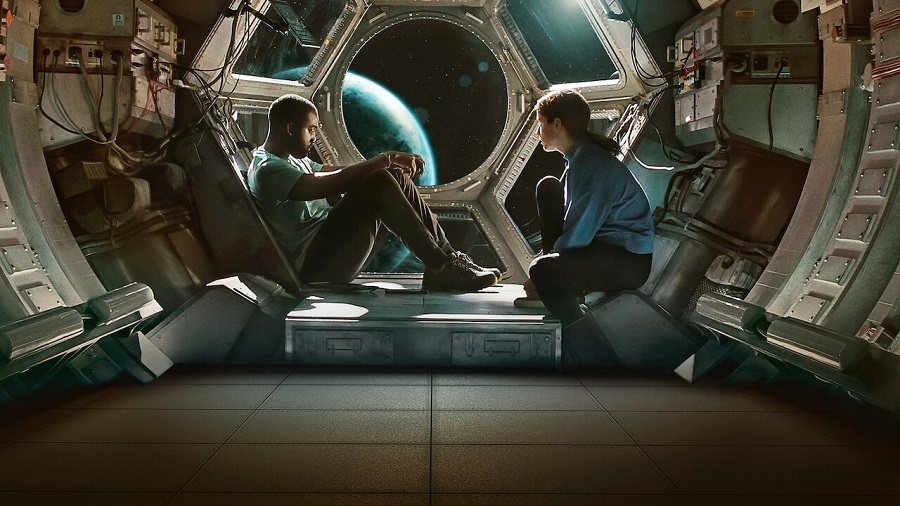 Recently released by Netflix, Accidental passenger (Stowaway, in the original) has a great cast. Toni Collette, Anna Kendrick and Daniel Dae Kim play three astronauts who were sent on a mission to the red planet.

However, the group faces a major dilemma after the arrival of Michael (played by Shamier Anderson), who gets involved in the mission in an unexpected way. The film is made up of really impressive images that recreate the space in a surprising way. 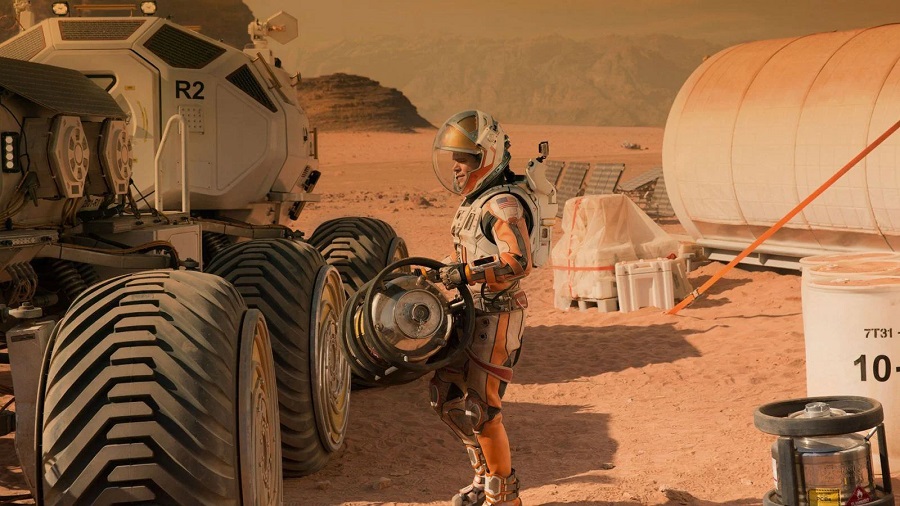 Based on the book of the same name by Andy Weir, Mark Watney (Matt Damon) is the main character in this adventure full of interesting nuances.

The protagonist is abandoned by his teammates on Mars after being hit by foreign material and presumed dead. As he is alive, he will need to fight for his survival, growing potatoes and saving natural resources until his rescue is possible. 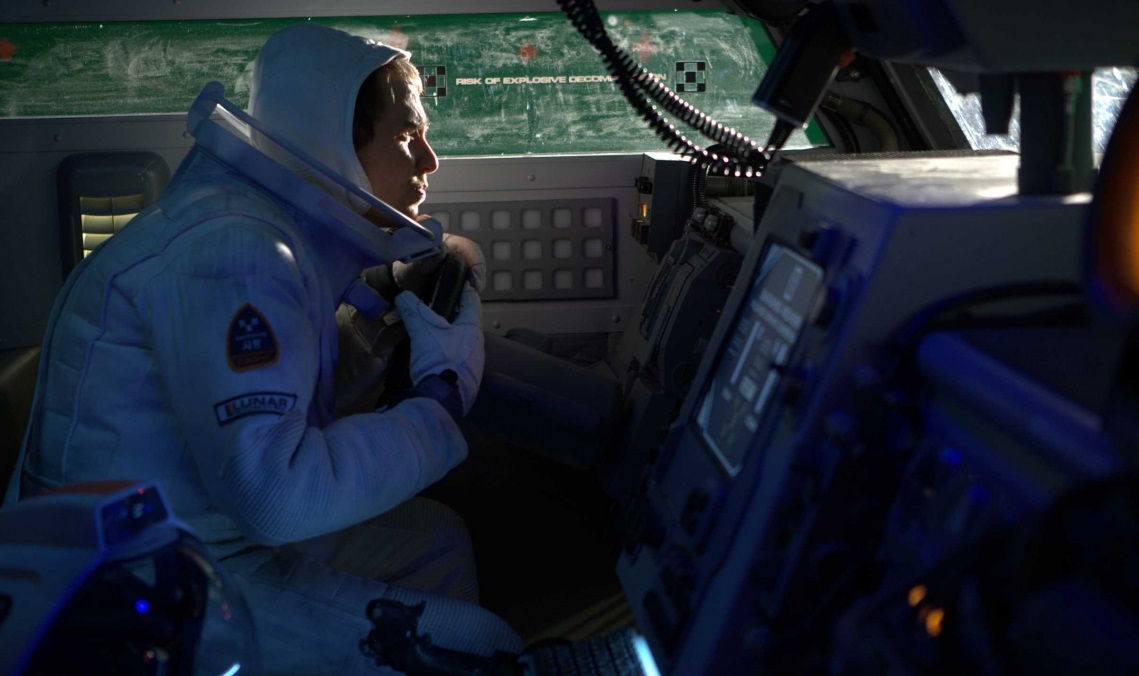 During a very complex space mission, Sam Bell (Sam Rockwell) wants to return home. However, there is a long journey ahead, in which he only has his own company and that of a robot named Gerty.

Gradually, the character realizes that isolation and loneliness are weighing on his routine, making him question his own existence. It is from this point that hallucinations and paranoia hit him, making him even create a clone of himself. 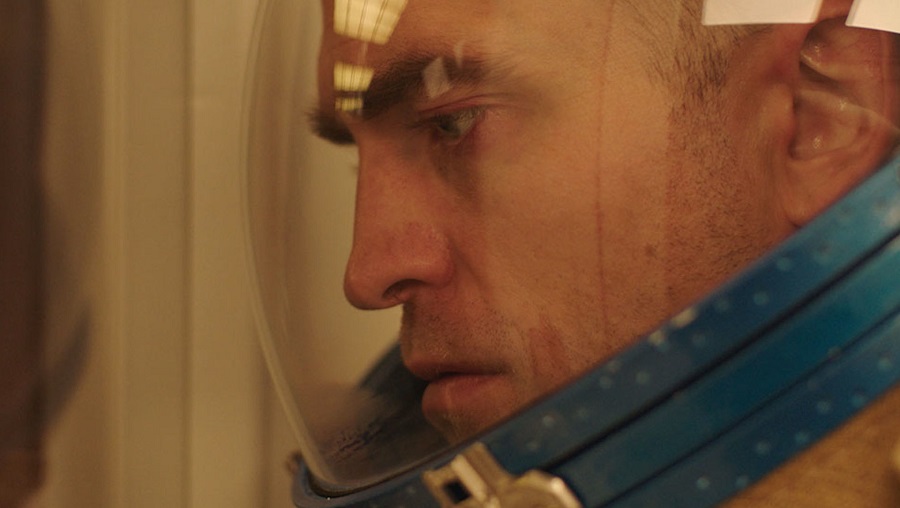 In the not-too-distant future, the sentence for a group of criminals is to explore space. Thus, they are sent on a very dangerous mission, in which they will have to rely blindly on justice, facing surprising challenges.

In this sense, Monte (played by Robert Pattinson) wants to find alternative energies in the closest black hole to Earth as soon as possible so that he can protect his daughter from any danger. 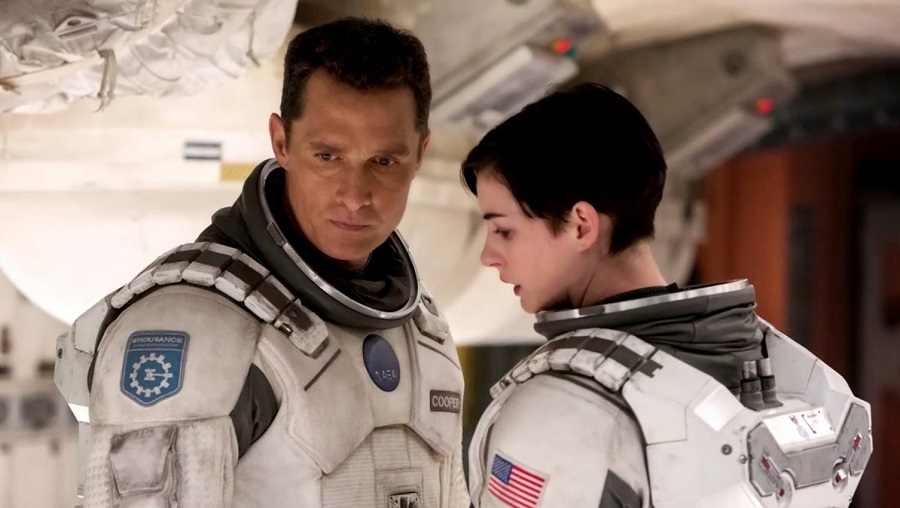 After agreeing to travel on a space mission that may have no return, Cooper (Matthew McConaughey) must stay away from Murphy (Mackenzie Foy), his daughter. The girl rejects the idea and does not say goodbye to her father.

In space, Cooper and his team suffer an accident that leaves them wandering for a short period, however, as time is relative, it could be that when everyone manages to get back to Earth everything will be completely different. 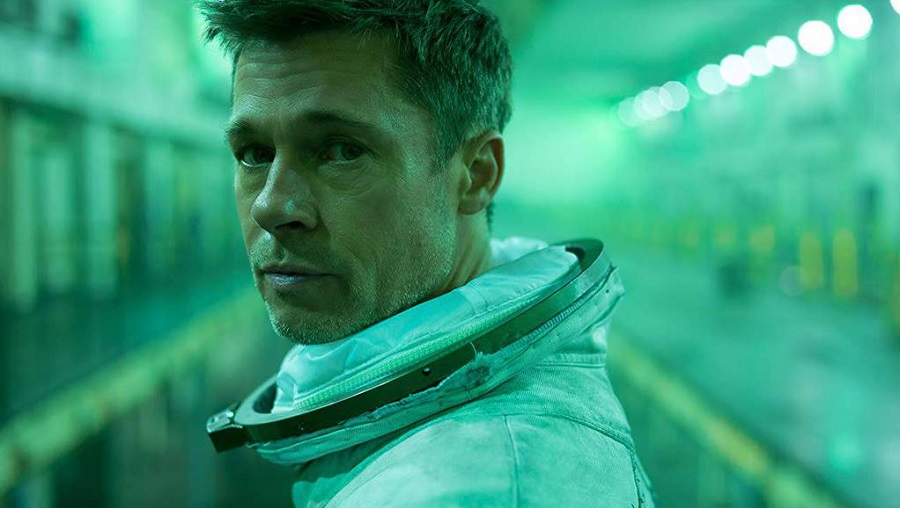 Roy McBride (Brad Pitt) must face his fears on a quest that can give him answers about his past.

During this time, he wishes to reconnect with his father, who could be living with aliens. But is this double obsession really true? On his journey, the character discovers a lot about his own psychology, while remaining alone in his thoughts. 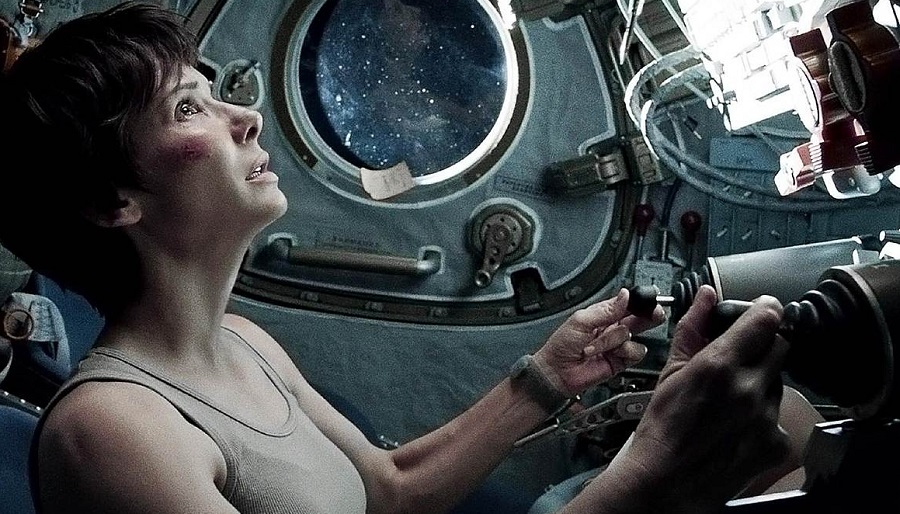 Directed by Alfonso Cuarón and starring Sandra Bullock, Gravity has a unique and extremely captivating look.

In the plot, Ryan Stone must fight for his survival while adrift in space. Gradually, she explores the universe in search of alternatives that will make her return to Earth safely. With the difficulties posed, the character thinks about the future. 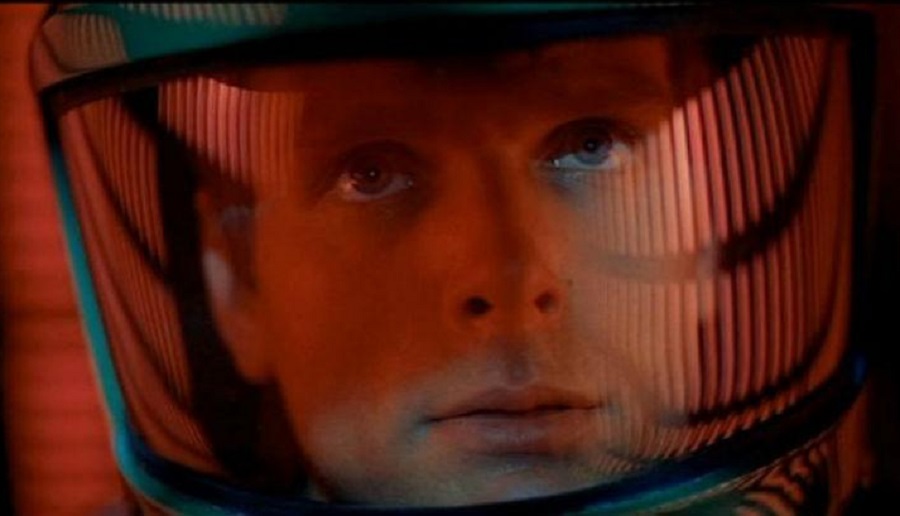 Closing the list, a classic that deserves to be watched by science fiction lovers. 2001: A Space Odyssey, by Stanley Kubrick, has many theories about its conception. The film is available on HBO Max, showing how the advancement of technology could directly affect human relationships, especially when we are more vulnerable (in this case, loose in space).