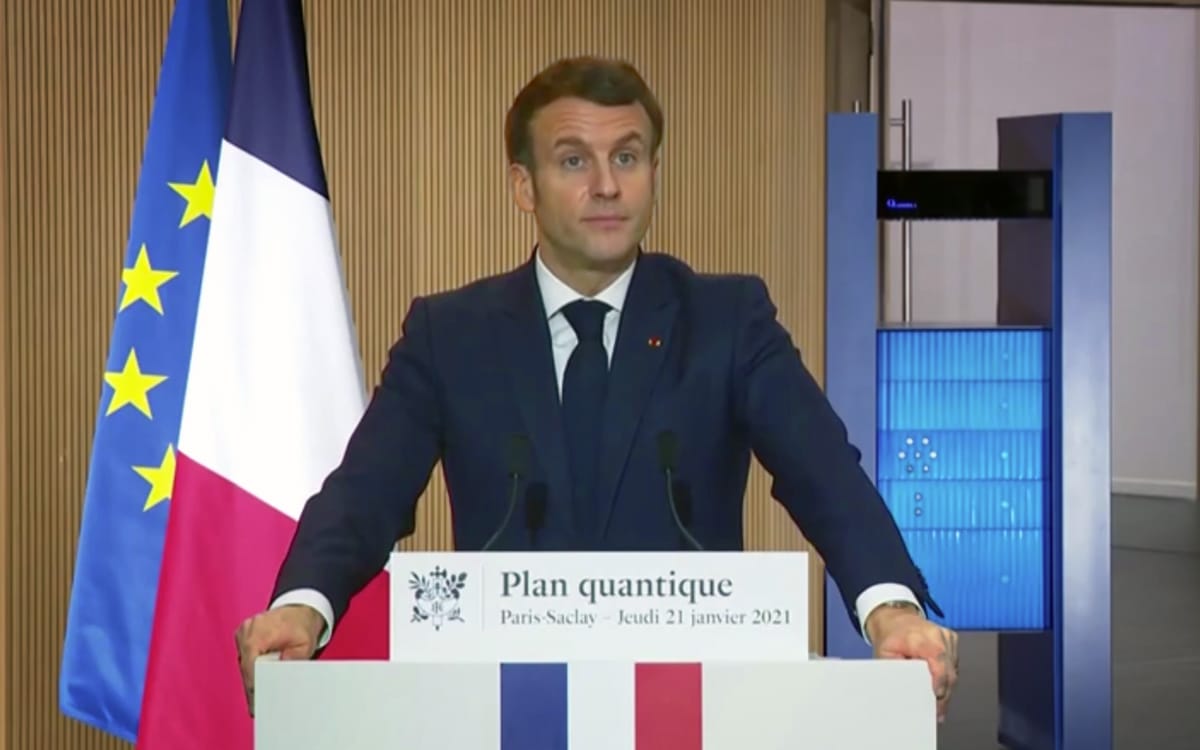 Emmanuel Macron formalized the Quantum Plan: it is a set of measures to stimulate research and development of technologies around quantum computing. France will invest 1.8 billion euros over five years.

France has given Thursday, January 21, 2021 the kick-off of its quantum plan: a series of funding and measures which should stimulate the quantum computing industry in France. The announcement was long overdue – it must be said that the health crisis has passed by and that the announcement of new investments had temporarily passed into the background. For the rest, the French strategy looks like the one around artificial intelligence with the AI ​​Plan launched in 2018.

The government endowed it with 1.8 billion euros over five years – an amount that may seem small compared to investments from countries like China where more than 10 billion dollars have recently been announced. But investment is much higher than in most OECD countries. Above all, it exceeds the expectations of the sector, which relied on 1.4 billion euros. In the most developed countries, excluding the United States and China, only Germany blocked a larger budget at 2 billion euros.

French research will focus on IT, sensors and quantum communications. The plan brings together the many talents in France who work on quantum or enabling technologies, ie those which will be essential to take the next step – around the CNRS, CEA and Inria. Synergies are possible with the German plan, pending the establishment of a true European quantum plan. It must be said that quantum computing is just beginning, and that many technologies need to be developed to make it viable.

What differentiates quantum computing from binary computing is the use of quantum phenomena such as layering and entanglement to perform calculations. Classical computing, on the other hand, works with binary signals (1 or 0, open circuit or closed circuit) – it’s all or nothing – while quantum calculations obtain their result by means of much more nuanced “probability vectors” . Bits of classical computing which can only adopt two states, we therefore go to qubits which can individually reflect many parameters.

It has long been believed that this approach may make it possible to perform certain calculations not possible with conventional computers, or to speed up certain complex calculations. This is what Google seems to have recently demonstrated. Quantum computing is also attracting a lot in cryptography, as taming overlay and entanglement means that a recipient can know if a message has been intercepted by a spy, for example.

Quantum computing has many challenges to overcome

These properties are in fact linked to the observation of the quantum state: the fact of consulting a quantum message along the way causes the probability function to collapse, which makes it illegible for both the interceptor and the recipient. However, entering the quantum era will not be easy. There is indeed a number of major issues. The first of these is that quantum systems must remain in a so-called coherent state, and must therefore be maintained at temperatures close to absolute zero.

For the time being, this implies imposing cryogenic refrigeration devices. It is also necessary to isolate the system from any outside interference.. This also implies another problem, because adding Qubits involves even more effort, since they can locally raise the temperature, and their state can have an influence on the state of adjacent Qubits. There is also the question of measurement, with so far many errors that can complicate the interpretation of the results.

Finally, there is the field of quantum computations and programming where many things remain to be invented. Obviously, with the promises of this technology, we understand that staying away condemns us to dependence on large groups like IBM, or countries like China. Quantum computing indeed resembles these coming revolutions, like the advent of the internet., which will really change the world. To remain on the sidelines would undoubtedly be depriving ourselves of part of our sovereignty.

Not to mention the thousands of talents and companies that this type of initiative can promote. The allocations provided for under the quantum plan may also change “in the event of a major discovery”.